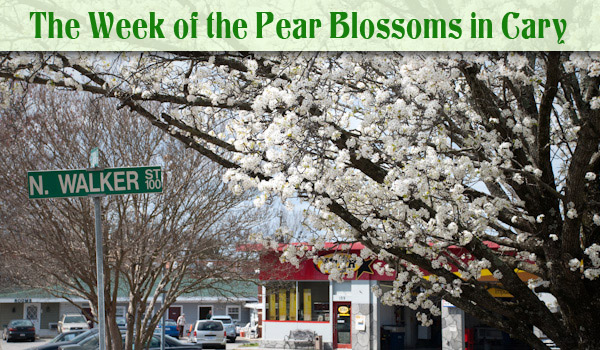 Cary, NC – Spring does not obey the laws of man. It comes and goes when it pleases, sometimes earlier, sometimes later, but always in it’s own sweet rhythm and time. This week, the pear blossoms are out, turning Cary into a Dr. Suess fairyland of white.

The Week of the Pear Blossoms in Cary

I could see the blossoms swelling last week, a few hints of white popping out among the bare branches. But over the last 48 hours, the pear blossoms have exploded all over town.

So I decided to drive around, enjoy the spectacle, and take a few pictures of pear trees in different situations in Cary.

I started downtown. The first picture (above) is at the corner of Walker and East Chatham.

This next picture is at the same corner. I just turned around and looked at the street light poking up like an errant branch through the tree. 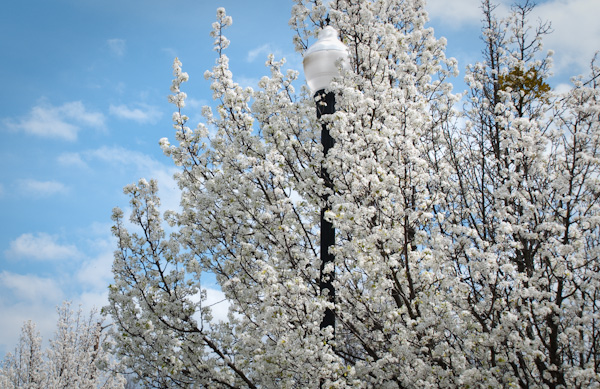 The next two pictures are further east on Chatham, across from the Chatham Square shopping plaza. 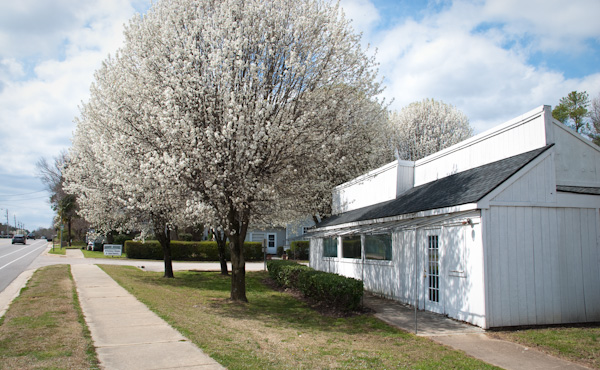 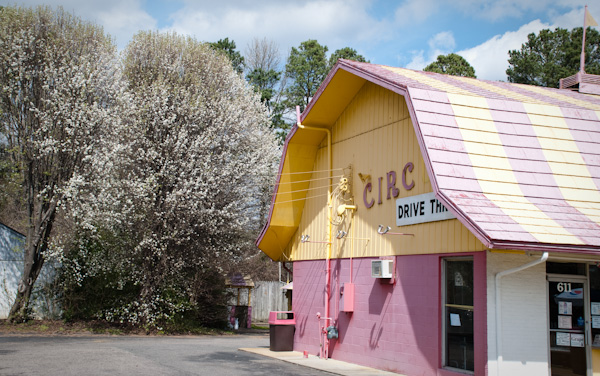 I zipped back west on Chapel Hill Rd. 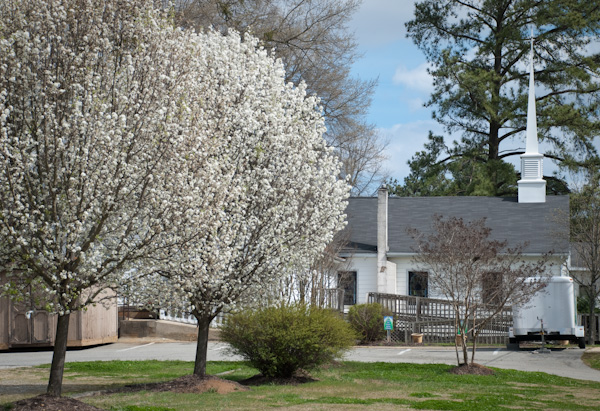 These next two are on Green Level Road, west of NC 55. 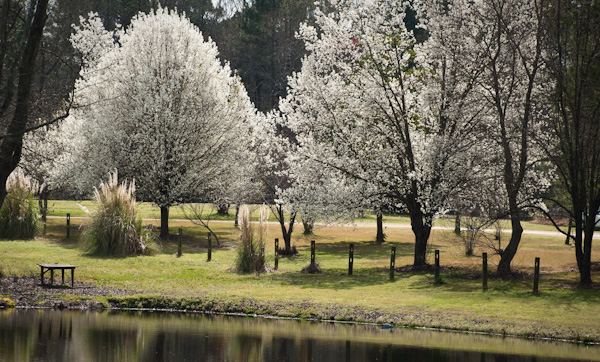 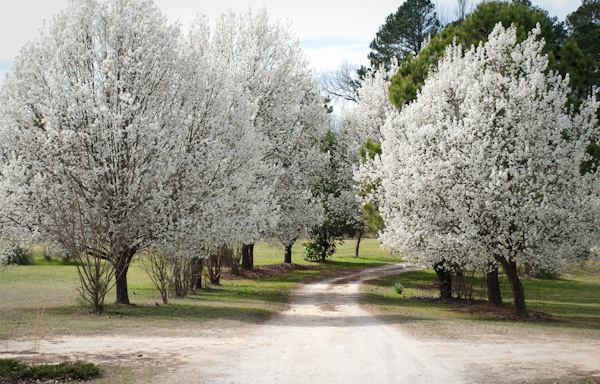 Finally, I ended up back in my own neighborhood off Waldo Rood. 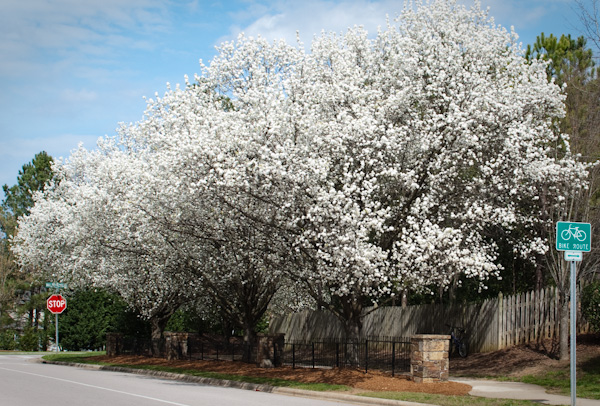 For decades, the ornamental pear tree (pyrus in Latin) has been a favorite in suburban yards and thoroughfares.

It grows quickly (but not too tall), assumes a pleasing conical shape, blooms early and holds its leaves until the very end of the autumn. Cultivars like Bradford or Callery pear produce little-to-no fruit, are disease and drought resistent, and perfect for planting in long rows.