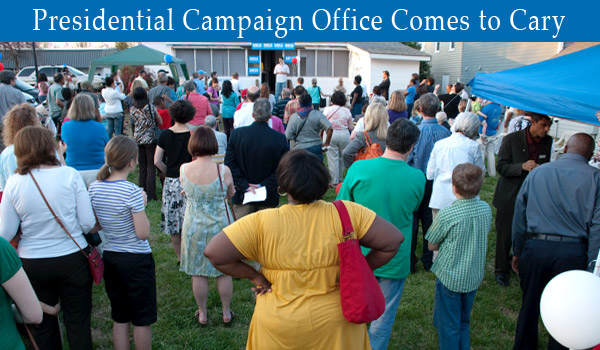 Cary, NC – As readers of this space know, we try to stay out of politics. But it’s news when a Presidential campaign decides to open its first NC “small town” office in Cary.

“Value of the Community”

The office is for the Obama 2012 campaign and is located at 237 West Chatham Street downtown. They held a grand opening last night and attracted more than 100 eager volunteers.

Other campaign offices are in big cities across the state – Charlotte, Greensboro, Asheville and Wilmington. “This is the first true ‘small-town’ office in NC,” said Cameron French, Obama spokesman for North Carolina.

“It speaks to the value of the community,” French said. In November, Obama 2012 hosted a fund raiser at Cary Arts Center featuring singer-songwriter James Taylor.

“Is the President coming here?” I asked.

Campaign officials wouldn’t say if the President would come to our office in Cary. But with his frequent stops in NC, it may not be a long shot.

For a town that used to be a railroad junction, a presidential campaign office seems like a big deal.

Who will be next to open up a campaign office in Cary? Whomever it is, we’ll be there.

It’s another small sign that Cary is becoming a hub, not a suburb, both in the Triangle and in the state. 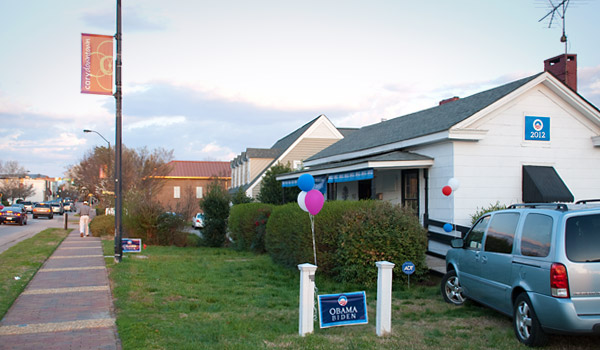