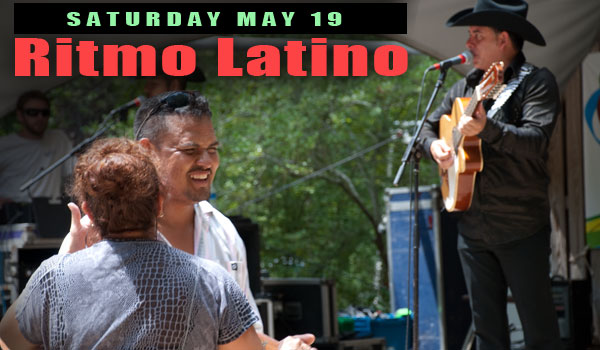 David Flores, president of Diamante,  said that the organization had “listened to feedback from past patrons who said that August was very hot and that the past location in Bond Park limited the festival’s visibility”.

When Lyman Collins, the Town’s Cultural Arts Manager, approached the group to move to Downtown they really liked the idea. Diamante normally holds a book fair during the Spring, so switching that indoor event to the hot month of August, and the outdoor Ritmo Latino to the cooler month of May made a great deal of sense.

Whats in A Name?

“Ritmo” means Rhythm in Spanish, and through music the festival focuses on sharing the Latin Culture with the community, hence “Ritmo Latino”. A full day of music and dance performances highlighting many different Latino cultures is planned on Academy Street between Dry Ave and Park, where the street will be closed to traffic between Noon and 7pm.

Part of the push for more festivals in the streets downtown, the Diamante group is also excited to be more visible and hopes to continue to attract a diverse population to take part in experiencing Latino culture. David added that the group is excited to “support the rejuvenation of the Downtown area” and that he is pleased that the Town “asked us to be downtown.” He added they have given Diamante tremendous support as the main sponsor of their event.

A Kids Zone will be set up with free face painting and bounce houses. Cary Creative Reuse Center will show kids how to create crafts from recycled materials. A first for the area will be outdoor laser tag from Extreme Kombat, a company owned by a Diamante board member.

The Children’s Philharmonic Orchestra (Kidz Notes) from Durham will take the stage during the day. This group teaches over 150 underprivileged children to play classical music including violin, cello, and violas at little to no cost. Twenty of the group’s musicians perform on Saturday.

The RailHawks plan a free soccer clinic from 2-3pm in the grassy area across from the Cary Arts Center. Kids can sign up on the spot to learn from the pros. Swoops the mascot should make an appearance as well.

Singer Jenny La Voz will perform Friday May 18, as a prelude to Ritmo Latino, and part of the Starlight Concert series at the Page-Walker. This free concert night is usually the most popular of the Starlight series. Grupo Sarangue will also perform music that is a mix of Meringue and Salsa.