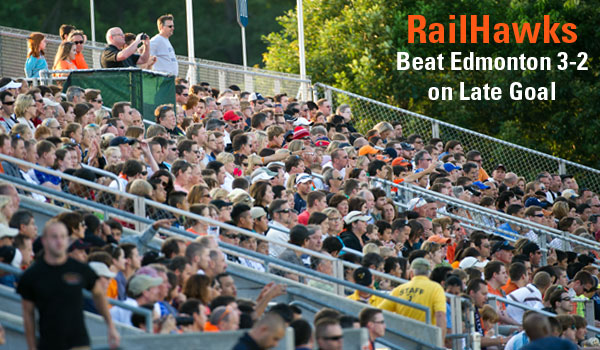 Nick Zimmerman tied it up for the Hawks with an unassisted goal at 29:06 – a great shot to the far post.

In the second half,  Zack Schilawski had a great chance to add to the score in the 64th minute for the Hawks but it was a near miss. Kyle Porter of Edmonton pounded a left footed shot in to re-claim the lead in the 73nd.

In extra time, Carolina’s Ty Shipalane “danced by 4 defenders” (that’s from the official boxscore, folks) and scored the game-winner for the RailHawks.

Coach Clarke’s strategy of bringing Shipalane off the bench late in the game bears dividends once again.

On Saturday, September 8th, the RailHawks will return to WakeMed Soccer Park after a road trip to play against the San Antonio Scorpions. Prior to the game fans can visit the RailHawks Homebrew Soktoberfest, which will include local homebrew sampling and Lonerider beer for $10. For information www.CarolinaRailHawks.com. 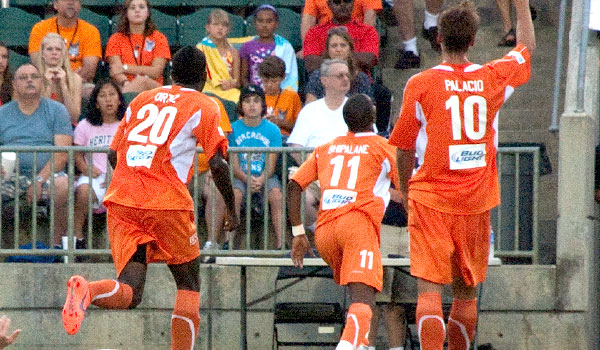 Cow Parade Marches into the Triangle This Weekend