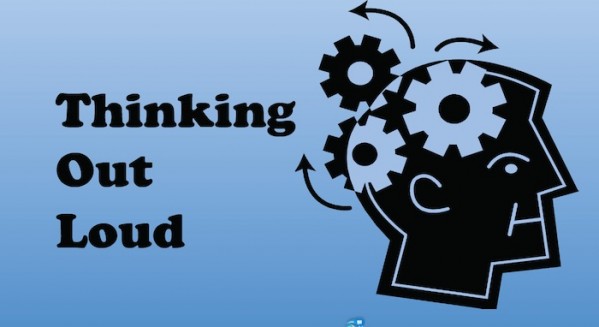 Story and picture from the blog of Lori Bush.

Cary, NC – As I sit here at my lunch break, I realized that I haven’t been very public about all the various issues that have come before council lately. So, in the spirit of open communications – here are my thoughts regarding some of these recent issues.

I was a late comer in the “chicken” issue. It was an issue that came up during the municipal election last year, and has been discussed at the council table in prior years. During the election season, I was cautiously supportive, concerned that Backyard Hens would alter the character of Cary.

But after Councilman Frantz brought it forward to council for consideration, I took the opportunity to do some in-depth research. I visited a number of homes on the Raleigh Tour d’Coop, spoke to Josh Stein (who had a Chicken Coop in his backyard in Raleigh), and met with and talked to the folks at Cary Chickens. I spoke with folks at the City of Durham and Raleigh – both municipalities that allow it. What I heard from them, and from our staff, is that the nuisance complaints are few, and backyard hens have become a bit of an economic engine, in fact.

I also heard from a number of homeowners, with concerns regarding the potential smell, noise, safety and lure of predators. Good insight and feedback, as well. Most folks that were concerned live in Home Owner Associations (HOAs), that already prohibit “domestic fowl”, as most of the neighborhoods in Cary. Part of their concern was that the Town Ordinance would trump their HOA, and that is ABSOLUTELY NOT THE CASE.

So, this “chick” fully crossed the road – and I support the current Chicken Ordinance. Why?

The ordinance and its vision supports sustainability. It connects us to our food and nature, and assists many families in providing a healthy, organic food source.

It’s about personal responsibility and respect. I hope that our citizens take care of their domestic animals, if they do not, that’s why we have enforceable ordinances and animal protection. Chickens are smaller and quieter than most dogs. Our proposed code addresses some of the issues of noise, sanitation, and different types of infestation. We won’t allow roosters or chickens to be roaming all over. I hope that our citizens add coops to their yards do what they can to ensure they respect their neighbors.

The manure can (and should) be composted for Fertilizer – and many gardens (including the Cary Pocket Garden) and others are interested in this by product. Why not? There is an opportunity to try this – try it for a year. See how it goes? If there are issues – let’s address them. The first step is the hardest – but let’s try.

At this point, the vote is postponed – and I’m not sure what will happen. It is schedule to come up at our next meeting on Aug 23rd, the same day we swear in our new councilmember, Ed Yerha.

I was disappointed that I wasn’t able to serve long with Julie Robison, on council. As a “fellow At-Large” member, I looked forward to tapping into her wealth of knowledge. I also respect her “citizen’s first” engagement philosophy, her evidence-based decision making, and her experience. She was helpful to me as both a citizen, and a new council member.

But, having Ed Yerha on the council will be exciting. He brings a long set of experiences from volunteering with the town for the last 15 years – and I was privileged to work with him on his campaign many years ago. In my experience, Ed’s a level headed, methodical thinker with great financial knowledge, and always putting himself in the shoes of the citizens. Plus, I’ll no longer be the “newbie” on council.

FIrst off, I need to ‘fess up. Yes, I have been “bitten” by the “red light camera.” I’m not proud of it, but I paid the ticket, and worked hard to make sure it didn’t happen again.

Having said that, I’m not sad to see the “SafeLight Program” go. Not because I (or I’m sure, any of you) plan to run red lights. But, because I support what staff, the police department and our engineering departments have done to enhance the safety of our citizens – by making important changes at our intersections.

From flashing yellow arrows, to increasing the timing of the “all reds”, each of these new methods have improved the traffic system. At the Operations Meeting, I voted with my fellow council members to terminate the program. I also asked during that meeting what will happen to the actual cameras. Staff replied that they will probably put out an RFP for removal, and sell (if possible) the equipment. Anyone want a Red Light Camera?

As you may be aware, the Town is involved with a lawsuit and the cameras, so I think that’s about all I can say about this right now.

The Birds, then the Bees

Yes, the bee ordinance. It’s come to council a couple of times, and now on its way to the Planning and Zoning board. I am still unsure why we need the ordinance to specifically manage this activity, but that’s what the Town Attorney advises.

First, I understand the importance that honey bees have to our environment – from being beneficial to our gardens, to supporting all kinds of fruit production, being an economic engine in the state, and providing honey and other by-products. I have learned SO MUCH about honey bees in the last few months, thanks to local beekeepers and folks that spoke at the public hearings – including the fact that they are the NC state insect. (Did you know that?)

Let’s be honest – the goal with the beekeeping ordinance is to allow beekeeping in a way that is safe and helpful for the community, planet, and the property owner, without annoying your neighbor.

I look forward to seeing what staff, along with the experts and our citizens on Planning and Zoning board, come up with – when it comes back to council.

Doing the best I can to keeping you all up-to-date, and hearing from you. As always, please feel to reach out to me at Lori.Bush@TownofCary.org.