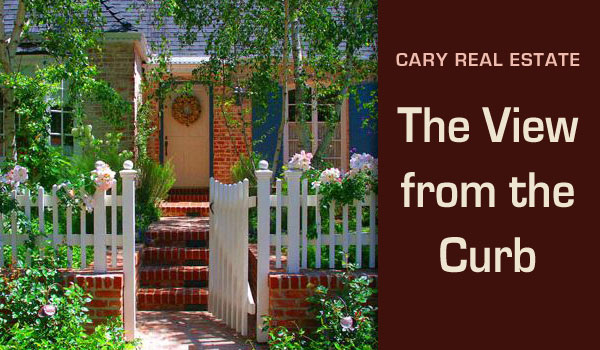 Cary, NC – We have all heard the saying, “it’s what’s on the inside that counts”.  That may be true for people, but when it comes to houses, what’s on the outside is of utmost importance!

It is very difficult to sell an ugly house…and there are ALOT of ugly houses out there folks (sorry if one of them is yours).  From cottages to mansions the only difference is the budget…style and beauty have no price tag.

I tell builders and developers all the time that it is just as easy to build a lovely facade as it is an ugly one.  It really does not matter if it is traditional, contemporary, craftsmen. The public taste changes (sometimes good and sometimes not so much).

The point is that in any vernacular there is a level of taste in finishes, symmetry, and proportion.  When these principles of design are used properly the end result will be pleasing to the eye, even if it may not be “your style”.

The Rise and Fall of Home Styles

The rise and fall of many subdivisions by local and national builders are a prime example.  As tastes change so does the appreciation or depreciation of an entire neighborhood.  In many cases, I have seen neighborhoods come full circle.  What was once the rage became the rage again a generation or two later.

A prime example of this is the return to older neighborhoods near the downtown core and large country club neighborhoods due to the scarcity of prime golf course lots.  The rising popularity of  McGregor Downs in Cary comes to mind immediately,  as does the resurgence of 1950’s era downtown Cary ranches.

Perhaps this is why newer neighborhoods have abandoned the cookie cutter look of the 80’s and 90’s and moved towards the trend of mixing styles within a subdivision, even if it is built by one builder.  The concept by developers of using multiple builders with different visions and styles has been even more successful, such as The Oaks at Fallon Park near downtown Raleigh.

The View from the Curb

So the next time you are out and about, notice the look of the houses from the street.  Ask yourself, would I want to drive up to this every day?  Are there simple things I would do to change it for the better?

If not, keep on driving… you will never get past the view from the curb.

Danny Taylor curates a Facebook Group that offers daily tips to keep your house looking fabulous all the time.