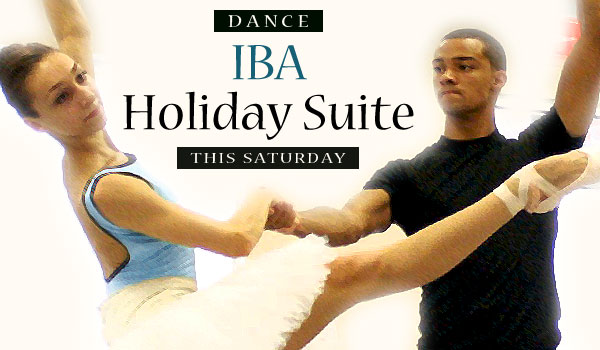 Cary, NC – Christmastime brings with it an abundance of performances in our area and this year the selection is the best ever. Cary’s International Ballet Academy dancers will perform their Holiday Suite with two shows this Saturday in Cary as they warm up for the Youth America Grand Prix competition in January.

The Holiday show has two parts- the first that will highlight several solos and pas de deux and 2 company jazz performances. Christina Fanney, IBA administrative director, explained that the opening section will include an exciting tango as well as featured dancers in variations. These include:  “Black Swan” , “Coppelia” pas de deux will be performed by Nikki Fanney and senior Preston Chamblee. In another, Victoria Wong and Chandler Proctor pair in the “Grand pas Classique”. These dancers have been rehearsing the Christmas show while also practicing these dances as competition pieces for their trip to Tampa, Florida.

After an intermission, the second half of the show presents the Tchaikovsky Nutcracker ballet in an abbreviated form. Expect a hilarious party scene in which the studio has again enlisted several parents and grandparents to take to the stage. They reprise their roles to much applause. Highlights will include the Sugar Plum Fairy pas de deux with her Cavelier, the Land of the Sweets, Arabian Coffee, Chinese Tea, and the Russian Candy Canes.

Holiday Suite is a limited engagement at Cary Academy of only two shows, Saturday Dec 15, 2012 at 2 and again at 7pm. This is the second year the company will perform at the the school. The afternoon and evening shows will actually be different as dancers will switch out between shows so that all of the principal dancers have their solos or pas de deux pieces offering all a chance to shine.

This pre-professional ballet academy was founded only 3 years ago and has been  building their reputation on the international scene through their attendance at Youth America Grand Prix. This year’s holiday themed show, “Holiday Suite,” includes several of the studio’s national competitors in featured solos and pas de deux. These pieces will be performed in January as they compete against 5,000 other dancers in an international competition.

Many of the IBA dancers competed in Youth America Grand Prix last year. Scholarships and job offers can come from this type of exposure. (See earlier CaryCitizen story ). This year, IBA will send four high school seniors to YAGP and several are hoping to land positions with professional companies afterwards.

Appearing in a Movie

A new twist to that competition: the dancers will appear as part of a gala to be broadcast in  Ballet In Cinema’s “Ballet’s Greatest Hits – the Youth America Grand Prix Gala,” a special gala performance featuring some of ballet’s greatest established stars and new rising talents. This filming will appear as a limited engagement broadcast in movie theaters similar to the Opera that for years was shown live at the Galaxy Movie Theater in Cary. 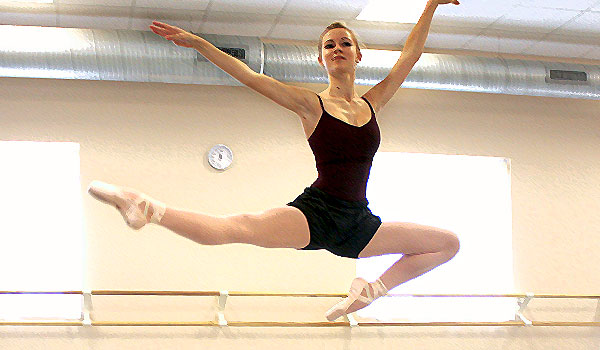 Catch these dancers while they are still here in Cary. With four seniors graduating, it may be the last time you will see them for a while. After January, several may leave for companies far from home, possibly even overseas.