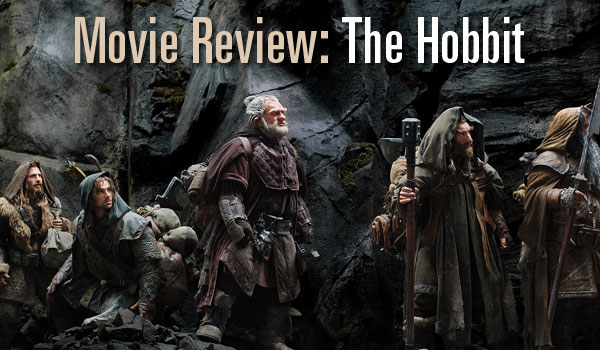 Cary, NC – If you like the fantasy genre of movies, or a vast buffet of special effects, you’ll love The Hobbit.

A Journey to Middle Earth

The Hobbit, based on the classic by J.R.R. Tolkien, tells the tale of Bilbo Baggins, a diminutive man from a mythological past.

Baggins lives in a happy utopia called the Shire. The wizard Gandalf arrives to recruit the unlikely Baggins for a mission to rescue the home of the Dwarf kingdom from a fire-breathing dragon. On the way, they meet elves, orcs, goblins and an assortment of odd and frightening creatures.

Part of the perennial charm of The Hobbit is Tolkien’s vivid creation of Middle Earth. Peter Jackson, who directed the Lord of the Rings Trilogy about ten years ago, does an admirable job bringing Tolkien’s world to life.

The Shire seems the very embodiment of village peace, with flowers and sunshine and cozy little homesteads crisscrossed by dirt paths and picket fences. You say to yourself, “wow, I’d like to live in a place like that.”

Likewise, the Elvish city of Rivendell shimmers with goodness and high-minded sophistication. Cate Blanchett has a good cameo as Galadriel, Queen of the Elves.

But most of the movie takes place in darker realms – broken, wind-swept lands and subterranean Hells. Throughout the movie, the scenic background is the star.

The Hobbit, the #1 movie in the country this week, will likely be nominated for Academy Awards in art direction, special effects and maybe cinematography. It may even deserve to win in those categories.

If you want to see a stunning presentation of Middle Earth, you will find The Hobbit eminently satisfying.

The charm of the Potter movies is in the characters. We get to experience the inner journey of Harry and get glimpses into complex characters like Snape.

By contrast, many of the main characters in The Hobbit are two-dimensional. For the amount of screen time devoted to the leader of the Orcs, we know absolutely nothing about his character. He’s just a cardboard evil guy. Even Potter’s Moaning Myrtle has more back story than the orcs and goblins in The Hobbit.

Lots of people will fall in love with The Hobbit. But, for me, the story was stunted.

The performances are good, but there is little for the actors to do. The script plods through the plot points in Tolkien’s original, but it’s all like a backdrop for battle scenes and special effects.

Contemporary  journey-and-return films are often told in a series of movies, like Potter. But each installment needs to be somewhat self-contained. After investing two hours, I want some kind of resolution, even if it suggests more to come. The Hobbit just ends – Bilbo Baggins’ adventure hasn’t really changed him; we’ve just pressed pause in the story.

More emphasis on character and story arc would have made The Hobbit a better movie, maybe even a great movie.

See it on the big screen if you’re a fan of fantasy, Tolkien and Lord of the Rings.

Hal Goodtree, Publisher of CaryCitizen, is a former television producer.