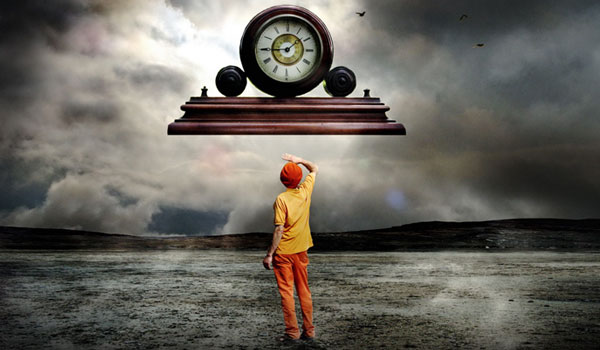 We were shocked recently to learn that Benjamin Franklin, of “early to bed and early to rise” fame, went to bed hours past midnight and did not arise until noon during his tenure as U. S. Ambassador to France.  Franklin lived in Paris and developed the habit of late night chess playing. He must have felt some remorse because he wrote a humorous letter to the editor of a French newspaper praising sunlight as more economical than candles and suggesting Parisians be required to get up earlier.

Though Ben Franklin did not mention changing the clock, he is credited with being the first to mathematically conceptualize daylight saving as a way of saving energy. Entomologist George Hudson of New Zealand is credited with proposing an actual time shift in 1895, so he could have more time in the evening to search for insects.

Starting in 1916, Germany and its World War I allies were the first to use DST (German: Sommerzeit) as a way to conserve coal during wartime. Britain, most of its allies, and many European neutrals soon followed suit. Russia and a few other countries waited until the next year and the United States adopted it in 1918.

Broadly speaking, Daylight Saving Time was abandoned in the years after the war (with some notable exceptions including Canada, the UK, France, and Ireland for example). However, it was brought back for periods of time in many different places in the coming decades, widely during the Second World War.

It became widely adopted, particularly in North America and Europe starting in the 1970s as a result of the 1970s energy crisis.

The early days of Daylight Saving Time in the US were chaotic. States were free to implement DST or not and to start and end DST whenever they chose. It wasn’t until the Federal Uniform Time Act, which created a uniform start and stop time across the country that things settled down. Currently we begin DST on the 2nd Sunday in March every year and end on the 1st Sunday in November.

It’s Not All Sunshine

Daylight Saving Time has its share of critics. Farmers and other professions relying on early morning sunshine have traditionally opposed DST. Cows and other livestock do not appreciate changes to their schedule. DST is disruptive when implemented, especially during “spring forward,” when traffic accidents and even heart attacks increase during the first week and worker productivity can go down.

Many of us love the extra evening daylight. Research has shown that crime rates are down during DST and that we are probably healthier because we are outside and active. Pedestrian traffic fatality rates are lower. Businesses that rely on tourism or sports benefit from DST.

While research is contradictory, the biggest argument for DST is that it saves energy.

DST has created some unusual situations. A group of terrorists, misinterpreting the timing instructions on a bomb as they traveled from daylight saving time to regular time, blew themselves up instead of busloads of people. Twins born around the 2 o’clock time change could have their birth order switched as time springs forward or falls back. In Russia a power struggle has developed over whether to re-establish DST for the 2014 Winter Olympics in order to be closer to European prime time broadcasting.

We asked people to reflect on Daylight Saving Time and found it sparks some controversy. Teri Hunter remembered her great-grandparents milked the cows by “old” time but shifted to “new” time for everything else. Deborah Willis Harbin liked the extra evening hour as a child because she had more time to fish and play. Andrea Porter Shepherd loves extra evening daylight time for family activities. Sandra Hopkins enjoys golf and playing with her grandkids in the evening. Jean Hicks Rood appreciates the extra evening hour of daylight for gardening.

Charles Bolton felt that DST interferes with his sleep schedule. Donna Crouse points out that in Arizona there is no DST and people still get in daylight activities. Gail Kelly Lester also feels the time adjustments are hard to make and doesn’t see tangible advantages to DST. Tommy Keener, Evelyn Southard and Bennie Cloer Collett wish we would go one way or the other on our time system.

Remember to set your clocks forward one hour. Just don’t tell the cows.

Gordon Mercer is past president and on the Board of Trustees of Pi Gamma Mu International Honor Society and professor emeritus at Western Carolina University. Marcia Gaines Mercer is a published children’s author and columnist.