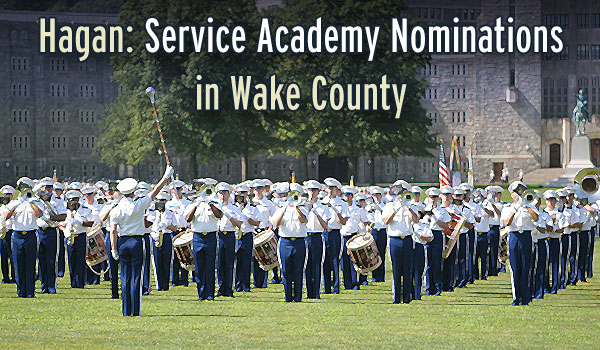 Hagan, who serves on the Senate Armed Services Committee, comes from a proud military family. Her father-in-law was a two-star Marine General and her husband, father and brother all served in the Navy. Two of her nephews served in Iraq and Afghanistan.

Hagan’s 2013 nominees to the U.S. Service Academies from Wake County are below. David Foye of Cary was nominated for the U.S. Military Academy at West Point.

None from the Triangle.