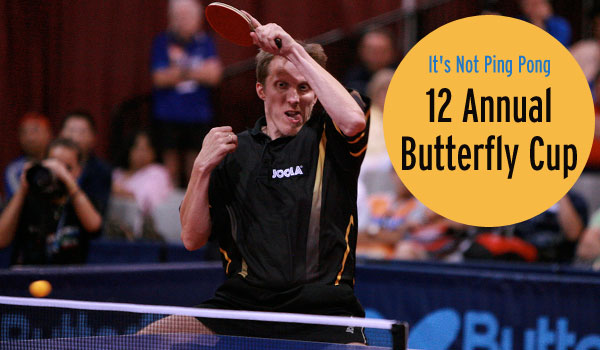 The Butterfly Cary Cup has been held at Cary’s Bond Park Community Center for 12 years. The Cary Table Tennis Association partners with the Town to put on this annual event, named for the company that produces paddles (Butterfly).

The event is the largest round-robin table tennis in the country and will draw over 177 players from Canada, China, France, and the USA. While registration for the event is full, spectators can experience the excitement of table tennis from 9 a.m. to 9 p.m. daily Friday, March 15 and Saturday, March 16. The main event finals and Sandpaper divisions will be held Sunday 9 a.m.-3 p.m. There is no charge to watch any part of the championships.

Athletes scheduled to compete include:

“We’re excited to once again offer Cary citizens the chance to catch top players in the world of table tennis playing here in our backyards,” said Sam Trodgon, Bond Park Community Center Supervisor. Trodgon added that $16,500 in prize money will be awarded at the end of the ceremony on Sunday.