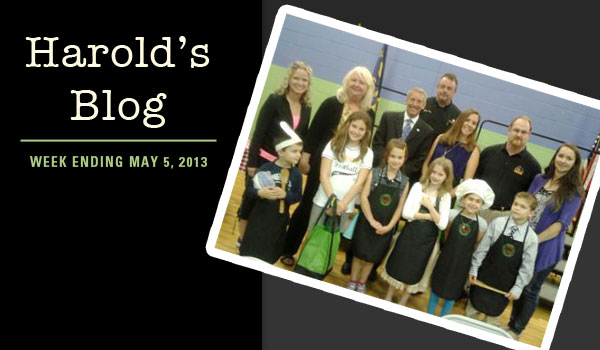 Monday – Call from the White House

Monday the town staff received a call from the White House staff asking me to participate in a mayors’ teleconference. While these requests are not unusual, they usually come by email only. So to get a call was different.

Usually these calls are advocating for a federal issue and asking for support from the mayors. This was no different. It announced the nomination of Charlotte Mayor Foxx for the Transportation Secretary and asked mayors to contact Congressional leaders.

Monday night I joined council and several staff members for a tour of West Cary. This included driving in Chatham County towards Jordan Lake. We looked at current and future developments, trail sites, future parks sites, future community center sites, and fire station number 8. Our tour lasted about 2 hours. We are thinking of taking a tour of district B next quarter.

Tuesday started by meeting briefly via telephone with the town manager. We mostly discussed the announcement about downtown manager Ed Gawf announcing his retirement. It is important to understand that this was no surprise and that Mr. Gawf has been talking about this since last fall.

Tuesday – Advocates for Health in Action

Tuesday night I gave welcoming remarks and handed out awards at an event sponsored by Advocates for Health in Action. The event included a film released by HBO and a follow up panel discussion with experts.

The film, released about a year ago, was in conjunction with the Institute of Medicine, the Centers for Disease Control and Prevention, the National Institutes of health, and in partnership with the Michael & Susan Dell Foundation and Kaiser Permanente. There are actually 4 one-hour films in the HBO series “Weight of the Nation”, which can be watched online.

The film shown for discussion was the third film and was called “Children in Crisis”.  It detailed issues about childhood obesity and showed how Nashville, Tennessee, is making some very positive changes as a community to improve their health. This was a very thought provoking film and really emphasized issues and problems related to the United States having over 63% of its population overweight or obese.

We started with a short meeting that included the Senator and me and several management folks from Lexis Nexis. In their initial comments about the companies work environment they noted that no one usually wears ties. Senator Burr said he had to wear a tie but not socks (he really wasn’t wearing socks). Cool!

In the small group setting we were shown a brief demo of one of the Lexis Nexis products. Then we discussed a variety of issues from the national financial situation to human trafficking. Next we took a tour of the facility. It has changed a lot since I was there a year ago with the governor. It is my understanding that they have put over a million dollars in upgrading the facility.

One of the interesting work environments was a laptop connected to a treadmill set at a 2 mph pace. They lady using it says she works at that treadmill about two hours a day.

After the tour we headed to an area of about 100 employees for a town hall. The Senator gave a short opening and then answered questions for about thirty minutes. He was an impressive speaker and handled the questions very well.

On our way out we signed a visitors’ wall which had hundreds of signatures. The entire visit was a little over an hour.

Wednesday night I had the honor of being one of the judges at the Healthy Snack Challenge held at Oak Grove Elementary.

One of their initiatives was to bring a healthy atmosphere to the school and to get students involved in making healthy choices. The students participating in a Healthy Snack Challenge submitted delicious, creative healthy snack recipes. The 6 finalists presented samples of their snacks to the judges and we selected a winner (though all were winners in my mind).

I am grateful that the Oak Grove Health and Wellness Committee held this event and believe it will reinforce positive nutrition to the staff and families at Oak Grove.

Later Thursday I gave opening remarks at one of the largest crowds in town event history. The Imagine Cary event had 950 sign up but there were probably 700 in attendance. Here is an excerpt from my opening remarks:

…As we embark on this journey of planning Cary’s future I wondered about Cary’s past. Recently I was provided a document from former Cary Mayor Waldo Rood’s son written about 60 years ago in the form that is similar to a state of the town. Waldo Rood was mayor of Cary from 1949 to 1961. In that document he says:

“In 1950 the census showed a population of 1458 and rapid growth has been in progress since that time. There have been many new homes and places of business built in the last few years and the town has experienced its greatest era of progress. There are a number of reasons for this progress. The people of Cary are cultured and friendly and make other people want to live here.”

“Of all the things said about Cary the one that describes it the best is that it is a good place to live.”

The rest of the summit involved three sections. Each section had data, trends, and other information provided by the speaker. The attendees were then given a series of questions on a topic. Each attendee had a handheld selector to choose from a range of responses from strongly agree (to the statement or question) to other or none of the above. The summit was scheduled to last about two and a half hours but ran about twenty minutes long.

At the conclusion I stood by the door to greet people and receive feedback. Attendees that spoke to me unanimously said it was an outstanding event. Of course I did receive emails from attendees that believe our entire planning process is a conspiracy to bring in urbanism and change what Cary is today. That is absolutely, 100% ridiculous. I KNOW that this council wants to have a process that will involve the citizens and take their feedback into account as we move forward.

This event was the kickoff of a two year process that will include several events next month. If we all work together on this plan I am sure it will be a guide to a Cary that builds on what we have today and makes us an even greater town in the future.

Saturday morning started early for me as I made remarks at the start of the Purple Cloth 5K held at Bond Park. This was a fundraiser put on by Genesis Methodist Church to raise money for Dorcas ministries. Many know Dorcas Ministries for a place to drop old clothes and goods for the needy. What you may not know is that Dorcas has an outreach ministry that includes a Crisis ministry, a food pantry, adult education, job training, and childcare. We all need to support Dorcas year round. To find out more go to their website at http://dorcas-cary.org/.

Sunday I headed down to Fuquay Varina for the annual Wake County Preservation celebration sponsored by the Capital Area Preservation and the Wake County Historic Preservation Commission. I was joined council member Yerha who gave remarks on behalf of Cary as we received a plaque designating Cary First Christian Church cemetery at 300 West Cornwall Drive as an historic landmark. It is the only historic landmark for African Americans in Cary who played a big part in our history.

In email news from staff the Black Creek Greenway finished another section. It now starts at the Fred G. Bond Metro Park and continues northeast to connect to Wake County’s Lake Crabtree Park and Umstead State Park. The project involved completing about a half mile of paved greenway and a 30-foot pedestrian bridge. Work began in summer 2012 and construction costs included federal grants.

Emails this week included several requests and invitations to events. May is a VERY busy month for that.

Other emails from citizens included a concern that our 911 calls have increased dramatically and wanted to know if that was because of crime. This is an item that has been on the news several times. Apparently people accidentally call 911 instead of the 919 area code which is now required for all phone calls. If you do happen to make that mistake, stay on the line and save our 911 staff from having to track you down and make sure you are OK.

The remainder of my emails was from the conspiracy theorists that our Summit for the Future was a farce.

This week will be another busy week for me and includes a council meeting, several meetings, and numerous events including National Night Out which is Friday. BTW, please come to National Night Out on Academy Street and talk with us and the heroes from our police and fire departments

Well that is all for this week. My next post will be on Sunday May 12th. Although I have Facebook and Twitter accounts those are not the best means of communications with me. Please send all Town of Cary questions or comments to Harold.Weinbrecht@townofcary.org and email personal comments to augustanat@mindspring.com.