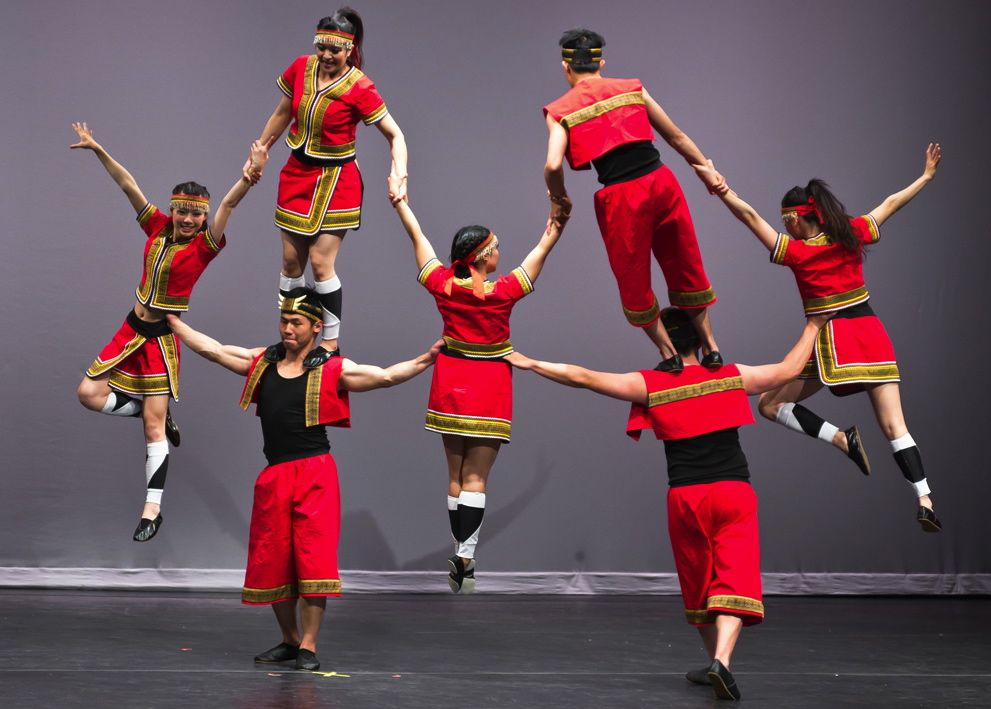 Story by Lindsey Chester and photos by Brooke Meyer.

Cary, NC- May 24 was declared Cary’s National Taiwan Heritage Day in a proclamation by Councilman Jack Smith. He spoke at the beginning of what turned out to be an amazing display of athletics by the Taipei Physical Education College’s award winning Cultural Arts Performing Team Friday at the Cary Arts Center.

The sold out performance amazed the audience as the troupe performed dance routines, rhythmic gymnastics, juggling, traditional umbrella dance and two acts that involved a yoyo-type object, utilizing skills of dexterity and timing.

The evening marked the 15th year of Taiwanese American Heritage Week, first declared by the US Congress in 1999 to honor culture and the contributions of Taiwanese Americans. The troupe from the Taipei Physical Education College (TPEC) serves as goodwill ambassadors who will travel for a month around the US visiting Chicago, Atlanta, Minneapolis, New York and other metropolitan areas. Cary was lucky to be included, in part because of our relationship through the Sister Cities of Cary and their hard work building the relationship with Hsinchu, Taiwan, our own Sister City in Taiwan. The Emcee at one point spoke to the crowd directly in Mandarin, asking all who understood the language to raise their hands- almost everyone did.

The evening, titled “Diablo & Acrobatics” began with a drum performance by a group of 7 Cary girls. The emcee remarked that the girls had only rehearsed the traditional art form eight times before the show! A humorous dance followed with a preamble explaining about the tale of the 3 Princes. Three costumed youths danced around with much good humor to warm the audience up.

What followed was an evening unlike any I had ever seen in Cary before.

The troupe from Taiwan consisted of 12 performers with skills ranging from acrobatic tumbling and cheerleading pyramid stunting, double dutch jump rope,  complex juggling and traditional Chinese dances. Each member brought their own special talents to the evening and were highlighted individually in different performance pieces. 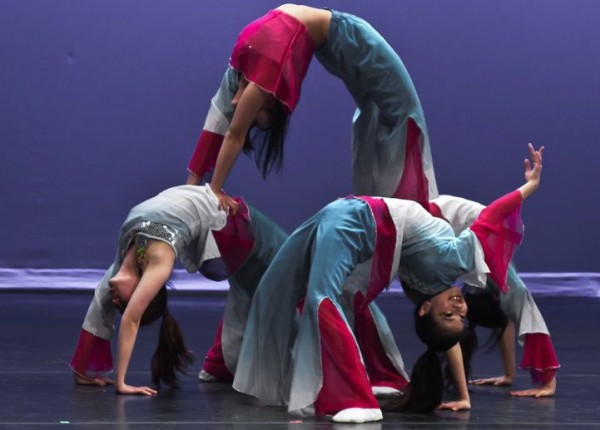 The group combined movement, music and humor that enthralled the crowd, young and old. One of the most fascinating acts was a solo performance by Chia-Cheng Sung called the Eighth Dimension. Sung started off holding 3 “crystal balls” in one hand that he manipulated to move around on one plane seemingly in space. Then he continued to add additional balls, next filling his other hand with 4 balls which he moved in unison. The dramatic music and lighting enhanced the audience experience making his manipulation appear magical. 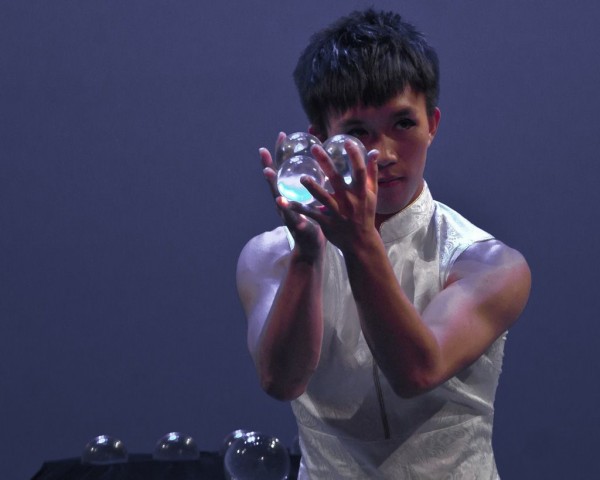 Another act that fascinated was called Dancing Hearts in which a team of five performers each held a string with a yoyo type ball that was swung and spun in unison, sometimes thrown to each other and caught all to the beat of techno music. Then the lights dimmed and the yoyos were lit up. At one point a yoyo was thrown out to a performer in the audience. Photos can’t capture how exciting this act was. Another act used only 2 performers and increased the number and difficulty of the tosses.

The evening was an interesting departure for the Cary Arts Center, which typically has musical concerts and theatrical productions.

The event was co-sponsored by the Sister Cities of Cary with the Overseas Chinese Affairs Council, R.O.C. (Taiwan) 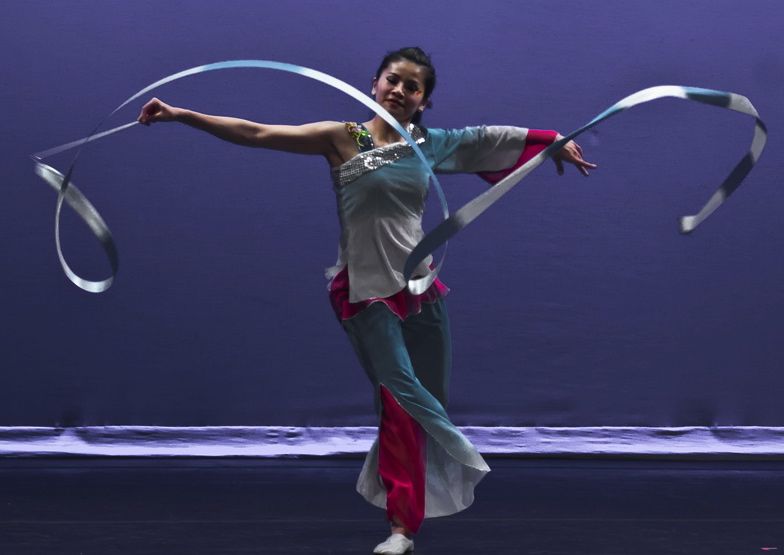 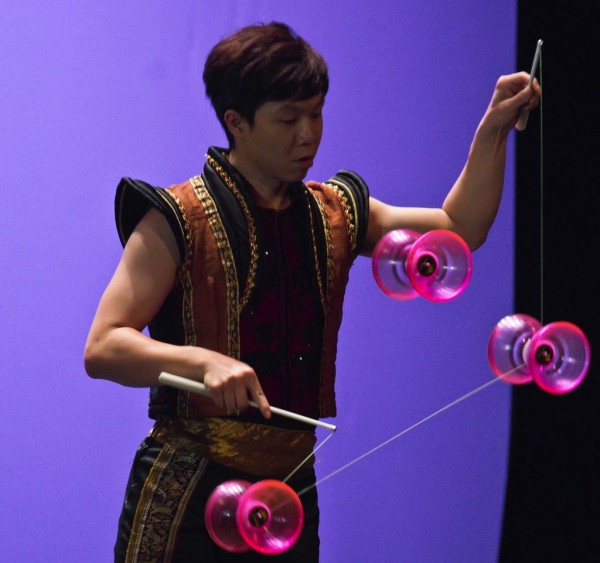 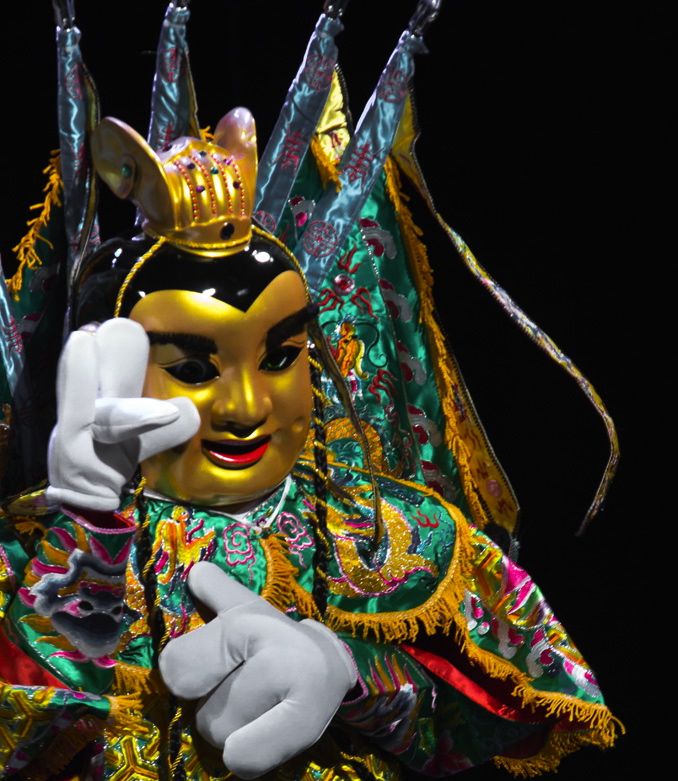 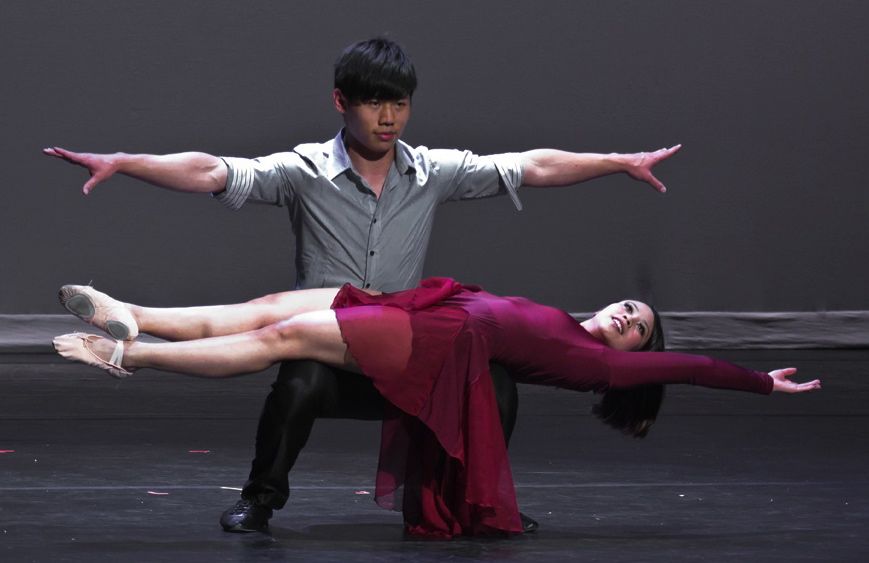 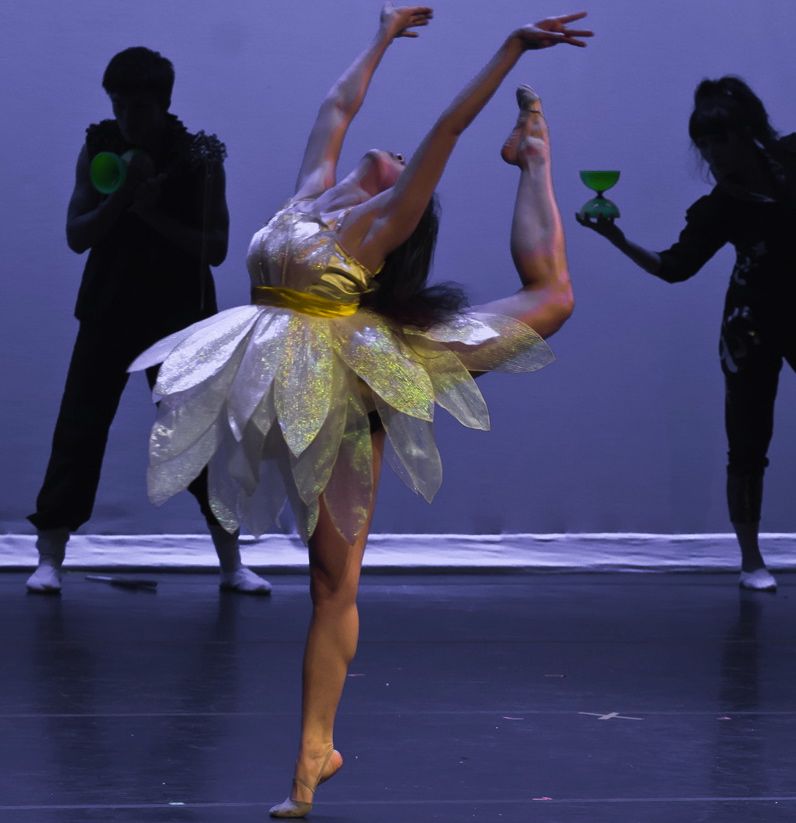