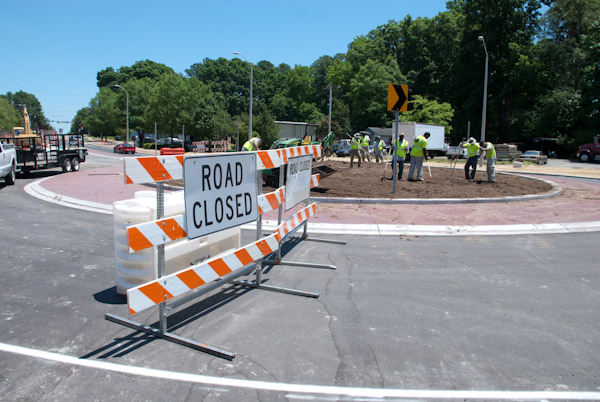 Cary, NC – The construction of the new West Chatham Street roundabout is coming along nicely. Here are the first pictures of this new and interesting road feature.

With one thing and another, we’re always zipping into downtown Cary via West Chatham or Old Apex Road. The construction of the roundabout where those two roads come together has led to some interesting detours.

But I could never quite understand how they were going to put a roundabout (formerly called a traffic circle) in front of the gas station.

Well, the West Chatham roundabout is substantially complete (the access road work continues). You can once again enter the downtown area from the west on Chatham or Old Apex. And it’s a nice piece of road engineering that will make a very good entrance to Cary’s downtown.

A similar roundabout is being built on East Chatham at Durham Road. Maybe we’ll get some pictures of that, too. 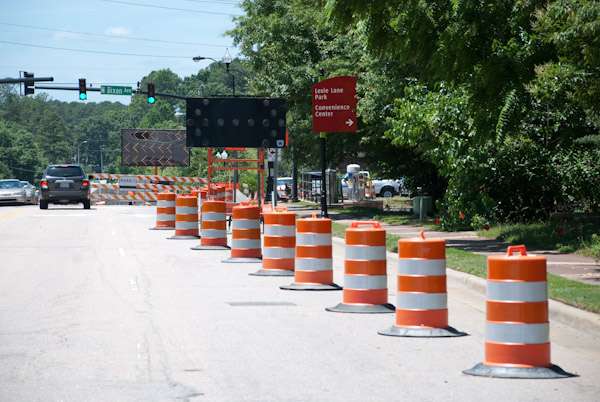 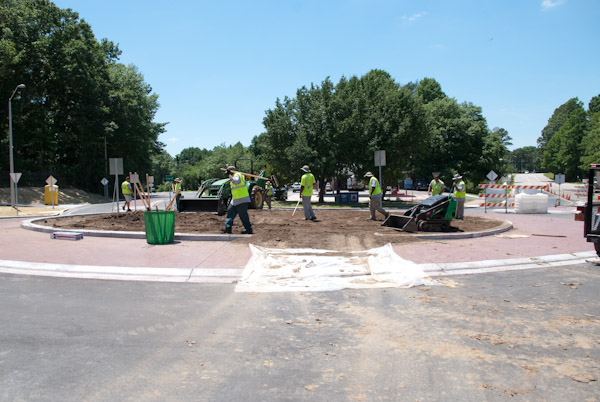 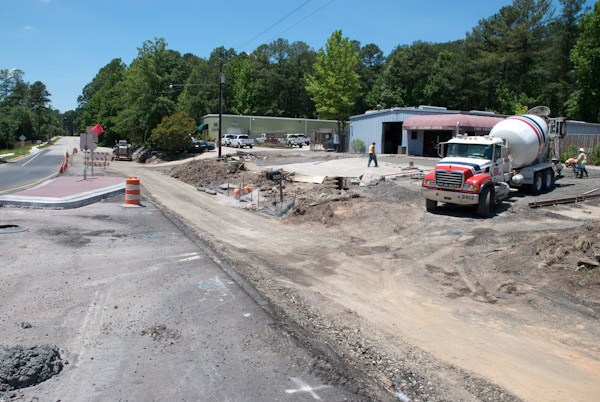 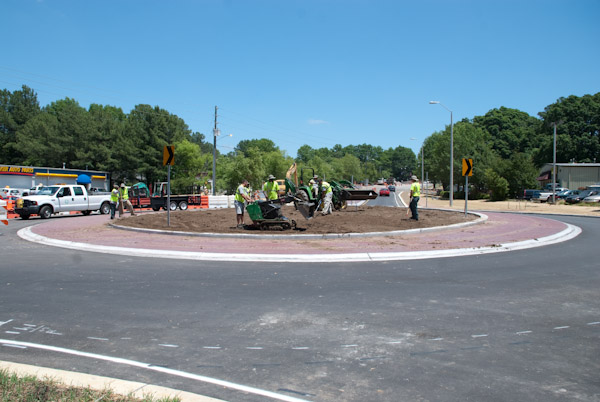 Downtown coverage on CaryCitizen is sponsored in part by Heart of Cary Association. Meeting the first Thursday of every month in Downtown Cary.