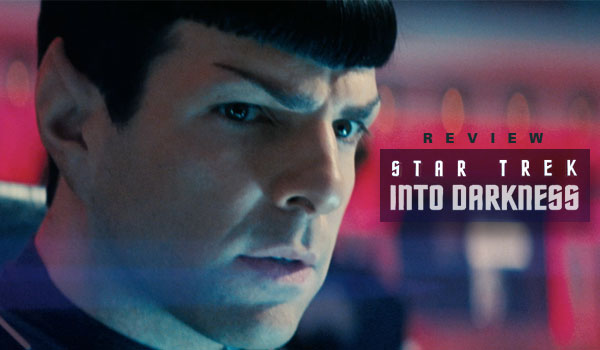 Cary, NC – First off, a little disclaimer. I’ve been a Star Trek fan since the original series aired when I was growing up in the 60-70’s. I’ve seen every episode and movie of every series with all the crews and captains over the years. I’m a child of the “space age” inspired by vision and possibility of humanity reaching for the stars. I was eating in my kitchen watching the first man set foot on the Moon. NASA was news and the space program was our hope for Mankind’s future.

Gene Roddenbery’s visionary leadership and inspiration in Star Trek has clearly driven and changed us as a people. And this latest installment in the Star Trek saga, “Into Darkness,” with the new crew introduced in the last movie, is no less inspiring and sweeping in it’s vision.

In the last movie, the new crew was a little jarring and took some getting used to. It was a good movie, and it left me wondering if this new ensemble would really work for the long haul. After all, James T Kirk, Spock and Scotty are a pretty tough act to follow!

The “Into Darkness” writers deliver big time in character development. This new movie really evolves and strengthens these new actors and their characters. They do such a great job that, by the end, it feels like you can’t wait for the “5 Year Journey” to begin so we can join this new family and follow them around the galaxy yet again.

If you like action adventure movies, you’re in for a real treat. From start to finish, “Into Darkness” delivers non-stop adrenaline pumping action like none before. The bad guys are uber bad, and the good guys are our most loved good guy crew of the Enterprise.

The plot is actually more sophisticated than most Trek movies in that there are multiple layers to the bad guys, and multiple plot twists. Kirk and Spock are truly on their own Hero’s Journey’s and both are brought down into their own personal dark night of the soul as they struggle to become more than they have ever been to meet the incredible challenges they must face.

While I will not include any spoilers in this review, I will say there this movie contains some stunning homages to prior Treks and develops further the story of one of Trek lore’s most evil arch villians of all time. You’ll have to see the movie to find out.

The writers are also doing an extra fine job of developing Spock’s character. The whole idea of being an emotionless Vulcan has always captivated our imaginations, and Lenard Nemoys’s Spock is all but legendary. So where can you take the Spock character where it has not gone before?

The writers are moving in a direction that I really like by exploring the implications of his half human side. While Spock is battling the bad guys our the outside, an even greater battle is waging inside as he learns how to be empowered by his human side. It’s a balancing act that I give the writers huge credit for taking on and, IMHO, succeeding at.

Overall, this is probably the most entertaining and exciting, action packed Star Trek movie ever made. Technically, the 3D IMAX experience of this movie is extraordinarly immersive and that much more adrenaline pumping. At the end of the movie, you will feel exhausted, like you’ve just gone through it with them!

I highly recommend you join the new crew of the Enterprise and go where no movie goer has gone before!

Robert Geiger, a management and marketing consultant, is business mentor for CaryCitizen.