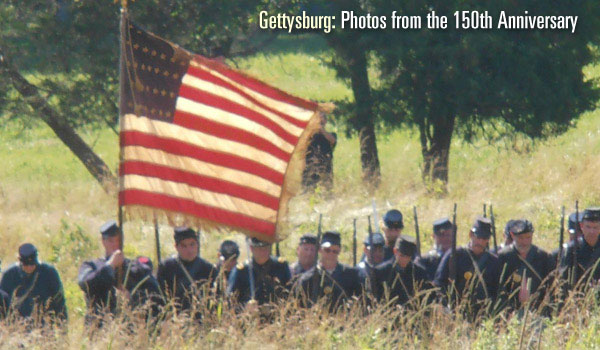 Cary, NC – My friend Maurice Ungaro is a Civil War reenactor. He’s part of the Confederate 10th South Carolina regiment. As a history nut, I was thrilled when he sent back pictures from the biggest reenactment of the decade – the 150th anniversary of the battle of Gettysburg.

The Battle of Gettysburg

The Battle of Gettysburg, July 1-3, 1863, was the turning point in the Civil War. Confederate General Robert E. Lee’s offensive into the North through Pennsylvania would be turned back. The Confederacy would never again threaten Union territory, slowly collapsing into utter ruin and defeat.

Gettysburg was the bloodiest battle of the Civil War – historians estimate the two armies suffered between 46,000 and 51,000 casualties. According to Wikipedia, Nearly a third of Lee’s general officers were killed, wounded, or captured.

Reenactments are part of a movement called “living history.” Ungaro’s SC battalion participated in 5 reenactments over the course of the weekend at Gettysburg, including Pickett’s charge.

“We all received cards that told us what to do on the battlefield,” Ungaro said. “You get shot at the creek or you die on the approach to the hill, that kind of thing. I got to go all the way to the top and see the battle from the eyes of the Union soldiers.”

“Smoke was drifting across the battlefield,” Ungaro said. “Confederate dead everywhere. Behind me, a band was playing Battle Cry of Freedom. It really brought me to tears. All I could think of was the bravery of the soldiers and the futility of it all.”

This week, tens of thousands of visitors and reenactors have been descending on the small town in southeastern Pennsylvania, much like the invasion of 1863, but with cameras and a sense of history.

Enjoy these pictures from behind the lines at the 150th anniversary of the Battle of Gettysburg. 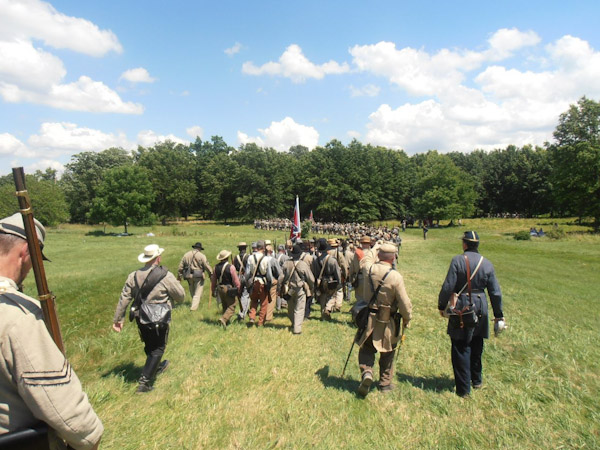 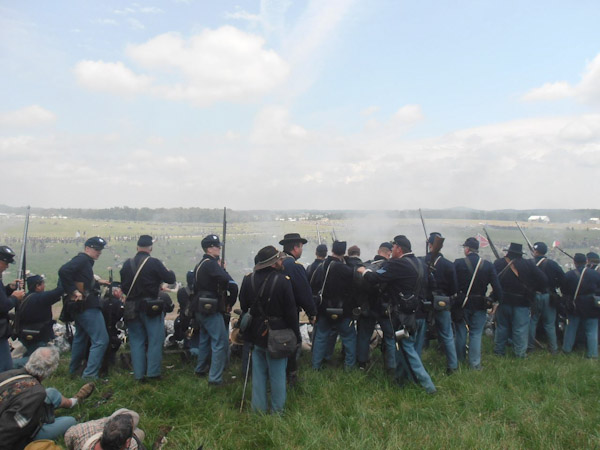 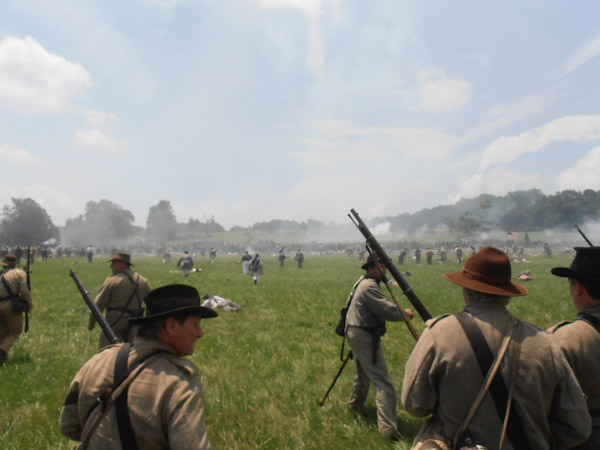 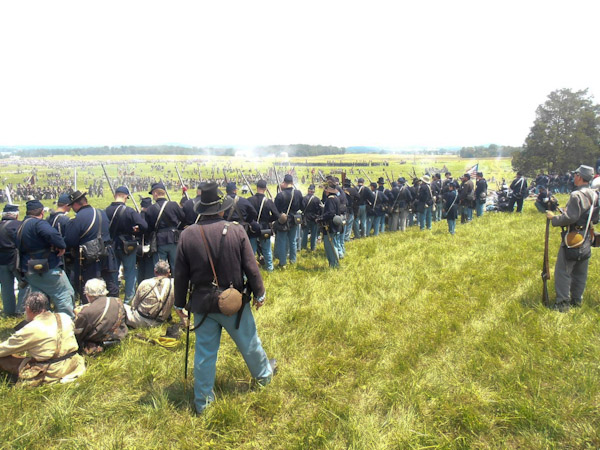 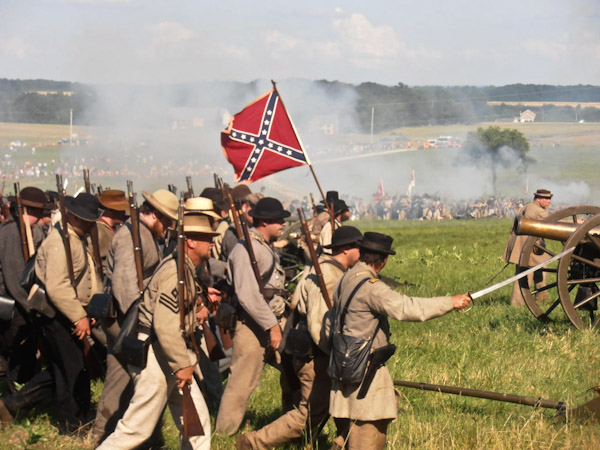 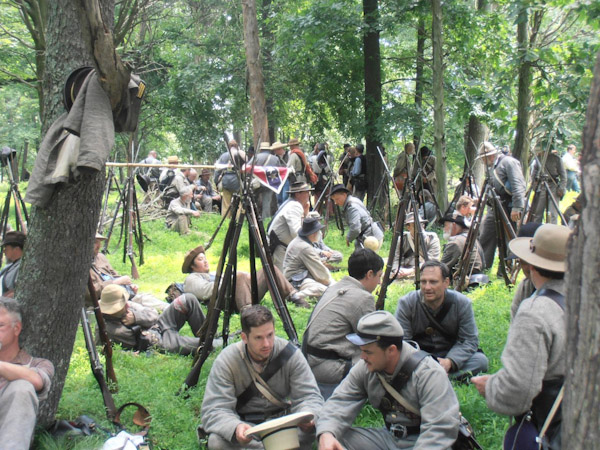 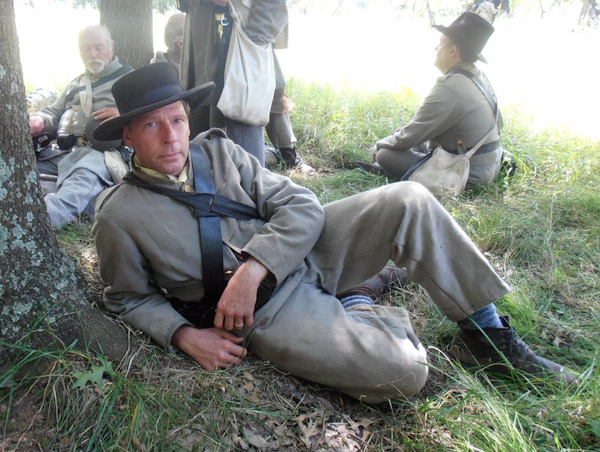 All photos courtesy of Maurice Ungaro, pictured above. During the day, you’ll find him at the Fiat studio in Cary.