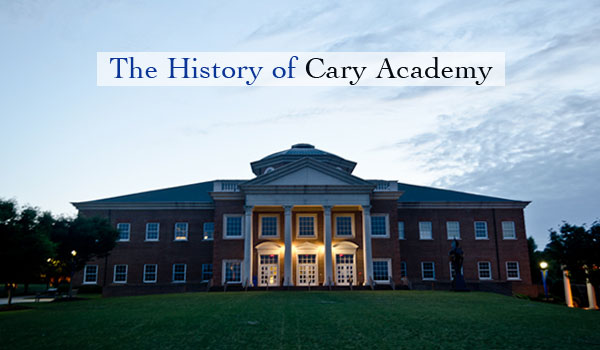 The Beginning of Cary Academy

“Discovery, innovation, collaboration, and excellence” has been the school’s motto since it first opened its doors to students in 1997. These were still the main traits highlighted by Ann Goodnight, one of the school’s founders, and Martina Greene, Dean of Faculty, when I talked to them about Cary Academy’s history.

The experience of volunteering at her son James’s public middle school—where she felt strong student-teacher relationships were lacking—sparked Goodnight’s vision for a private school with higher educational standards.

“I was very concerned about what I was seeing,” Goodnight remembered, “our son… his day was sliced and diced … teachers hardly knew their students. Children need more nurturing at a middle school level than at any time in a person’s life,” she added.

Goodnight raised her concerns with her husband, Jim Goodnight, SAS co-founder.  Together, they decided to build an institution that would provide what public schools in the area were missing.

In 1994, the Goodnights, along with Ginger and John Sall, Cary Academy’s other founders, began gathering a team of experts to lay the school’s physical and conceptual foundations: contractors, architects, designers, and the school’s first head.

The planning process ignited some controversy in the media and among public school officials.

“We were being criticized for turning our backs on public schools,” Goodnight recalled. But she stressed that improving public schools was always one of their main commitments: “our idea was that maybe we could build a model and … share best practices with public schools.”

Goodnight explained that the founders faced another challenge in recruiting students, which “really took a leap of faith” on the part of the parents. The first “brave” Cary Academy parents risked sending their children to a brand new school with no reputation, Greene remarked, “who wants their child to be the subject of an experiment gone wrong?”

For the teachers, though, Cary Academy was “exciting, attractive,” and offered a “sense of opportunity” to design a creative curriculum with few, if any, limitations from the administration. During the first few years, both the teachers and students had to be comfortable with a great deal of change. “It was exciting and scary,” Greene said, “now we’re in a more settled period… but we don’t want to lose that sense of innovation.” 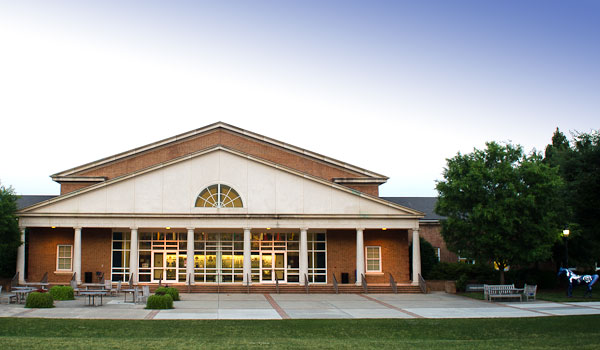 Technology in the Schools

Indeed, innovation—especially of the technological sort—has played a key role in the school’s curriculum since the very beginning.

Goodnight said her husband “was very keen on incorporating technology in the school. He thought that would be such a transformational tool in the classroom.”

In the mid-nineties, Cary Academy’s 1:2 computer-to-student ratio was revolutionary. Less than a decade after its opening, the school offered each student a personal tablet computer, again pushing the frontiers of technology in education.

Both Goodnight and Greene expressed a profound admiration for the faculty, especially in regards to their adaptability and creative use of technology. “Their spirits for innovation in the classroom have been extraordinary,” Goodnight attested.

Greene also noted that the way teachers use technology has evolved since the school first opened its doors. Computers, once used for simple tasks like recording grades and sending messages, now allow students to “produce and create things” through more complex programs.

“Technology keeps on changing and we roll with it. That’s what makes Cary Academy great,” she said.

Over the past decade and a half, Cary Academy’s community has grown into another one of its greatest assets, according to Greene and Goodnight.

Alumni are now reengaging with the school in different capacities, even as teachers. “That creates a whole new sense of community. The alumni network is an ever-growing pool that we can turn to,” Greene commented. 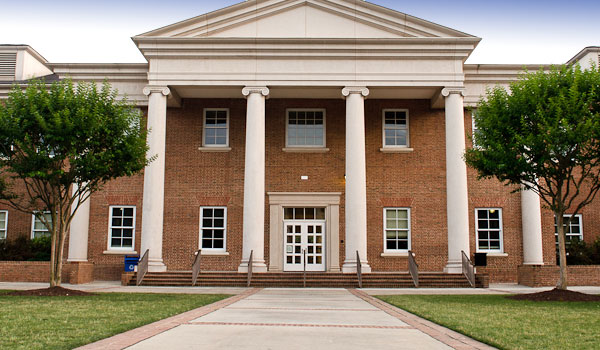 Perhaps the school’s most unique feature, however, is its foreign exchange program, which has always been a critical part of the language curriculum. Every year, one hundred upper school students travel to five different countries: Argentina, Austria, Chile, China and France. While there, they put the language skills they’ve acquired since middle school to use, living with a family and interacting daily with their hosts’ culture.

“That travel experience that every student has in their foreign language has turned out to be one of the best components of the Cary Academy experience,” Goodnight said.

According to Greene, the original Head of School, Don Berger, was committed to developing an exchange program that every student could participate in. This experience, which Martina said “pushed students out of their comfort zone,” aligned perfectly with the school’s mission of discovery.

At the program’s launch, only 65-70% of students traveled abroad; today, participation has increased to 95-98%. “We take [the program] for granted,” Martina admits, “this is not normal!”

Challenges Ahead: Tempering Balance with Ambition

Looking forward, Greene said the school’s biggest challenge will be to take on the “race to nowhere” idea: a pervasive, almost excessive sense of ambition that drives students to overachieve and to stretch themselves thin over academics, athletics, and other extracurricular activities.

“How can we tone some of that down a little bit, so that students have time to enjoy themselves?” Greene asked. “This question is larger than our school alone,” she acknowledged; most private schools struggle to help highly-motivated students find a healthy balance under the pressures of teachers, peers, parents, and their own perfectionism.

Greene said she hopes to find a way to “bring more sanity to students’ and teachers’ lives.”

I asked Greene how she feels about the fact that Dr. Michael Ehrhardt will be the next Head of School, effective July 1, 2013. She is eager for a fresh perspective, and hopes Ehrhardt will be able to “energize” the school. “Change is more exciting than scary,” she added.

Cary Academy by the Numbers 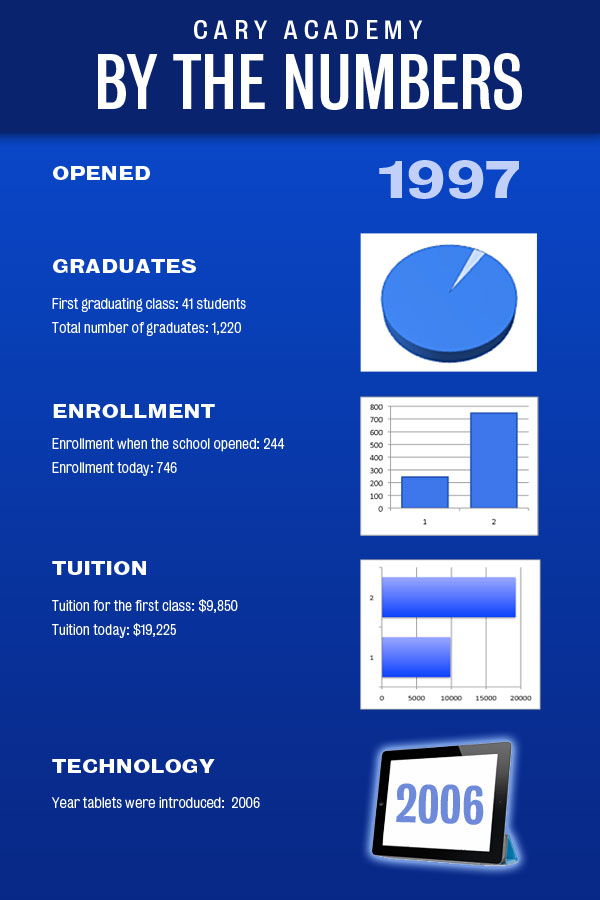