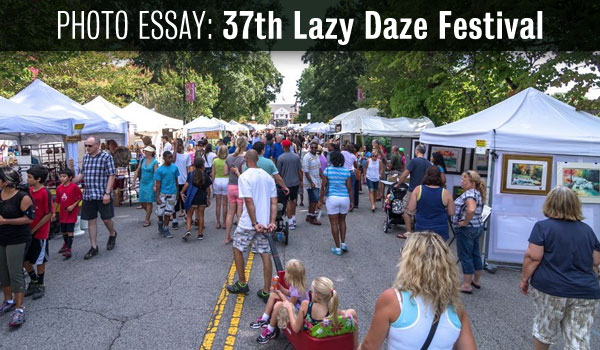 Cary, NC-  Cary’s Lazy Daze Festival fell on Saturday August 24th, arguably the best weather since the festival began 37 years ago as the brainchild of artist Jerry Miller. What was once a quaint row of tents on Academy Street has grown to include over 385 artists’ booths who travel from around the country to be a part of this juried event.

I volunteered the night before to help artists set up their booths and the weather was positively Fall-like, hovering around 80 degrees. It’s been a rainy summer, but the clouds didn’t gather as artists busily set up tents and brought out their wares, many traveling to Cary as part of a round trip art festival circuit they make every year. 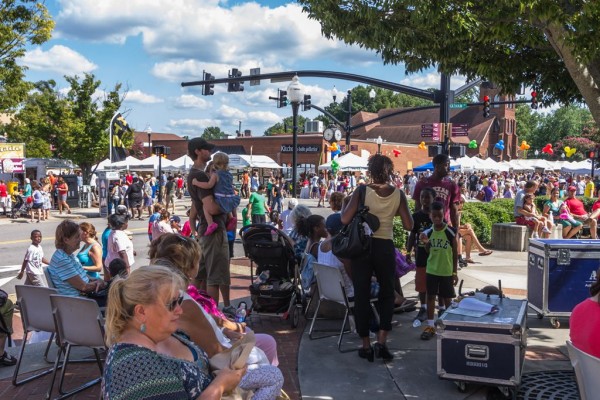 Festival day, attendance was good (although not a record, at roughly 60,000) , and parking was tight as always. I did manage to find a space behind the United Methodist Church, which loans the town its vast lot, free to festival goers all day. 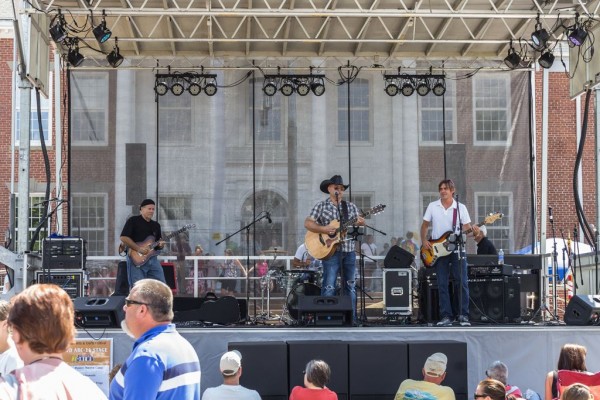 Two stages entertained the crowd at either end of Academy Street, with a third area set up for kids in the Park Street lot that will soon house the much anticipated Mayton Inn. Over 420 booths of art and various Cary organizations greeted visitors all along Academy and Chatham Streets.

Performances included a fun pirate show on the plaza in front of the Cary Arts Center.

On the Performance Green at the corner of Academy and Dry Ave, a new addition came to the festival. Aerialists set up a station where they performed feats of airborn gymnastics. 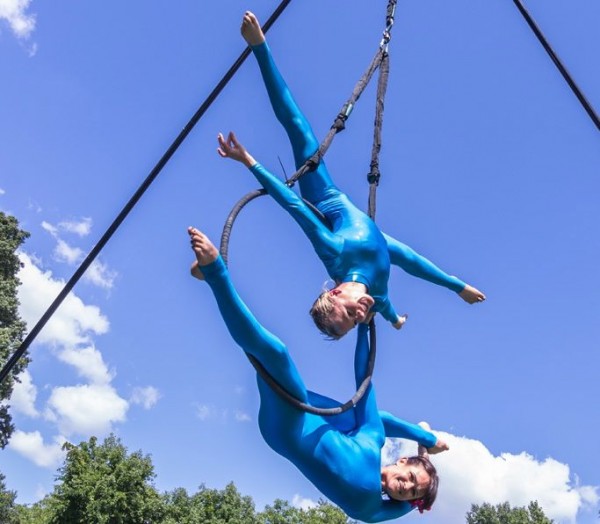 The festival kicked off with a proclamation from John Webster, Cary’s official Town Crier, thanks to our partnership with Sister City in Markham, Canada. 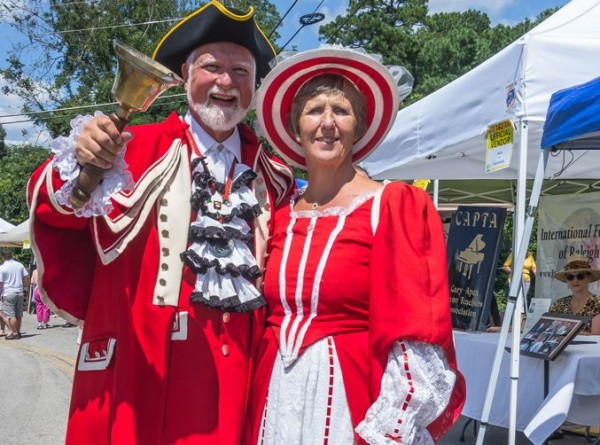 There was plenty of other unscheduled street entertainment… 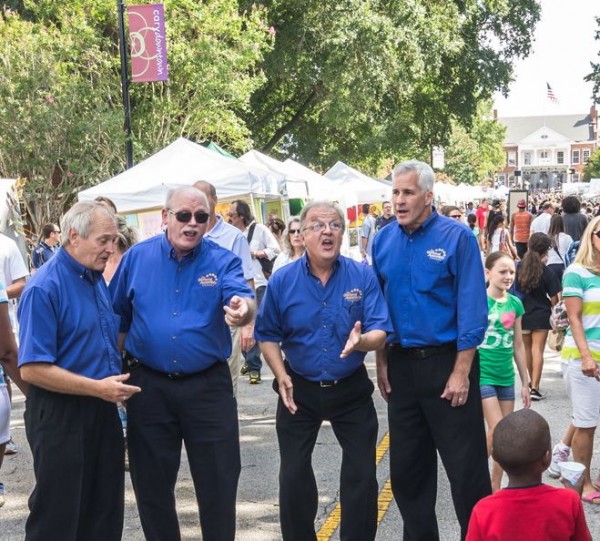 …and crafts for kids to make and take at several booths mixed in. 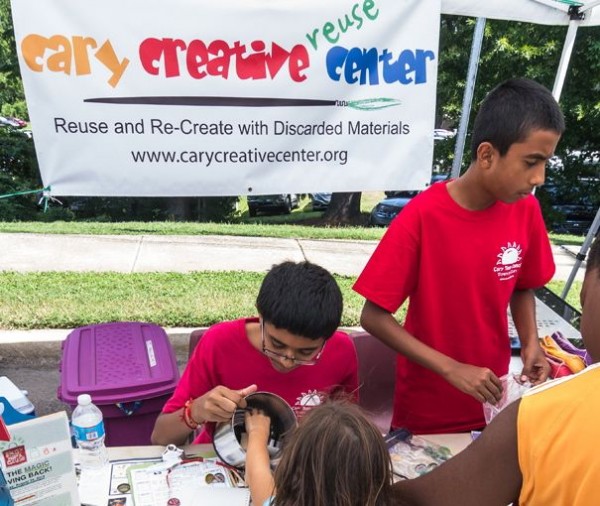 And of course some of our favorite townfolk. 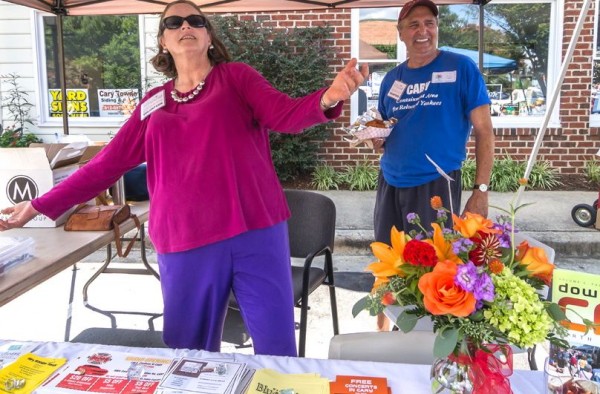 Cary’s Lazy Daze Festival couldn’t happen without the leagues of volunteers that sign up to assist the Town in their efforts to bring the biggest and best arts and crafts festival to the Southeast. This year over 200 volunteers helped attendees learn about Town volunteer boards, assist with set-up and clean-up, announce performances, give artists booth breaks, answer questions and give directions.

To all these folks and Town of Cary staff, CaryCitizen says, “Thank You!” The 37th Lazy Daze was one for the ages. 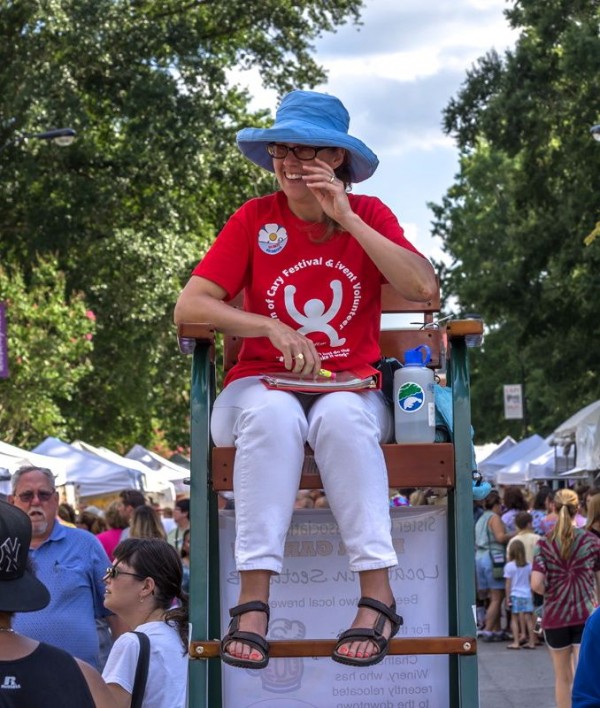