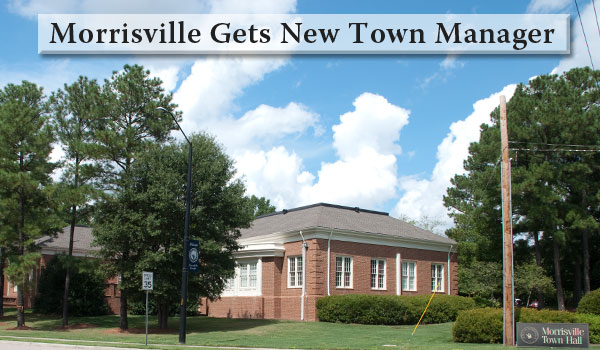 From Town of Morrisville:

By unanimous consensus of the Town Council, Martha Wheelock has been selected as the new Town Manager for the Town of Morrisville.

Martha Wheelock, 52, is a native of Newport News/Hampton, Virginia and has served as Assistant City Manager for the City of Winston-Salem since September 2006. In this capacity, she oversaw numerous City operations including the coliseum complex and public assembly facilities, marketing and communications, CityLink (the city’s customer service information center), fleet services, information systems, property maintenance, human resources, internal auditing, recreation and parks. She also coordinated the implementation of capital projects, oversaw special projects and events, and provided leadership for organization-wide strategic planning, including performance measures to enhance effectiveness, efficiency, and accountability.

Ms. Wheelock joined the City of Winston-Salem in 1999 as finance director of the coliseum/convention center. In 2004, she was promoted to deputy finance officer. In that role, she was responsible for the city’s revenue, internal audit, and purchasing divisions. Before joining the city, she worked as business manager for the Central Intercollegiate Athletic Association. She holds a bachelor’s degree in accounting from Christopher Newport College in Virginia and a master’s degree in public administration from the University of North Carolina at Greensboro. She is a graduate of PELA and Municipal Administration programs offered by the UNC School of Government. She is a member of the ICMA where she serves on the Task Force for Women in the Profession and the NCCCMA and the NCCCMA Program Committee. She serves on various community boards, including Cancer Services and Family Services, and is an active volunteer with Special Olympics.

Martha is the proud mother of Kelly Marcolini, who works at Duke University in Sports Marketing. Martha has six brothers and sisters, three of whom live in the Raleigh/Cary area. In her free time, Martha enjoys running and other aerobic exercise, and cooking. Her two passions are music and NFL football, especially the Pittsburgh Steelers.

“I am honored and excited to serve the Town of Morrisville, a progressive, diverse community that values both its past and future. I pledge to work with all town employees and with passion and commitment to meeting the needs of Town Council and the citizens of Morrisville,” said Wheelock.

The offer is conditional, pending the successful completion of the pre-employment process and approval of the contract by Town Council. Her anticipated start date is September 23.