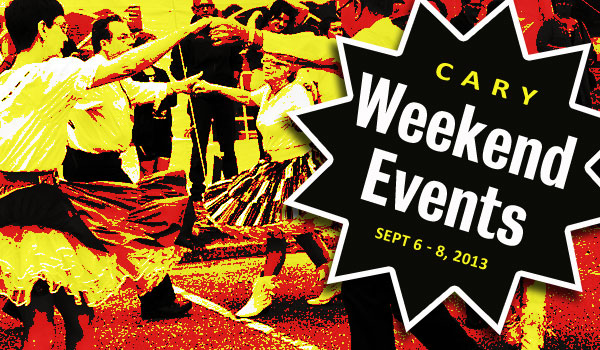 Cary, NC – The New York Cosmos will not be in town this weekend. Neither will Hank Williams, Jr. In fact, it’s a weekend of small pleasures in Cary, and sometimes that’s a good thing.

We always start the weekend on Thursday. Who doesn’t?

This Thursday, there’s a meeting of Cary Photographic Artists, a get together with the Cary Cross Trailers Square Dance Club, The Grass Cats at Mac’s Tavern (possibly the longest running bluegrass gig in Cary history) and two dozen other events great and small.

More Thursday details on the Calendar.

Friday, there’s a beer tasting at Triangle Wine Company on Davis Drive, Family Karaoke Night at Havana Grill, and the band Finally at Doherty’s Pub starting at 10 PM for the late crowd.

More Friday details on the Calendar.

Every season has its fruit, and that’s why it’s good to start out Saturday’s in Cary with a trip to one of the farmer’s markets. We have three in Cary (Downtown, Waverly and Western Wake). In season now: apples, lettuce, Asian greens, peppers, pumpkins, summer squash, Swiss Chard and more.

There’s also an art class in mixed media at Lake Lochmere, The Geeker’s High School Basketball Showcase at Herb Young (some great young ballplayers in this tournie), Barleycorn & Rye on the Downtown Cary Performance Green (across from Cary Arts Center), and Rockin the Suburbs at Doherty’s.

More Saturday details on the Calendar.

So what if Miley Cyrus is not coming to town to twerk with Robin Thicke? It’s a weekend of small pleasures in Cary, and sometimes it’s good to lay back and enjoy Cary’s own version of small town charm.

The CaryCitizen Calendar of Events is edited by Lindsey Chester. Photo by Poul-Werner Dam.

Win A Trophy Stuffed with Cash!
Scroll to top