Morning photo at Page-Walker before the teams took off

Cary, NC- Last Saturday amid forecasts of thunder showers and a last minute switch of afternoon venues, teams competed to be declared the winners of the 4th annual Cary Scavenger Hunt. After an adventure that took 52 teams throughout the 54 square miles of our town, including non-contiguous areas, the exhausted competitors came back to Town Hall and a warm party reception. Food, Beer (that’s right!) and plenty of entertainment awaited our heroes as the scores were tallied and the winners were finally announced at 3:00pm by CaryCitizen publisher Hal Goodtree. There was even a Last Place trophy awarded to the team who scored the overall lowest points of the day. 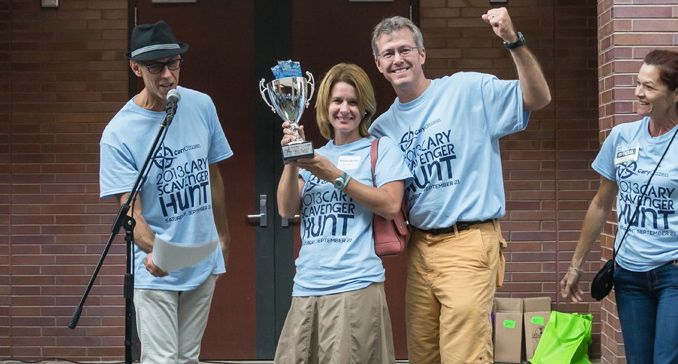 In the Adult Category: “Team Epic”, who has played with us before, won first place with a score of 9000 points even. 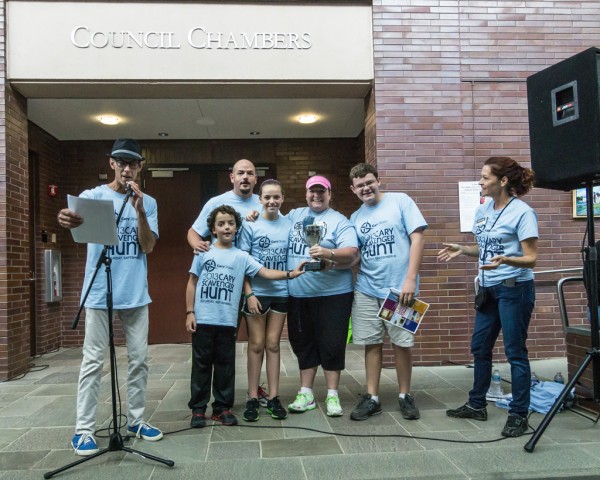 Our Family Team winners were the “Lucky Lucases” also a team who has competed in the past, who scored 8490.

Our last place team, was Team Smith, who we believe we have seen playing previously as well. What does that prove? “If at first you don’t succeed, Try Try Again- or take home a different kind of trophy”. 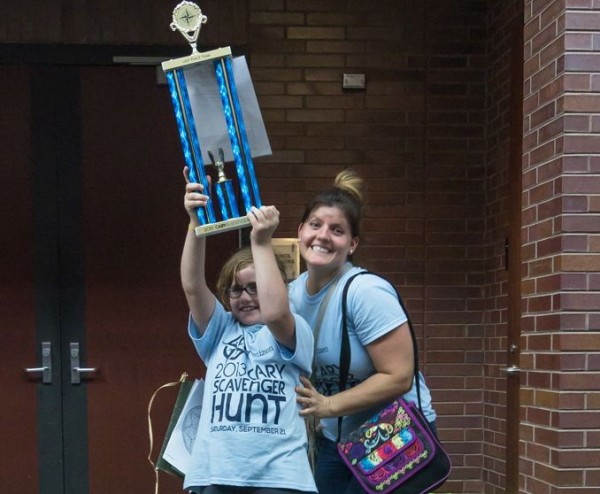 Team Smith with the official lowest score won a trophy too

We heard fun tales from our sponsors, who told us teams came prepared for fun on their visits. At Town Hall everyone enjoyed a brew from soon-to-open Fortnight Brewery, and had some samples from Another Broken Egg, Great h=Harvest Bread, Tijuana Flats and Smoothie King. Teams were entertained by the daring-do of Tiger-Rock Martial Arts, the Concert Singers of Cary and the ever popular Superskippers. Child IDs’ were made by NY Life, tumbling was learned from Little Gym, kids could even learn some yoga from Open Arts or make & take a craft from the Cary Creative Center. Three teams even test drove the new 4 door 500L FIAT for the day. Adventures all around.

Now what everyone has been waiting for: (drumroll please) The overall scores from our teams! From a total possible score of  10,877 points,  here’s how our teams performed:

Teams that did not finish: Village Idiots and Flamingo Monkeys, Team Ramage

Teams without scores: The Growlers

We will begin planning next year’s event within the next few weeks and plan to make some early announcements as the details unfold. I have heard it’s a good idea to read CaryCitizen (subscribe for free daily emails) and check our facebook page periodically. Oh yeah, and listen up when we announce our sponsors they are generally important folks for points.

Photos by Brooke Meyer for CaryCitizen 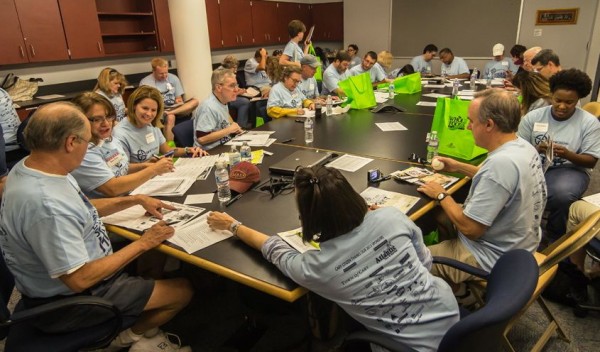