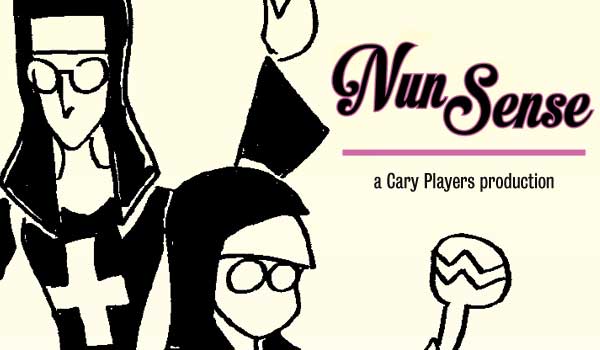 Cary, NC — The Cary Players combine comedy and music in NunSense, an evening of hilarity for their 2013 Fall season opening production at the Cary Arts Center.

It all starts when the Little Sisters of Hoboken discover that their cook, Sister Julia, Child of God, has accidentally poisoned 52 of the sisters, and they are in dire need of funds for the burials.

The sisters decide that the best way to raise the money is to put on a variety show, so they take over the local theater, which is currently set up for another show.

With more than 5000 productions worldwide, NunSense has been translated into 21 languages.

Get tickets online or at the Cary Arts Center Box Office.