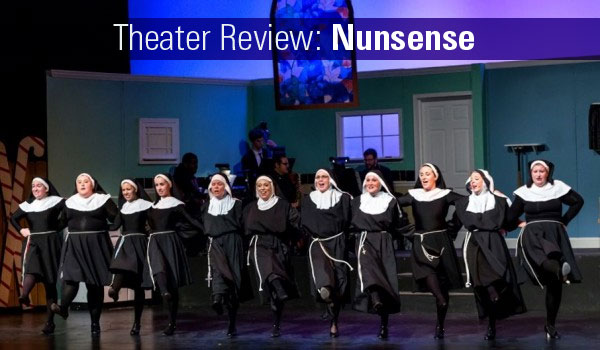 Cary, NC – If you love stage productions with lots of singing and choreography, then the Cary Players’ latest production Nunsense is a show you won’t want to miss.

Right from the beginning, the show gets off to a rousing start with an Irish-accented Reverend Mother named Sister Mary Regina played by Mary Beth Hollmann. She immediately belts out a song with the rest of the ensemble, and the evening builds from there.

The talent that the Cary Players manage to attract to their volunteer community theater is always mind-boggling, but this time they go a step further adding tap dance, show tunes, Rockette-style kick line and even ventriloquism.

Admittedly the show is a little thin on plot (the convent’s cook has poisoned 52 of the members with a bad batch of vichysoise soup. All but 4 have been buried. The remaining nuns must raise the funds to bury these last 4, who are being stored in the freezer (yikes!). The nuns decide to “put on a Show” and what a show it is! 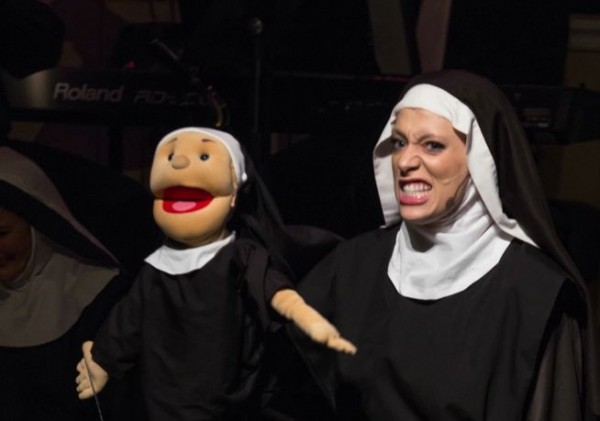 Each of the four main nuns have fabulous star turns, singing about lost aspirations and how being a nun now fulfills them. My favorite is Sister Mary Amnesia, played to hilariously by Melanie Carviou. This actress seems to be able to tackle anything from belting out a Broadway tune to trying her hand as a ventriloquist.

One of the nicest surprises was to see the Cary Players tackle a play with such variety of skill sets, and so much choreography. Nunsense in the first production in recent memory to have a cast solely made up of women. The band, stationed up at the back left part of the stage, are the only men the audience ever sees onstage. One of the musicians has a few short lines.

Breaking the wall happens quite a bit in the show as each of the actresses in turn directly addresses the audience at one time or another.

Need an evening of light hilarity? Nunsense is the show for you. The talent the Cary Players continue to attract at the Cary Arts Center is once again amazing.

Let me hear an Amen! 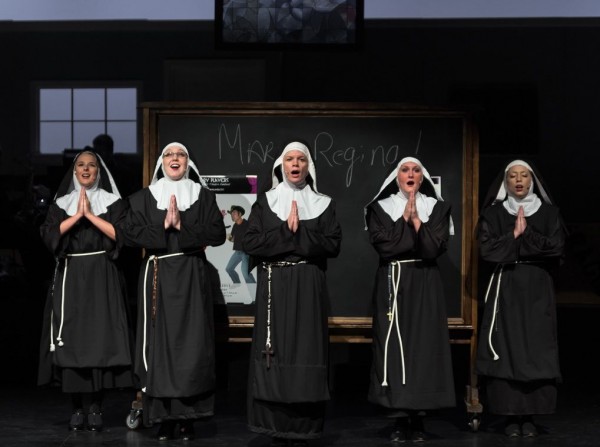 The Production of Nunsense continues this week.

Get tickets online or at the Arts Center’s box office.