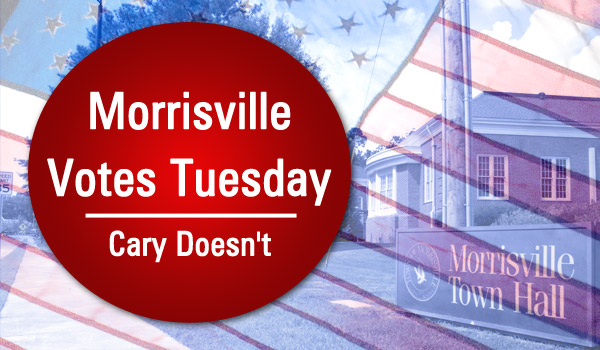 However, Morrisville citizens go to the polls on Tuesday, November 5, 2013.

It’s a very competitive election next door in the Heart of the Triangle with multiple candidates in each race.

I also had to point out to my buddy, a dear friend and a fine musician, that the Wake County School Bond was voted on and passed on October 8.

Don’t be like my friend – find your polling place and visit it tomorrow if you live in Morrisville.