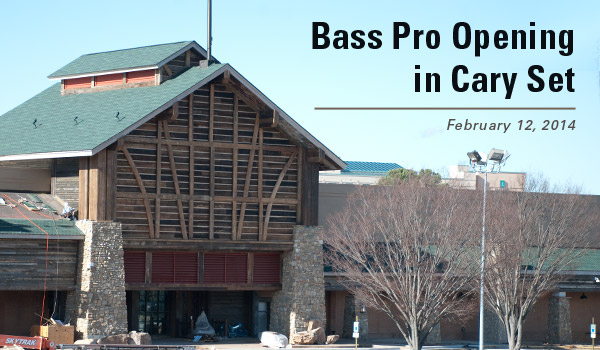 Cary, NC — Wednesday, February 12, 2014 has been set for the eagerly awaited Bass Pro opening in Cary. The new 105,000 square foot retail space at Harrison Square will include numerous artistic and decorative elements reflecting our local landscape.

According to an email received today, the Bass Pro opening in Cary will be on February 12, 2014.

If you live on the north side of Cary, it will likely be bedlam on Harrison Avenue, Weston Parkway and in the vicinity of SAS on opening day.

Google Maps has yet to catch up with this new designation, but Harrison Square is located at the corner of Harrison Ave and Weston Parkway. 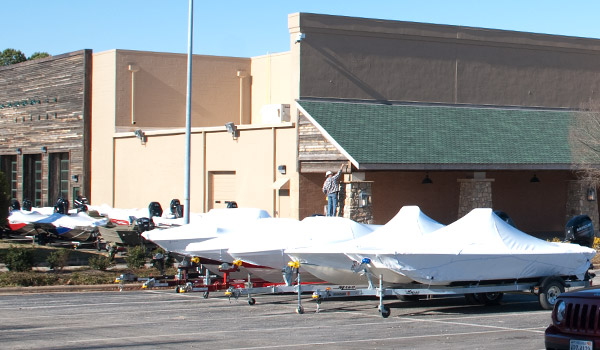 Fishing boats in the parking lot off the newly named Bass Pro Lane in Cary, NC.

If you’ve ever been to Bass Pro, you know it’s more than just shopping – it’s an experience. It’s like a cross between a theme park and a museum. With shopping.

The new Sportsman’s Center in Cary will include lots of local artwork and exhibits. From Bass Pro:

In their email, Bass Pro said it “has hired 200 associates from the Cary area.”

If you count contractors, the job tally increases significantly. The parking lot was packed in front of the new store on January 15, 2014: 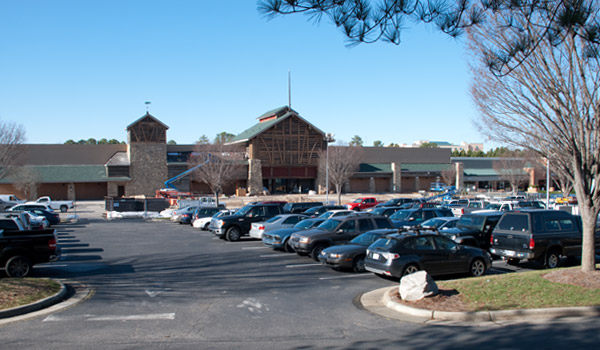 As well, there will be an inaugural celebration for the Bass Pro Opening in Cary the night before the Grand Opening. Details to follow.