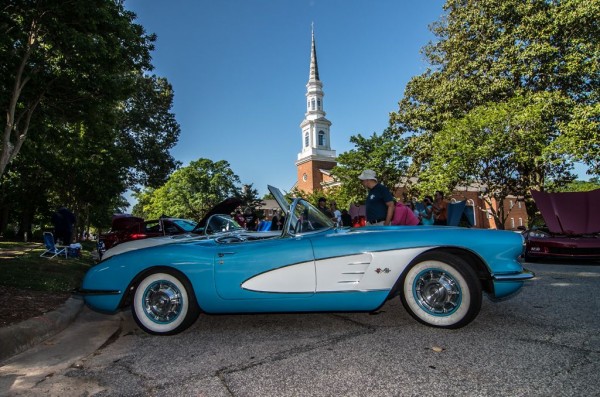 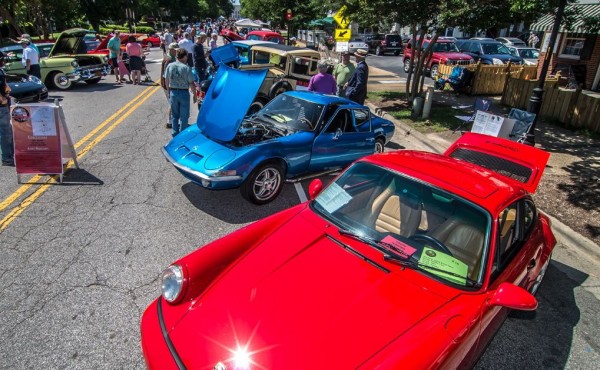 Antique and show cars lined Academy Street on May 17, 2014 in Downtown Cary. Photos by Brooke Meyer.

Cary, NC — The Town of Cary held the third annual Wheels on Academy car show this past Saturday May 17, 2014, hosting about 100 vehicles with their hoods open for display along Academy Street, Cary’s picturesque downtown thoroughfare.

CaryCitizen was there for that beautiful day. Photos by Brooke Meyer.

The weather was great and the crowds were large and enthusiastic. The event has been expanded to include live music on the Town’s portable stage at the intersection of Chatham and Academy. Booths with automotive themes lined the street amidst the cars, parked at an angle all along the main drag.

Demonstrations included a Q & A at The Cary from the National Corvette Museum’s Executive Director. In the Performance Green, the Antique Automobile Club of America assembled a Model T. When it was put back together they cranked the engine and drove off in it.

In the parking lot of the future Mayton Inn, a fire truck, police car, smart car and other vehicles were available for up-close examination.

Kids activities and an Art Car project rounded out the day before the announcements of awards to the vehicles on display for judging. 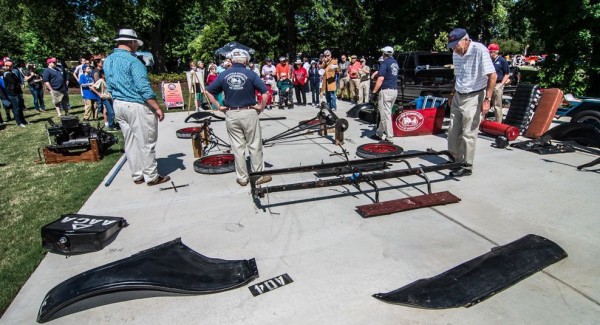 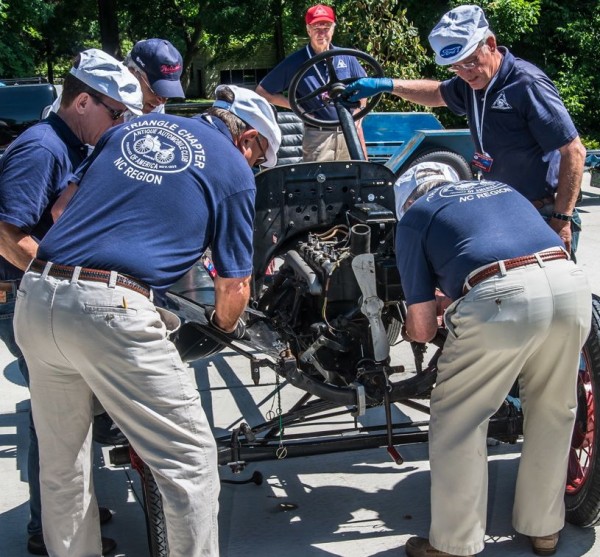 Above: A team assembles a Model T. 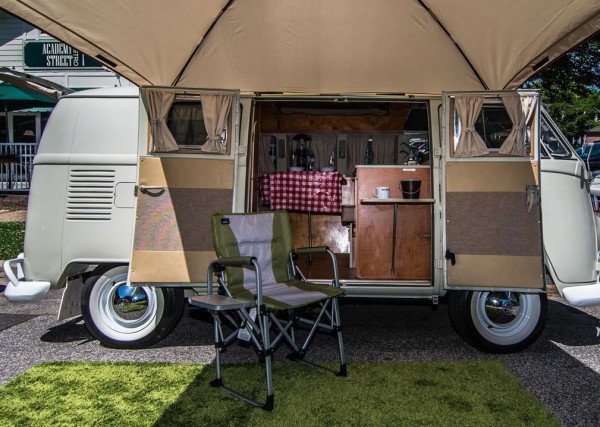 Above: An old Vanagan open for visitors to check out the living style within. 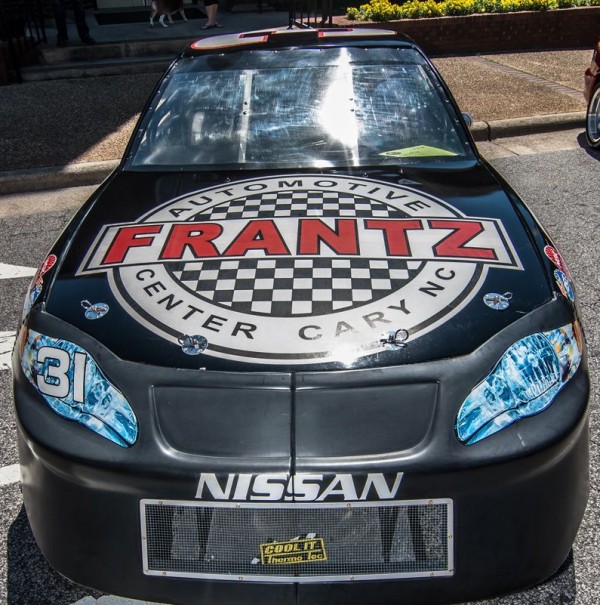 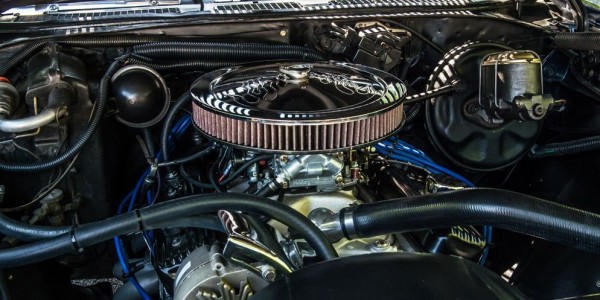 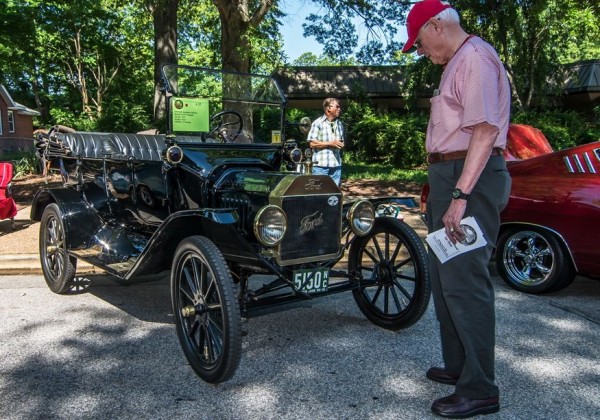 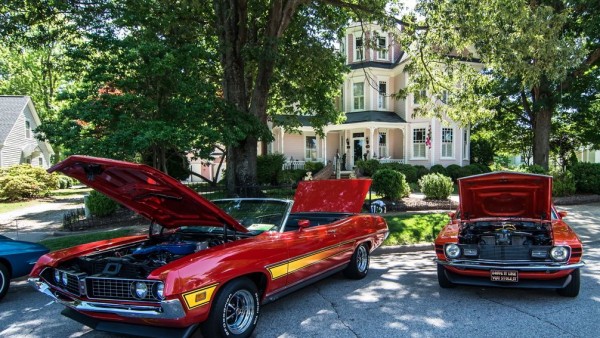 All photos by Brooke Meyer. Visit BrookeMeyer.com for more info.