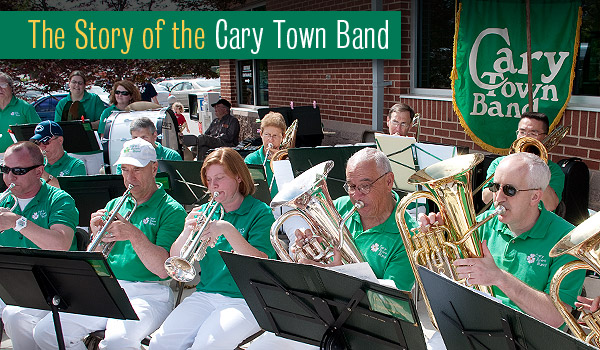 The sounds of march music and even the Pirates of the Caribbean theme filled Bond Park’s Seratoma Amphitheater for the band’s annual spring concert Friday night. Request Friday, as it was called, brought  dozens of  listeners out to the park, some with lawn chairs and coolers.

The Story of the Cary Town Band

Music aficionado Dr. Jim Hammerle started the band in 1987 because he wanted to bring a early 1900’s style band to Cary.  At the time the group was started, it had about 6 members. The band wore traditional marching uniforms with brass buttons. The group has grown greatly since then, to its current membership of 47.

A Band of Doctors and Business People

Holoman said that the majority of the band members are not professional musicians. Instead, he said the band is made up of doctors, business men, and business women. Holoman is a computer scientist who runs his own computer security company.

“For them, music is an avocation, not a vocation.”- Stuart Holoman, Cary Town Band conductor

Interested musicians must audition in order to join the band. The group has weekly rehearsals in the Cary Arts Center, and Holoman said dedication is key. 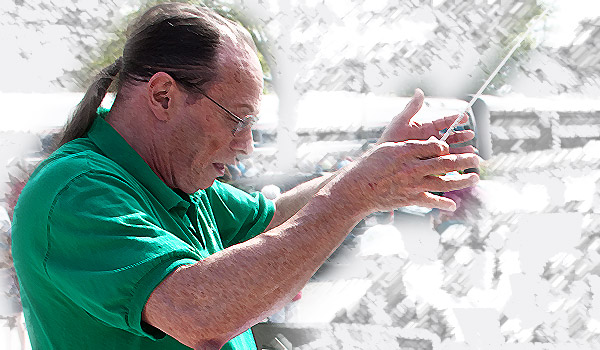 The band mostly plays music from 1860 to 1920. This includes marches, waltzes, and polkas. Holoman keeps the mood of the concert as light and fun as a circus march by adding jokes in between songs and offering the coveted “concert silly prize.” At each concert, Holoman randomly selects one lucky winner to get a bag of gifts that relate to the music that was performed. Silly prizes  have included a plush monkey, a plastic dancing frog, and a package of Italian sausage.

The best part? All Cary Town Band concerts are free. So take a trip down memory lane and listen to the tunes of Cary’s very own town band.