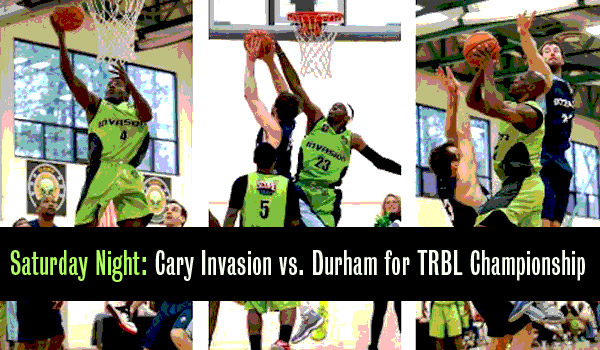 The Triangle has basketball talent, no doubt about it.

The TRBL is the Triangle’s first pro basketball league, and a fine rivalry has developed between the teams in Cary and Durham.

TRBL games are uptempo affairs, with teams regularly scoring 140 or more points. There are plenty of individual talents, but team play wins in the TRBL. Expect crisp passing, lots of steals and plenty of highlight reel dunks.

Get up there, young fellas!