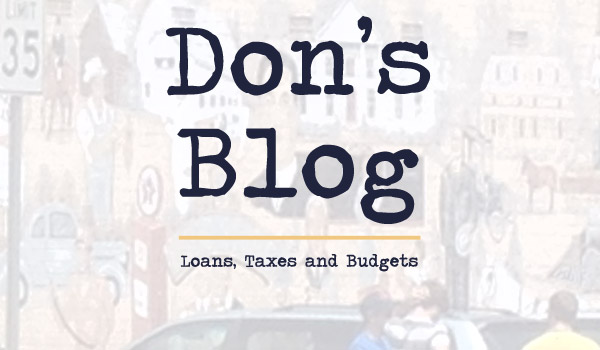 Cary, NC — After a number of council staff work sessions and an unprecedented amount of citizen input the council approved the Town of Cary’s FY2015 budget.

The approved budget totals nearly $261 million with $209 million allocated for operations and $51 million to fund capital projects. This is also the first budget approved utilizing priority based budgeting practices adopted by council last year. While previous budget years have been guided by the town’s mission statement and statement of values, at the 2014 council retreat the council and town staff developed a list of goals and practices to better define our community priorities. These include:

Priority based budgeting provides for a comprehensive review of the entire town organization and the programs and services offered. It then analyzes each one (501 total) to determine costs and relevance to the goals and practices identified by council above. Every program or service was then ranked and divided into four tiers with the most important in the top tier and the least at the bottom. Highest priorities get funded – those at the bottom not so much.

I want to thank all of our town staff – especially those in the budget office – for all their hard work. Developing a budget for a town of our size is no easy task and takes the better part of a year to achieve, and come Monday morning I’m sure they will begin working on Cary’s FY16 budget. You can view the adopted FY15 budget here.

And while I can’t say everything in this year’s budget was sunshine, puppies and rainbows, I was 90-95% satisfied. I would have liked to have seen suggested improvements to Sk8 Cary make it in to the budget. I wasn’t thrilled with the expansion of C-Tran services this year. But that’s just me and I’m not king. One of the great things about this council is that we operate as a body – not individuals. There were items that other council members wanted that did not make it into this year’s budget either. I’m sure Lori would have liked to have seen more of a focus on technology. Gale wanted to expand C-Tran more than was proposed. But at the end of the day we only have but so much of YOUR money to go around. Everyone compromised on something and we all worked really hard to focus on our greatest priorities. Priority-based budgeting really helped in that regard.

If you haven’t heard, staff has completed their study regarding the Cary High School/Maynard Road water tower. And yes, one of the possible options includes keeping and rehabilitating the iconic tower. Staff will present study results to the public on July 9th from 4:00-7:00 at Cary Town Hall in room 10035. Please stop by and hear from staff and provide your input. You can read more about my thoughts on the tower in a previous blog post here.

There has been quite a bit of discussion lately regarding the North Carolina General Assembly’s efforts to eliminate or cap the local business privilege license fee (tax) and the impact that will have on municipal revenues. More than 300 cities across North Carolina charge businesses a tax or fee for what, in many folk’s opinion, appears to be for nothing more than “the privilege of doing business”. The rate charged varies from city to city and is often based on the amount of revenue or size of the business. A coffee shop in a small town might be charged $5.00 while a big-box store in a larger city might pay upwards of $20,000. The elimination or cap on such a tax/fee are part of the NCGA’s tax reform efforts to improve the business climate across North Carolina. Given recent studies and news reports, many of those efforts appear to be working.

I support the NCGA’s effort to eliminate this tax. Businesses – especially small business – are the engines of the economy. They provide the jobs and paychecks to employees and more often than not provide their employees with health insurance and other benefits. So why in the heck should businesses be taxed for the “privilege” of doing that?

Initial reports from Cary’s budget department indicate that the elimination or cap of the privilege license tax could impact Cary’s bottom line to the tune of around $2 million. Then again, we might discover that reducing the tax burden on Cary businesses $2 million incents job creation and property investment resulting in increased sales tax and property tax revenue to the town. Time will tell I guess.

While the economy in Cary remains strong and our unemployment rate is around 3.6%, other municipalities can’t say the same. Business and job growth will help in this regard. All of North Carolina citizen’s quality of life is important to our state leaders. If you aint got a paycheck, chances are your quality of life stinks.

At our Thursday meeting, the council approved the acceptanceof the section 108 loan from the Department of Housing and Urban Development (HUD), and amended the purchase and development agreement for the Mayton Inn hotel project in downtown. This was pretty much the final step in what has been a very arduous process given the many different agencies and entities involved.

In a nutshell, this project is receiving both private and public funding/financing (Town of Cary, Federal Govt. (HUD) private lenders). All funding/financing had been approved except for the $1.4 million section 108 HUD loan. The town finally received notification from HUD that the town’s application had been approved and that HUD funds have been committed to the project.

Construction can now begin although the town will not receive the HUD funds until HUD holds its next public offering bond sale. The HUD loan is to be repaid by the owners of the Hotel – not the town. The town does however guarantee the loan repayment to HUD via Cary’s Community Development Block Grant (CDBG) monies that we receive from HUD. Should the hotel be unable to repay the loan, the town essentially loses that amount in CDBG funds we would get from HUD. The town currently receives around $500,000 annually in CDBG funds.

I know what you are thinking, “how can you use HUD funds on a boutique hotel?” I had the same question when I first heard about it. HUD’s section 108 loan program allows the use of HUD monies on economic development projects that create a certain amount of jobs for low/moderate income folks. The hotel has committed to creating 40 of these jobs.

I kinda like the program honestly. It helps to give low/moderate income folks a hand up – not a hand out.

The council does recognize the risk involved should the hotel be unable to fulfill their commitment with HUD, but we believe that risk to be low, and a risk we are willing to take.

You should see construction begin very soon. I’ll apologize in advance for the mess but it won’t last forever I promise. I wish the Crossmans the best of luck and thanks so much to everyone involved who put so much time and effort into this. I know it wasn’t easy but all your hard work appears to have paid off. I hope to see you all at the ribbon cutting next year!

Well that’s about it for now. As always, thanks for reading!