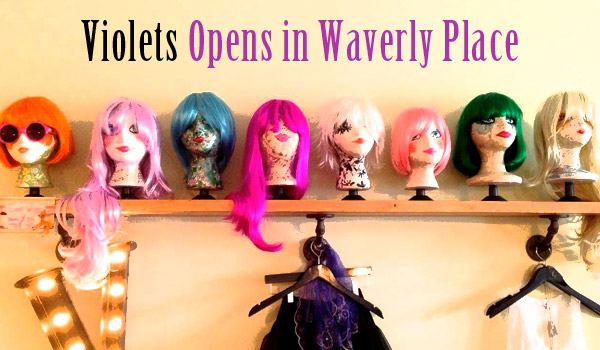 Cary, NC- Maybe you’ve heard of it? There’s a fashion trend sweeping the nation and its called “Bohemian Chic”. Think Anthropology, Free People mixed with California surfer. In Cary, we have our own original store, Violets, that opened recently in the renovated Waverly Place.

In Violets you will see a mix of cozy sweatshirts with angel wings to novelty t-shirts along side home goods like candles, fragrance and even nail polish. You never know what you will find on a  visit to Violets.

Owner Hannah Ellis had been thinking about opening the store for a  while and had been in talks last summer with the leasing agents for Tri Properties. After a unique up fit, the store opened in early June.

Originally from Chicago, Hannah has lived in the Lochmere area of Cary for 10 years. She aims to offer unique brands and items not found at other boutiques in the area.

One such brand is Raleigh Denim, which oddly enough is not carried in any other store (besides the brands own retail outlets) in the Triangle. You can also find Wild Fox, Local Celebrity, and Free People at her store. 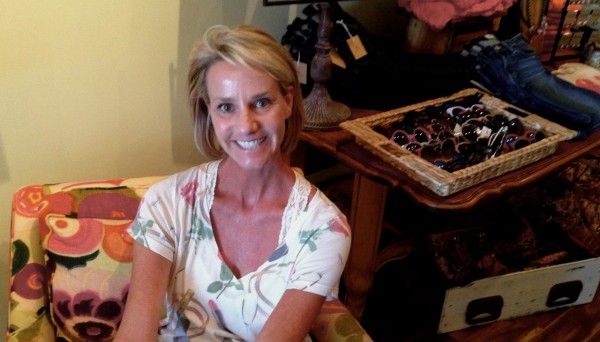 Come In And Hang Out

Hannah says she wanted ” the whole store to not be boring, to have a mix of stuff” with “apothecary mixed in as well as cards for including with a gift. ” She added that she “Would love people to just come in and hang out”.

The store includes a pair of extremely comfortable modernist chairs and a table where we sat while we talked. The store is an extension of her home, in fact some things could have been bought with her personal home in mind.

Even though Hannah is originally from Chicago,  you get the feeling its by way of California.

Hannah’s sister owns the store called “Dolly ” in Durham, and Hannah had helped out there for years, before deciding she would like to open something of her own. There are naturally some crossover items- one of which is fun colored wigs for about $40. There’s an interesting display of them above the cash register area.

She has made buying trips to the Atlanta Market and new transitional and fall items will be arriving soon.

Before opening Violets, Hannah says she has been very involved with a son who has autism. She even created a 501 (c) 3 to aid in his care called Living With Autism. How she found time to conceive of and open her store is a mystery, but she said “that she felt it was time she did something fun and added she feels like Violets is the right place at the right time, and that she was fortunate to be able to create the store, with support from her husband.” 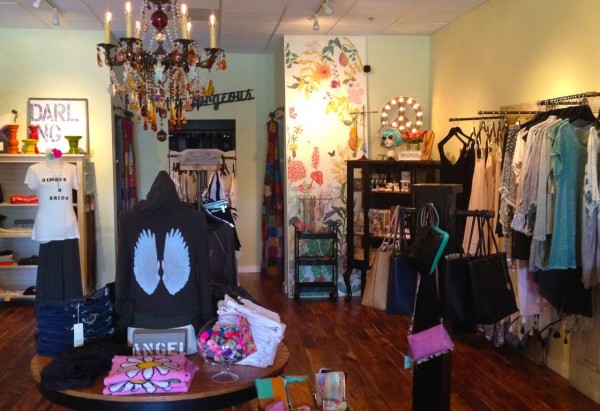 The whimsical decor is inviting at Violets

The interior is inviting with alternative rock playing and an eclectic chandelier hanging over a table that display her angel wing jacket and denim. I could have hung out for hours.