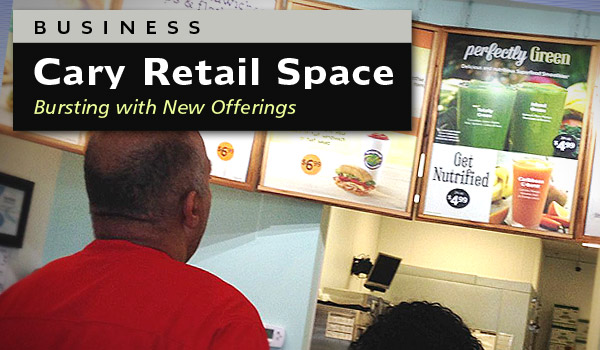 Cary, NC — It seems you can’t visit a shopping center in Cary without encountering a new shop or two. These are signs of the economic recovery making itself felt right here in Cary. Here’s what we turned up this past week. 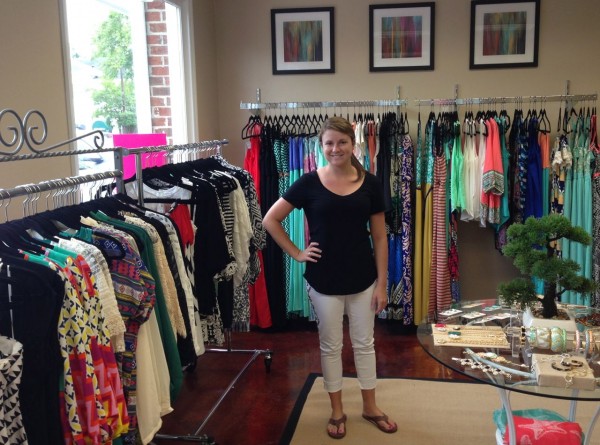 Owner Lauren King in her store Paisley in Downtown Cary

We reported earlier this summer that Belle at the Jones House will open shortly. But there’s lots more newness happening in Downtown Cary.

The Mayton Inn is finally moving forward. The building at 301 South Academy Street was demolished the week of July 13 and an official groundbreaking ceremony for the hotel will be held Wednesday August 13 at 11:00 am. Owners Colin and Deanna Crossman, who also own the King’s Daughter’s Inn in Durham, are excited to be a part of the revitalization of Cary’s Downtown. The boutique-style hotel is slated to open in June 2015.

Paisley, a new women’s clothing boutique recently opened at 117 West Chatham Street, quickly took over the space recently vacated by a sign company. We are glad to see more boutiques in Downtown! Store owner Lauren King owns another store in Greenville, where she studied merchandising at East Carolina University.

Lois Cozart, owner of My Girlfriend’s Closet on West Chatham Street in Cary and the original in downtown Apex, has just expanded. She opened Ooh La La in Ashworth Village,  which will focus on home furnishings and accessories. Her husband has operated a wholesale used furniture business for several years in Briar Creek, and Lois will take the best of these pieces and showcase them in her new store. Look for jewelry, art and home decor accent pieces along with occasional tables and chairs.

Chocolate Smiles Village on West Chatham Street is now completely filled up with tenants. Original tenant Chocolate Smiles continues as the anchor on the ground floor along side Graceful Expressions Dance.

Upstairs, beside Studio 180 Salon, are three new businesses. Blue Sky Pilates recently moved from their former location on Dry Avenue to this location.

The newest business to join the location is Raine Nail Boutique which offers eco-friendly nail and spa treatments.

There remains one open retail store front at 126 W. Chatham Stand that’s from recently occupied by The Green Kangaroo. We predict this space won’t remain vacant for long. 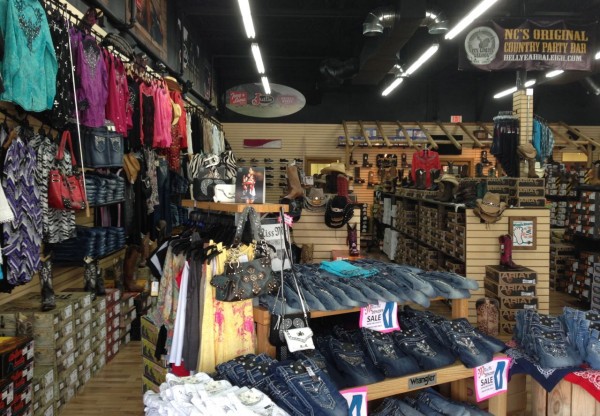 The Country Connection Western Store, located in Harrison Square Shopping, has what you need for your next country concert

The Country Connection Western Store opened about 4 months ago. Owners Chris and Tracy Daniels have owned a store in Garner on Highway 70 for years and felt the location near Bass Pro was a good opportunity. The store carries a wide selection of cowboy boots, western wear and Miss Me jeans.

Tropical Smoothie Cafe opened about the same time with a fresh menu of low-fat smoothies, all- day breakfast, toasted wraps, salads, tacos and flatbread sandwiches. Their food will be sure to please those on a heath-conscious diet. With prices all under $7, it will satisfy your wallet as well as your stomach.

We aren’t sure when Lucky Chicken Peruvian Cuisine opened in this shopping center, but we know it wasn’t there the last time we stopped by. We’ll have to check it out to know exactly what that tastes like! 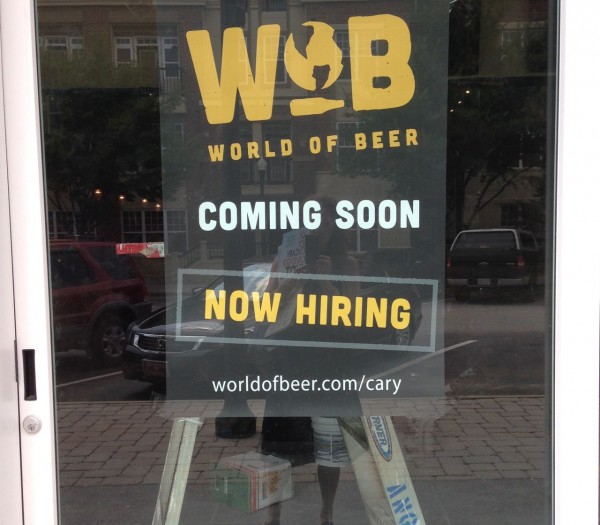 In the Arboretum, World of Beer is slated to open soon and is currently hiring employees. Craft beer is a growing business in Cary with another craft brew bar set to open in the Town of Cary’s space in downtown.

What this center has lost in boutique retail, it has gained in fitness centers and restaurants. Title Boxing and Cary Flow yoga are located on either side of this new establishment.

Toast, a cafe that will serve breakfast and lunch, will open soon in the upper level of Waverly Place. We reported recently on Violets, an indy retailer who just opened a new retail space.

This fall, Cine Bistro will be opening in the large former fitness facility on the lower level.

This shopping center has had a hard time staying full, with the corner retail space formerly occupied by a toy store stubbornly remaining empty for over five years.

But with vacant retail now at a premium in Cary, a new art gallery has opened up in the former framer’s location. The Gordon Munro Fine Art Gallery will open August 8.

Another craft brew seller is getting ready to open in the West Park Shopping area in the strip beside the WalMart Neighborhood market on NC 55. 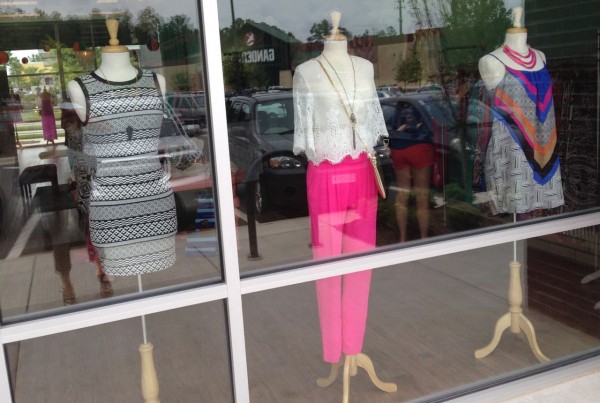 This shopping center has plenty of chains, but Vestique isn’t one of them. Located over nearest to the NC 54 side of the center, the Morrisville store is one of six stores owned by two NC State grads. The shop has what college girls are looking for, but moms can shop there too. Maxi dresses, skirts, blouses and shorts were displayed in July, but fall merchandise will be arriving soon.

Pier 1 opened recently and Black Fin, a new restaurant near the Stone Movie theater, is hiring now and will open before long.

Made, located in Stone Creek, sells an eclectic mix of lotions, unusual t-shirts and jewelry as well as crafting classes, opened this past year. We include them, because they were the first sign that some new things were happening in this shopping center dominated by restaurants.

Republic of Yoga opened earlier this year in the former Triangle Pilates location. Now we see construction happening in the space formerly vacated by Stonehaven Jewelers. Only 2 empty retail spaces remain in this center, and the town homes to the rear of the property are not only finished but filled.

Across the street in the Bradford, apartments are just about finished, with many already rented out. Retail is coming online soon too, with plans forthcoming as the Publix opens this fall.

Know of some additional projects? Please email Lindsey Chester with the details.

Story and pictures by Lindsay Chester.

Retail coverage on Cary Citizen is sponsored in part by Waverly Farmers Market.

Drive a Fiat 4-Door at the Cary Scavenger Hunt