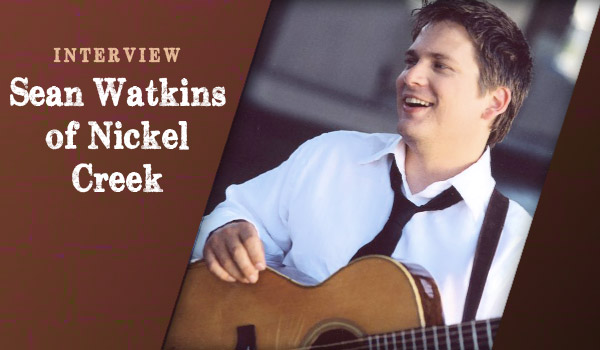 Cary, NC —  Last week, I got to have a nice one-on-one conversation with Sean Watkins of Nickel Creek. The band is playing at Koka Booth in Cary on August 14, 2014.

While Sean and the rest of the band are from Southern California, he talked about his love for North Carolina, where his beloved bluegrass music has its roots. He told me that the style of the band isn’t aimed at a style at all.

“It’s just what we like. It used to be that people had to describe music with words and all these style names came about. Now you look on your cell phone and listen to a clip. No labels needed.”

“We just aim for ‘good’,” he said. But he admits his first love is bluegrass – a little niche in Southern California, as you can imagine. They enjoyed that for several years as a start-up.  They really were pulled together by kismet. Sean was talked into playing mandolin by his guitar teacher when he was a young boy. It seems his hands were small. It was at these lessons that he met the mandolin player in the band, Chris Thile. Slowly, Sean migrated to the guitar.

I asked him if he ever criticized Chris’ mandolin-playing. “Oh no”, he said, a little horrified at the question. “Chris is the best mandolin player in the world”.

“Never about music”, he informed me. “Believe me, it’s all good!” 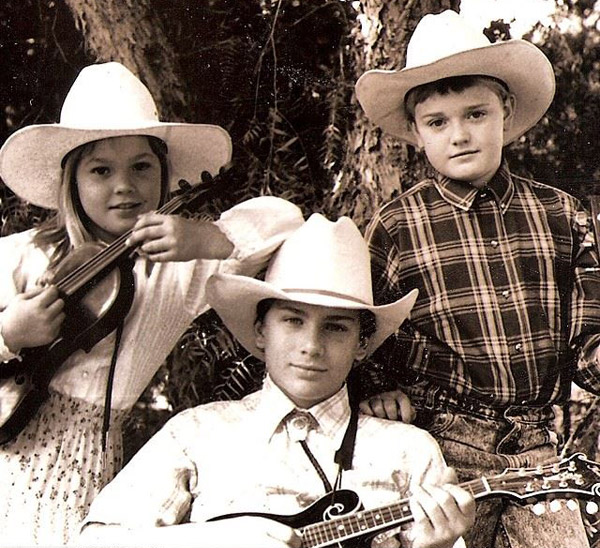 As time went on in the early 2000’s, Allison Krauss provided guidance to the band. They went on to receive IBMA awards, Grammys and CMT awards. Their latest album is a reunion album, A Dotted Line,  produced in April of this year. Sean told me that the album was put together in the famous Barefoot Studio in Hollywood in 11 days. Watkins told me that as a result of the short recording time, the recording has a great sense of energy.

Sean also released a solo album, All I Do Is Lie, this past July. Since the last time the trio was together, Sean has toured with Jackson Browne and Lyle Lovett. His session work resume includes playing guitar, mandolin and singing on records by notable artists such as Dolly Parton, Lyle Lovett, Steve Martin/Edie Brickell, the Chieftains, Bela Fleck and the Flecktones, Hank Williams Jr. and Dan Wilson.

Nickel Creek is playing at Koka Booth Amphitheatre on August 14, 2014.

Story by Matt Young. Photos from Nickel Creek on Facebook.