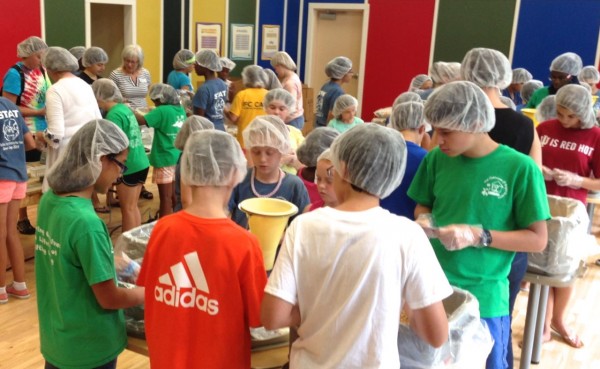 Cary, NC- Students at The Clubhouse at Bright Horizons raised over $2500 in order to participate in a service project called Stop Hunger Now at their location on August 8, 2014.  Stop Hunger Now is an organization based in Raleigh that sends meals all over the world to areas that are in food emergencies. Volunteers raise money to cover the cost of the food supplies and then package meals in vacuum-sealed bags that hold six meals each, that are then consolidated into boxes, holding hundreds of bags. The goal of the Bright Horizons kids was to package 10,000 of these meals in one day.

The idea came to school director, Robin Sarine, last year from a parent who thought it might make a good project for the teens in rising grades 6-9 who attend Camp STAT (Selfless Teens Addressing the Times) during the summer.

The camp’s mission is “to reach out to serve the community” and the core curriculum includes work projects that make an impact. Last year the kids started to raise the money necessary to cover the supplies ($2500) and many of the campers who were at Bright Horizons last summer came back this year eager to continue the fundraising effort. One of the continuing projects that the school is involved with is Agape n Durham, where Bright Horizons built a “Bright Space” play area to help homeless and at risk children in Durham. 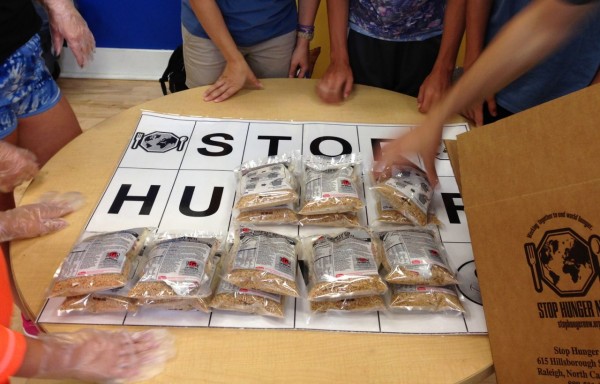 The kids spearheaded the fund-raising which began last summer until they reached their goal this month. Ideas  included bake sales,  bazaars, pizza party challenges, bus naming voting contests. They even challenged their counsellors to shave their heads if they hit their individual goals. About eighty campers were packing meals on Friday, but the whole school got involved with the effort.

When CaryCitizen visited, the school was working on their first thousand meals, and we could see the project involved teachers, parents and kids of all ages. 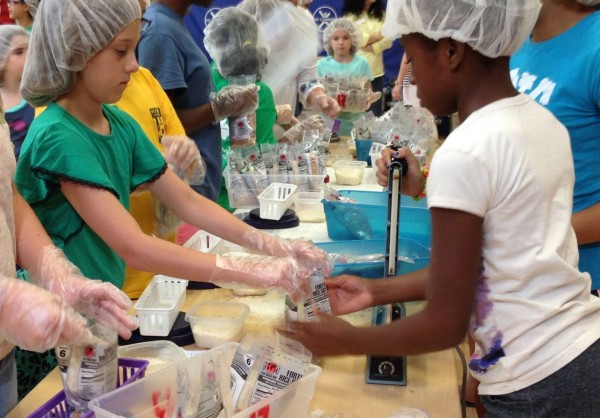 Campers at Bright Horizon work together to meet their goal of 10,000 meals

Stop Hunger Now meal packaging programs can be done by any group, any ability. The team from the Stop Hunger Now non-profit quickly trains volunteers in the process and breaks down all the steps into manageable tasks including scooping rice, adding dehydrated vegetables, weighing the bags, sealing the bags, carrying the bags to a staging area, counting the bags, and finally packaging the meal bags into boxes. A gong is hit for every one thousand meals packaged. All the while loud fun music plays to keep the team motivated.

To learn more about The Clubhouse at Bright Horizons visit their facebook page.

Money Matters: Protecting Your Retirement Against Illness or Injury