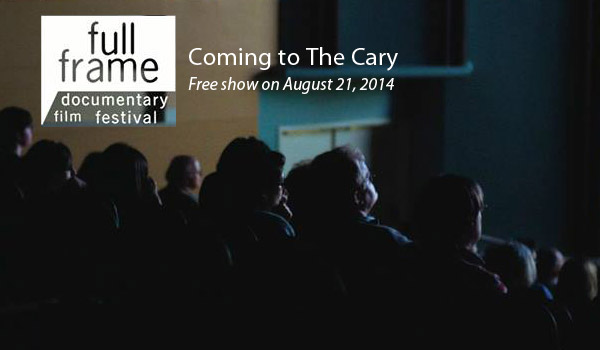 Cary, NC — The Full Frame Documentary Film Festival will be showing one of their movies next week at The Cary Theater in Downtown. The film, Bronx Obama, will run Thursday, August 21, 2014.

The screening is part of the Full Frame Road Show presented by PNC, which has allowed the group to host free screenings of documentaries throughout the Triangle. Full Frame, based in Durham’s American Tobacco campus, is “taking their show on the road” to Cary.

In 2008, Louis Ortiz, a middle-aged single father from the Bronx, was struggling to make ends meet. Then he walked into a bar, and everything changed. Someone thrust a newspaper into his hands, and there on the front page of the New York Daily News was a man with big ears—a presidential contender—to whom Ortiz bore an uncanny resemblance.

The documentary follows how Ortiz attempted to cash in on “the look of a lifetime” with the election of America’s first black president, Barak Obama.

The Full Frame Documentary series takes place annually each spring. Over a span of four days, 100 films are shown morning to midnight within a four block radius in Downtown Durham. Fans and filmmakers come from around the globe to take part.

With this “road show,” the organization is able to spread some of the films to other locations and enlighten new audiences.

This film is FREE, however, all ticket holders must arrive by 6:45 to guarantee admission. So don’t dilly dally!