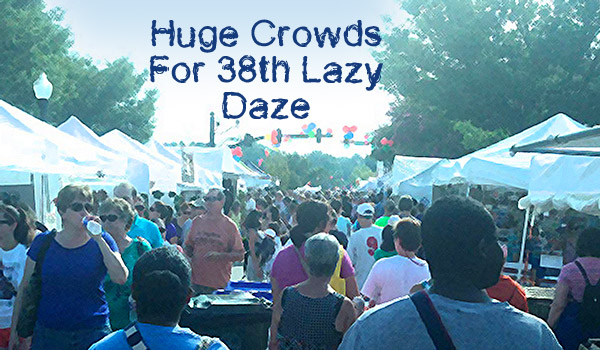 Cary, NC – It snowed, German bands played and there was magic as the 38th Lazy Daze Festival was held this past weekend in Downtown Cary (August 23rd, 2014) . CaryCitizen was there, taking in the sights, sampling some food, buying some art, and meeting our friends on Chatham and Academy Streets. The weather was not too hot, but it was indeed steamy as the humidity returned just in time for our annual arts & crafts festival.

Joy Ennis, director of former festivals, said this year will be the last festival set up like this. Soon, the street scape improvement construction will begin. Widened sidewalks and small gathering spaces will be added, but its anyone’ guess if job will be completed by this time next year. With the construction of Cary’s Downtown Park, future Lazy Daze celebrations will take advantage of the added green space for performance and possibly exhibit areas.

Here’s a set of photos from the weekend: 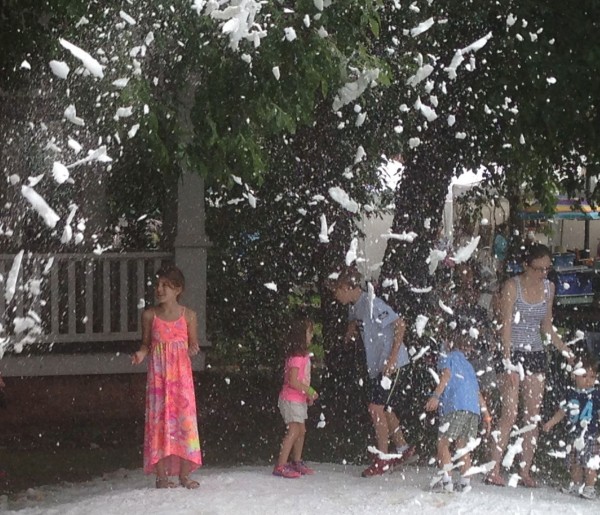 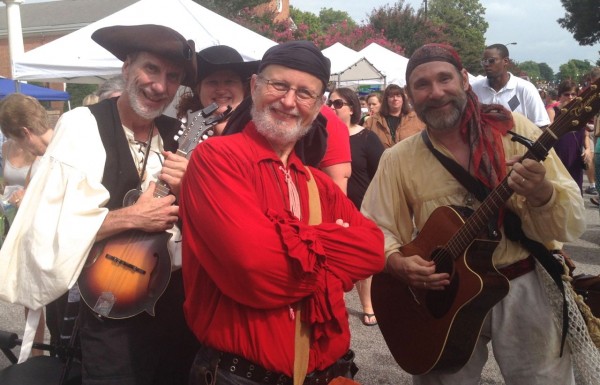 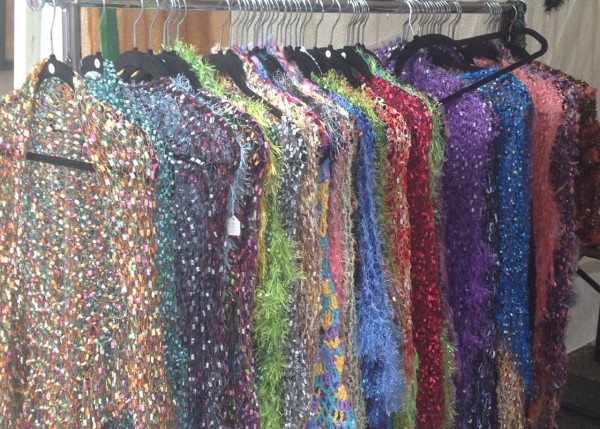 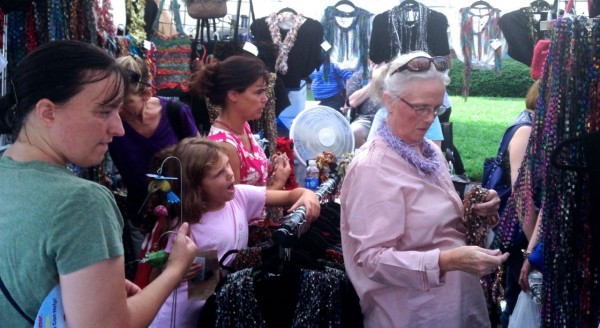 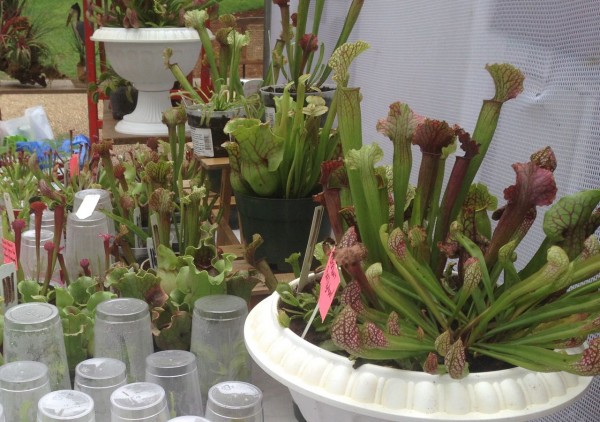 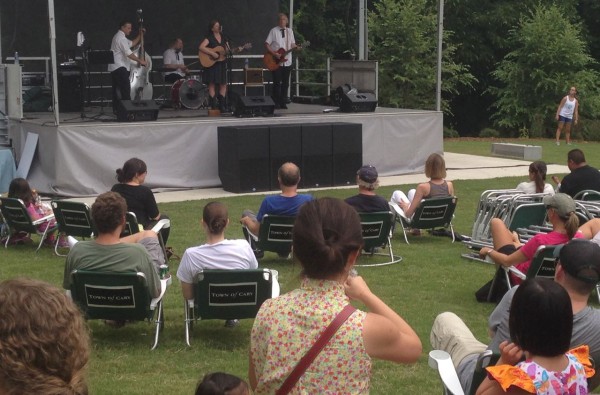 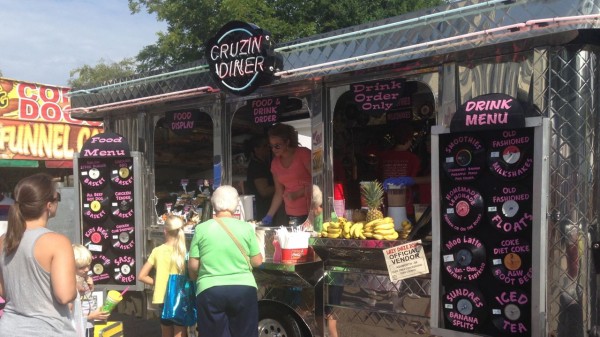 One of the food trucks in Ashworth Village 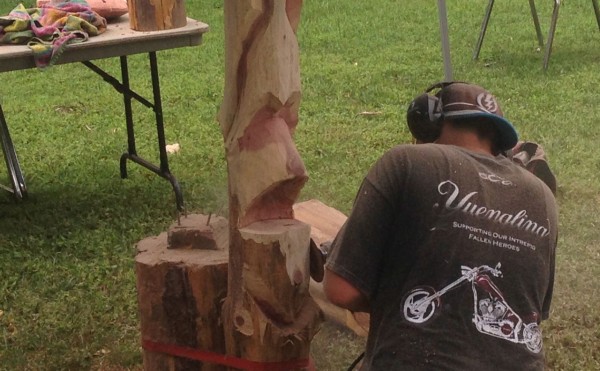 Chainsaw art was demonstrated in one area on Academy Street 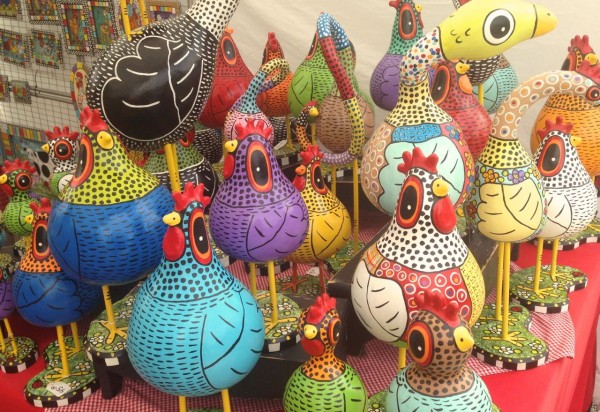 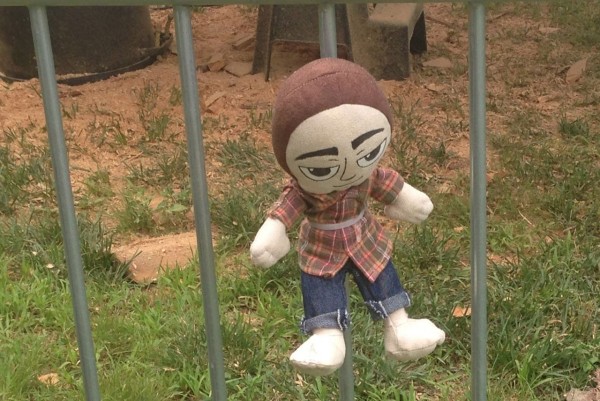 One of The Little Jerry dolls hidden around the festival 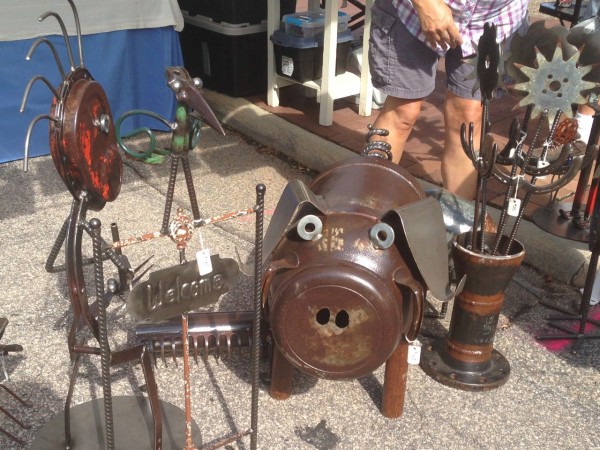 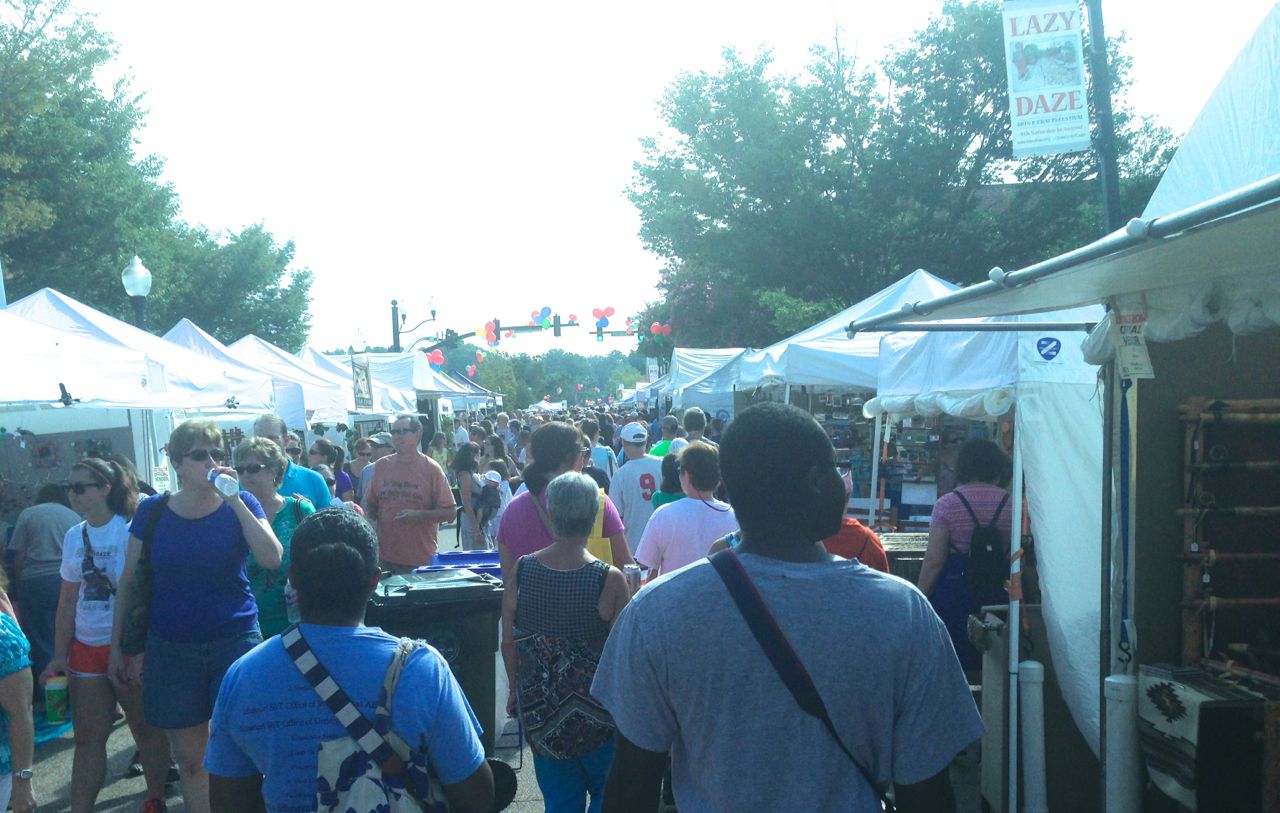