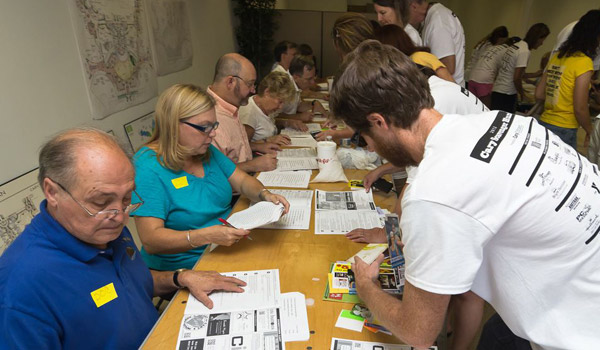 Cary, NC — The Cary Scavenger Hunt has many excellent ways to connect with your community, but one of the most fun is who you meet when your scores are tallied. We employ Cary Celebrities. Really.

This is the 5th year that CaryCitizen has produced the Cary Scavenger Hunt, and the 4th year we have employed some of Cary’s  famous faces to help with the task of scoring our teams’ efforts.  We would like to take a moment to introduce you to these illustrious folks. If you have signed up to be a part of our adventure, you will meet them in person. You’ll be glad you did!

Our Judges include Mayors, Police Chiefs, presidents of non-profit organizations, and directors of Town of Cary departmental staff. 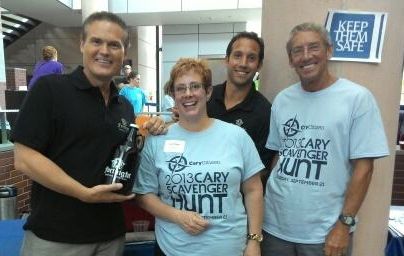 Councilwoman Lori Bush and Mayor Harold Weinbrecht are competing again. Think you can beat them?

Cary’s own mayor will be competing on a team again this year alongside council member Lori Bush. They will challenge a team that includes another Town Council member, Ed Yerha.. Think you can beat these folks? People did last year, that’s why they are back to try to take the title. Maybe you could win instead?

We would like to thank some other volunteers that you will also meet during the day when you check in. Thees folks are the back bone of MANY Cary events, and they graciously have joined CaryCitizen again this year to lend a helping hand.

Bright and early on event day morning you will be greeted by Barbara and Phil Shepherd. You may know them from the Sister Cities Organization (they created the Beer Garden at Lazy Daze) and both serve on numerous other advisory boards. David Lindquist is the current chair of Parks Recreation and Cultural arts advisory board, and is an accomplished singer with the Concert Singers of Cray. Vicki Scoggins Johnson of Morrisville’s Town Council will be checking you in during the morning. 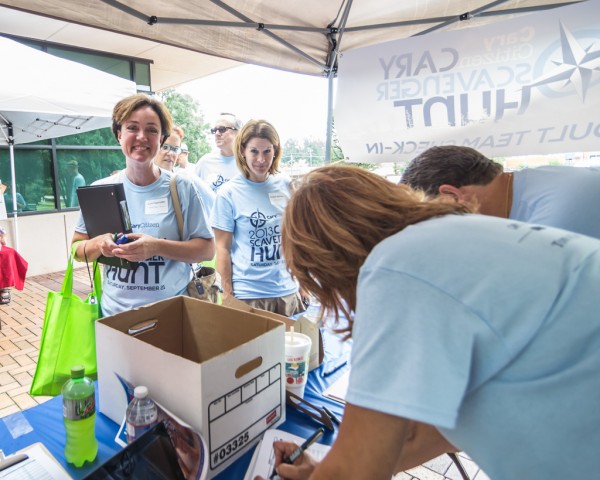 Teams returning from their adventures in 2013

In the afternoon, our staff includes Joy Pike and her husband Dan, who are consummate volunteers, serving on the Heart of Cary Association, and on the Festivals committees that produce Lazy Daze, Spring Daze and Ole Time Winter Festival. They will be keeping you in line this  year! They are joined by Ian Henshaw of the Tech Tank Force Renee Groom and Husband Larry of Heart of Cary and Avon cosmetics among other groups. We have even recruited our accountant, David Prins of Mindful Financial to help us this year.

And the piece de resistance- we have live scoring will be provided thanks to software created exclusively by Wake Robotics.   The group will be on hand to assist with any technical difficulties. But we know scoring will go faster than ever and teams will be able to see how they did immediately, and compare their results with other teams in a scrolling leaderbaord that can be viewed from monitors on site as well as mobile devices. we will keep the scores live til NEXT YEAR!

So what are you waiting for? Come join the fun- your adventure awaits!