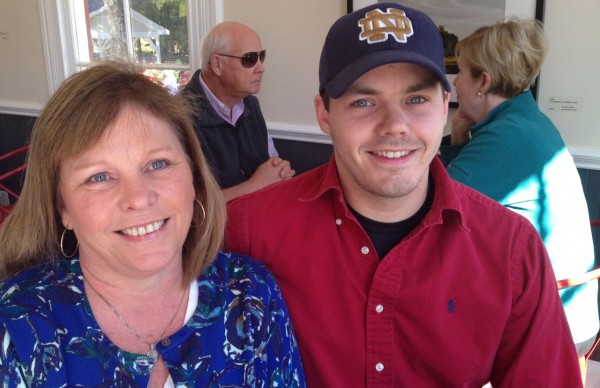 Cary, NC — Sheila Ryan has owned and operated Mahoney’s Irish Pub on SW Cary Parkway for four years. Next month, she will close Mahoney’s and relocate the business to Downtown Cary with a new name: Crosstown Pub.

Be A Part of the Downtown Excitement

This past year, the activity in Downtown Cary excited Sheila and her brother, Dennis. Recently, Dennis passed away, leaving his business, Mac’s Tavern, to be operated by a close family friend.

Sheila and Dennis had been eyeing several locations for their new pub, including the 3rd floor of The Cary and the old Mitchell’s Pharmacy next door. With the lease at Mahoney’s up for renewal, they started thinking that it might be nice to join the renaissance happening through Downtown Cary’s revitalization. When Chef Hamm of Cafe 121 announced that he would be closing his doors on East Chatham Street beside The Cary Theater, Sheila and her family decided that this was their chance.

Mahoney’s will stay open until November 2, giving them a week to remove everything before the lease officially expires on November 10. Much of the kitchen equipment will move across town to the new location. Sheila hopes that most of their pub’s current staff will make the move as well.

Sheila and Dennis were no strangers to opening pubs in the area. In addition to Mahoney’s, they helped open Tir Na Nog in Raleigh and Mac’s Tavern, which has been a popular Cary watering hole for over 10 years. Now, Sheila and her children are all proud to be partners in this new venture.

Sheila’s son, Sean, is overseeing operations for Crosstown Pub, and her daughter, Colleen Ryan O’Cain, a teacher, helps where she can. Another son, Brendan, works with Crosstown’s sound and lighting as he does for the Town of Cary and Apex. Sheila’s son Kyle provides additional support, despite the long distance of his home in Charleston.

The family has plans for an L-shaped bar that will seat 12-14 at the back of the restaurant. To give the pub more presence on the street, an awning with sidewalk seating is planned. Another door will be added to the second side of the space, allowing a total of 50 patrons. If all goes according to plan, Crosstown Pub should open mid-December.

With the upcoming opening of the Mayton Inn and Belle’s recent debut, Sheila hopes that Crosstown Pub will help “the start of nightlife Downtown. Hopefully others will follow.” The pub will open at 11:00 am for lunch, serve dinner at 5:00pm, and run until midnight during the week. It will stay open til 1-2:00am on weekends, with the kitchen staying open as late as the bar. The group may add music and games such as trivia and darts.

Crosstown Pub will be different than Mahoney’s– it won’t have an Irish theme. Sheila’s son, Sean, said that leaving the Irish out opens up an opportunity for Crosstown to be a “gastro pub”.

Downtown coverage sponsored in part by Heart of Cary Association.