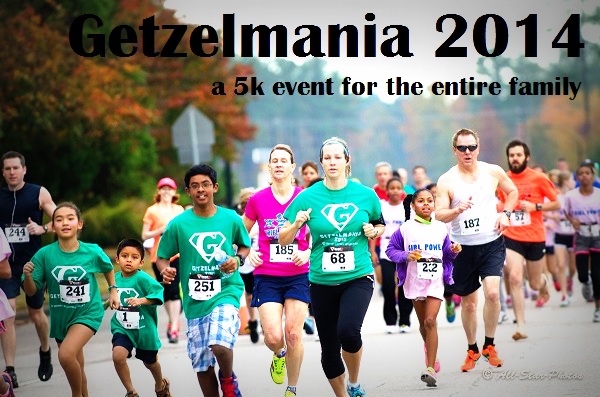 Morrisville, NC — The Getzelmania 5k will take place on Saturday, November 8, 2014. This fun event is very special to the family of Stephen Getzelmann, who passed away from a streptococcus infection three years ago.

For three years now, Bridge Community Church has partnered with the Town of Morrisville to host a Getzelmania 5k run. Proceeds from the run will go to the Getzelmann Fund–a program that supports widows, orphans, and other causes that were important to Stephen Getzelmann.

After Getzelmann’s sudden death in December 2011, the Bridge Community Church of Morrisville wanted to show support and care for his family–while giving back to the community. This weekend will mark Getzelmania’s third successful year, as 800+ people are expected to attend the event! Most of the attendees will be from Morrisville and West Cary areas.

An Event for Everyone

The annual Getzelmania 5k is a “fun run” that is perfect for the entire family. Participating in the run is encouraged, not mandatory, for event attendees. Getzelmania hosts hope that the community will come to the event to simply be a part of the experience.

In addition to the 5k, the event will also include face painting, raffle items, balloon animals, and a bounce house. After the 9 a.m. 5k, a free 50 yard dash for preschoolers will take place. Kids ‘R’ Kids will provide capes for each preschooler to wear during the run, and no registration is required.

Get Ready to Run

The Getzelmania 5k course includes two water stations and has been certified.

5k awards will be presented to the first three finishers (for both genders) and to the top finisher in a variety of age groups (also for both genders). Sponsorship and volunteer opportunities are still available! Visit the event’s webpage for more information.

Packet Pick-up
Stop by Omega Sports in Morrisville the day before the run to receive your bib#, t-shirt, and goodies from sponsors.
Friday, November 7 from 3-7 p.m.
3025 Market Center Drive

Story by Jessica Patrick. Photo from the Getz5k website.