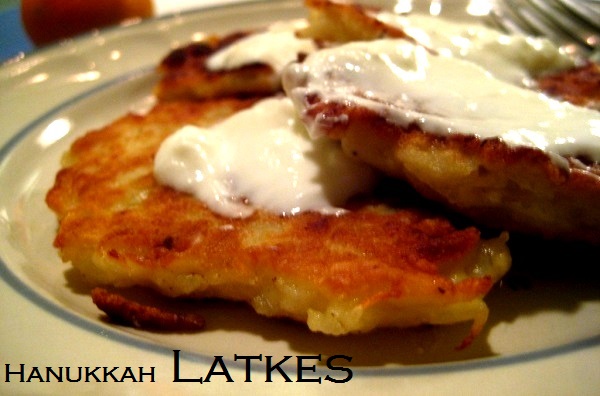 Cary, NC — Like many families in Cary, we will celebrate the first night of Hanukkah (Tuesday, December 16, 2014) by lighting a menorah, spinning dreidels, and eating traditional foods like potato latkes.

Here’s my disclaimer: I wasn’t born a Jew–I married one. With that union, I became the honorary shiksa in the family. At the same time, I also became interested in all of my husband’s family traditions.

My favorite tradition? The latkes. Potato pancakes fried in oil to symbolize the oil in the temple that lasted not one night but eight. This allowed the lamps to remain lit while the eight day process to make more oil was completed.

We usually make our latkes on the first night of Hanukkah, and this is one of our favorite family holiday traditions. The recipe is deceptively simple but, as any good Jew knows, making good potato pancakes takes a knack. Years of making them have given us some “kitchen hints” that make the task easier.

This makes a delicious appetizer or side. We usually have a roast chicken and a green vegetable with this dish.