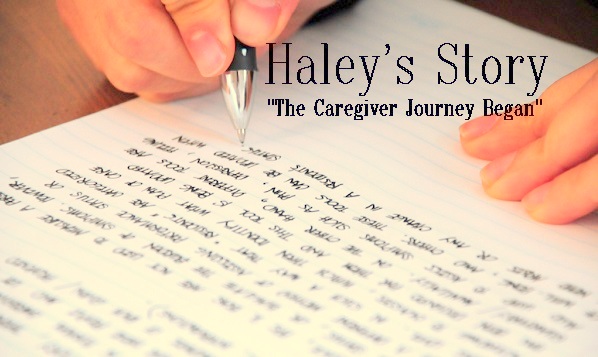 Editor’s Note: Last month, Haley Gray, author and senior advocate, shared her motivation and reasoning behind her book, Choosing a Caregiver: Expect the Best and Know How to Ask for It. Each month, she’ll share stories about her personal experiences of finding care for aging parents to help provide comfort and guidance for those in similar situations.

Cary, NC — Both of my parents moved to Cary in 2005. Mom had been diagnosed with Multiple Sclerosis (MS) in 1987, and we understood that she needed to be cared for. My dad’s health seemed fine from a distance, however, it quickly became obvious that there was something serious going on once my parents moved here.

A number of alarming changes in his health and mental state became apparent. The most obvious was how easily he was overwhelmed by moving here. Growing up, we moved numerous times – across continents – and it never seemed to faze him. This time, though, it seemed to really take a lot out of him.

I noticed that Dad had a hard time deciding where everything coming off the moving truck should go. I later discovered that he gave a number of things to the movers, including some valuable paintings, a tapestry, and who knows what else that simply disappeared in the move. Some things he later remembered, and we were able to retrieve those items. Other things weren’t missed for a while and were never recovered. It took a while for us to understand the seriousness of his confusion.

We had to hire someone to come out to Mom and Dad’s house and help with simple tasks. We were blessed that we found good help quickly for chores like changing the kitty litter boxes, cleaning, and meal preparation. My parents were able to establish themselves with doctors and settle into a routine here in North Carolina. We were lucky that they asked for help with paying bills before that got to be too overwhelming.

Over time, the decline in my parents’ health became more and more obvious. It also became apparent that my dad considered himself above going to the senior center to find friends. After all, he said, he wasn’t old – he simply didn’t see himself that way. I mentioned looking at a senior community with them and was stonewalled.  I was concerned that many of the communities have long wait lists and was worried that my parents’ health would prevent them from being admitted. Dad was adamantly opposed.

Walking became increasingly difficult for Dad, and the pain in his back became a never-ending problem. We sought help from orthopedists, pain specialists, and, eventually, neurologists and neurosurgeons. I asked a ton of questions, but got no helpful answers. We were told Dad was an alcoholic and that, once he quit drinking, he would get better. He quit drinking and kept getting worse. He ended up in the hospital a couple of times for testing.

When he was discharged, it was scary. With each discharge, my dad was given orders for home health care. We were assured that would be enough help at home. Little did we know that home health meant a nurse would visit him a couple times a week for only an hour or so. Some of the care he received at home was physical therapy. It had not occurred to us that he needed around the clock care – and that home health services were not the same thing. I found myself shouldering increasingly more caregiver duties for Mom and Dad.

Like so many other women, I was balancing the needs of my family – including young children, a husband, and a full time job – with taking care of my parents and trying to get them the right resources. It was difficult to keep a healthy balance between all these responsibilities at once. It was challenging and draining. It was during that time that I decided that there had to be a better way to lovingly care for my parents and keep up with my other responsibilities as well.

Check back next month for another story by Haley.

Story contributed by Haley Gray, MBA, CSA, CEO of Extension of You Home Care and author of Choosing a Caregiver: Expect the Best and Know How to Ask for It. Read more of Haley’s stories. Photo by jeffrey james pacres.

Dig In! to Urban Community Gardening in Cary
Scroll to top