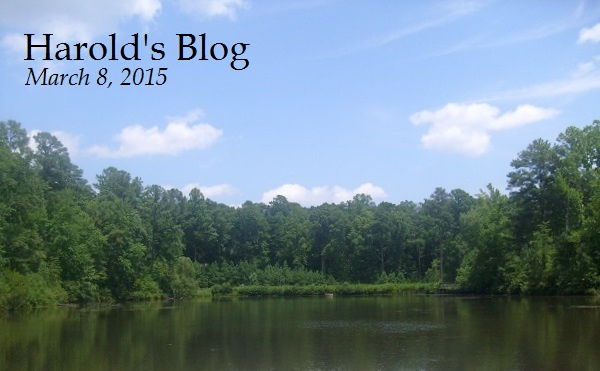 Cary, NC — This week was a busy week, as the town council and staff began holding some of the meetings that were postponed from two weeks of snow.

My first event of the week was on Monday at Kingswood Elementary, where I participated in Read Across America Day. I visited a 5th grade class of STEM students and read a small book written by Jamie Lee Curtis. Afterwards, I answered a couple dozen questions.

Some of the easy questions included my favorite sport, color, subject in school, etc. Some of the more sophisticated questions included town recycling efforts and the town’s involvement in the building of the Mayton Inn. My entire visit was less than an hour. I had a wonderful time and hope to get invited back in the future.

Later in the day, I met with the town manager for our weekly one-on-one meeting. Most of our time was spent talking about the upcoming placement of Google Huts around town. From my understanding, these huts are necessary as a type of junction point for the fiber.

The huts are roughly 14 feet by 22 feet and have been made of precast concrete in other cities. They will be located on town property. Since these aren’t attractive structures, it will be our hope to get them appropriately screened.

Other items the town manager and I discussed included technology and the upcoming budget. The budget will once again be challenging this year with requests far outpacing our operational capacity. This is, of course, exacerbated by the NC legislature which continues to take revenues away from municipalities.

In addition, Cary is scheduled to have a two cent increase in taxes this year as part of the 2012 Bond Referendum. If we are able to create a budget at that tax rate, we will likely continue to have the lowest tax rate in the county.

Tuesday I met with lawyers, the town manager, the deputy town clerk, and town finance people to sign bonds that were sold as part of the 2012 bond referendum. These bonds were purchased mostly by large insurance companies who spent millions.

Tuesday night the council held the first of two work sessions planned for the Imagine Cary’s second phase to provide direction in six major plan areas. Before we began the work session, council went into a closed session to talk about economic development and a law suit.

The remaining hour and 15 minutes was spent on Imagine Cary. At this work session we focused on three of the four general policy topics. Council provided feedback and agreed to the following general policies under the three topics.

Where we would live

Where we would work

Where we would shop and dine

At our next Imagine Cary work session on March 24, 2015, we will focus on the last general policy topic, the southwest area, and the downtown area.

Wednesday, I talked with a group of high schools students who were part of the Cary Chamber’s Youth Leadership Program. They were spending the day learning about local government, touring various parts of town, and listening to various government speakers. I told them about my duties as mayor and then answered questions for about 10 or 15 minutes.

About an hour later, I gave the State of the Town address to the Cary Newcomers Club at their 30th Anniversary meeting. There were over one hundred people, mostly ladies, in attendance. I talked from power point slides that were very similar to the ones I presented at the Cary Chamber in January. Then I answered about a couple of dozen questions. My presentation seemed to be well received. I do hope they invite me back in the future.

Thursday, Cary was once again threatened with inclement weather. After consulting with staff, we agreed that it would be a rain event and decided to proceed with four annexation public hearings and two quasi-judicial hearings. The four public hearings had no speakers.

The first quasi-judicial hearing was for 70 homes in a subdivision along Indian Wells. The main purpose of the hearing was to allow a payment-in-lieu for construction of a portion of Highcroft Drive. Since there was no other part of that road to connect to, the DOT decided not to permit them to cross a stream which they were required to do as part of the town ordinance.

So, the council agreed to allow this payment, especially since they had no other choice. Additionally, they wanted to use a retention wall as part of their edges for stormwater management, which council also allowed. Their final issue was to remove one of seven champion trees on the property. Since it was a sweet gum tree, which is a lower-tier tree, council agreed for the removal and replacement of this tree.

Our second quasi-judicial hearing was tabled at their attorney’s request.

Friday I participated in the weekly Metro Mayors legislative update. About two dozen mayors and representatives from municipalities participated. Here are some of the bills introduced this week in the legislature that could impact Cary:

Additionally our briefing and discussion also included the following points:

Saturday, I gave welcoming remarks at the annual meeting of the North Carolina Train Hosts Association. These men and women are part of more than 100 volunteers from across the state serving as goodwill ambassadors on the Piedmont and Carolinian trains.

Train hosts volunteer their time to ride the trains to assist passengers, promote passenger services, and answer questions about the route, ground transportation, and area attractions. Each one of these volunteers completed a one-day training session and committed to making at least one host trip every 60 days. What a great group.

The schedule is being impacted by these delays. Staff will be looking at how bid delays will impact the overall schedules. In addition, with less competition, the price has a tendency to go up. Recently, bid prices have already increased significantly for other projects. Staff will continue to look for ways to lessen the impact on the schedule and keep the costs as low as possible.

Staff also provided an email with February’s construction activity report. Here are some of the notable points:

Plans under review since the beginning of the year include:

View all the plans under review.

Next week, we will try and get back to normal and hope that the weather will be nice. My activities include several meetings, a council meeting, being a guest reader at Farmington Woods, making remarks at the Tobacco Road Marathon, and attending the Basant Bahar at the Cary Arts Center.

Well, that is all for this week. My next post will be on Sunday, March 15th. Although I have Facebook and Twitter accounts those are not the best means of communications with me. Please send all Town of Cary questions or comments to Harold.Weinbrecht@townofcary.org and email personal comments to augustanat@mindspring.com.