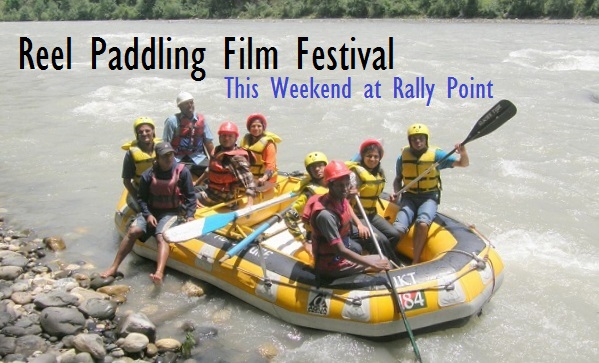 You might call Drew Schenk, Rally Point’s owner, an outdoor enthusiast. He is active, especially outdoors, and enjoys a white-water rafting trip each year.

That’s probably why he chose to hold the Reel Paddling festival, which is known by audiences in the United States, in Canada and around the world for its great films and its means to inspire audiences to venture beyond their normal ways.

Schenk and the Rally Point team are encouraging guests to stop by to enjoy drinks, food and a the series of great films. They’ll even buy your ticket, so admission is free.

You can even vote for your favorite film.

So, as a noun, when we hear reel, we think film festival. As a verb, we might think of fishing. Which can be related to rafting which, in return, has to do with paddling.

You could also appreciate the cleverness of the name if you think of the festival as the Real Paddling Film Festival. As in the best, the real deal, etc.

Whether it’s reel or real, it’s bound to be a good time.

Films at The Cary This Week

While we’re on the topic of films, here’s what’s playing at The Cary Theater this week.

Haley’s Story: Resources for Caregivers of Seniors
Scroll to top