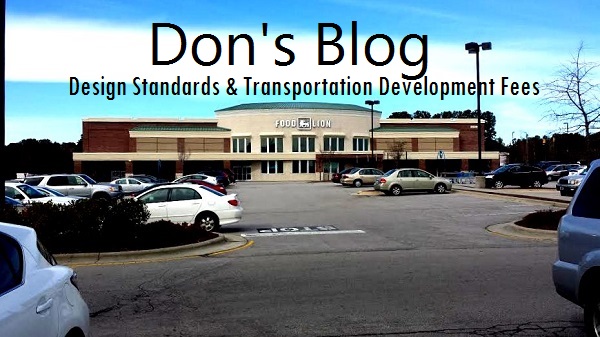 Cary, NC — The council held a worksession on Tuesday, April 28, 2015 to discuss a number of items including a proposed increase to Cary’s Transportation Development Fees (TDFs), Land Development Ordinance Text Amendments and updates to the town’s Building Design Standards. Council members Robinson and Smith were both absent from the meeting.

Town staff and consultants recently completed a comprehensive study of Cary’s transportation development fees on the basis of full cost recovery of thoroughfare improvements and presented their findings and recommendation for a fee increase to council.

The two primary recommendations and discussion items were:

Cary’s TDFs were last increased in 2013 and 2008 respectively. Town staff and consultant’s justification for the proposed increase include inflation and rising construction costs.

Current TDFs for a single family detached home in Cary are $1359.00.

The proposal would increase that amount to $1573.00. Raleigh currently charges $1661.00, and Durham charges $1405.00, so, while Cary’s fees would become higher than Durham, we would still be lower than Raleigh. The cost differentials remain about the same for multi-family construction as well – Cary would still be lower than Raleigh but higher than Durham.

Office and commercial construction is a different story. TDFs for retail development in Cary are currently $1466.00 per 1000 sq ft. The proposed increase would take that number to $1637.00. Raleigh currently charges $2695.00 and Durham’s fees are $4423.00. Both Raleigh and Durham’s fees would remain significantly higher than Cary.

TDFs for office development are currently $2004.00 per 1000 sq ft. The proposal would increase Cary’s fees to $2113.00. Raleigh’s fees are currently $2055.00, and Durham’s are $3366.00. This would make Cary’s fees higher than Raleigh but lower than Durham…whose fees on commercial and office are ridiculously high when compared to their neighbors.

My concern(s) with the proposed fee increase pertains to the commercial/office side more so than the residential. I struggle with increasing costs on the job creators.

You know, the folks like MetLife, Bass Pro Shops, CBC Americas, Deutsche Bank, HCL, SAS and hundreds of small businesses; many of which have fled high tax/fee states looking for a more business friendly climate and highly educated and talented employees like we have here in Cary. Heck, Cary was even one of two finalist cities for USA Tennis out of New York.

Unfortunately, we lost out to Orlando on that one (tough to compete with Disney World, beaches and year-round warm weather) but it’s just another example of what we have to offer here in Cary and what employers and organizations are looking for.

Unfortunately (for me anyways), Cary does not have legislative authority to only increase fees on say residential but not office or commercial. If we choose to increase our TDFs, we must increase them across the board. So again, while I might could be ok with a TDF increase on residential, I really struggle with increasing costs on businesses here in Cary.

Cary’s unemployment rate is around 3.5%, which blows away most everywhere else in the country. I want to keep it that way. So, if lower costs are an important factor in why many businesses are relocating to Cary, why would we want to increase their costs?

When you consider that a number of companies were provided city, county and state financial incentives, I just don’t see how increased costs compliment our job recruitment efforts.

Much of the discussion centered around the proposed changes for building materials in downtown and Cary’s Historic Districts.

Cary’s design standards throughout town call for a minimum of 35% masonry material on new construction of commercial or attached residential. In 2012 the council raised the masonry requirement for downtown to 75%. The thinking was that the increased standard would result in higher quality development downtown.

The result? No development.

Quality projects such as Samuel’s Keep, The Townes of Madison, Highland Village and my personal favorite – Frantz Automotive Center ;-) – were developed under Cary’s 35% masonry standard and have added value to our downtown. We have not seen a new project like those since the masonry requirement was raised to 75%.

It simply increases costs to the point where projects are no longer financially viable. Look at the two images below. Neither of them meet the current design standards of 75%. Why would we want to discourage any more development like this in downtown? 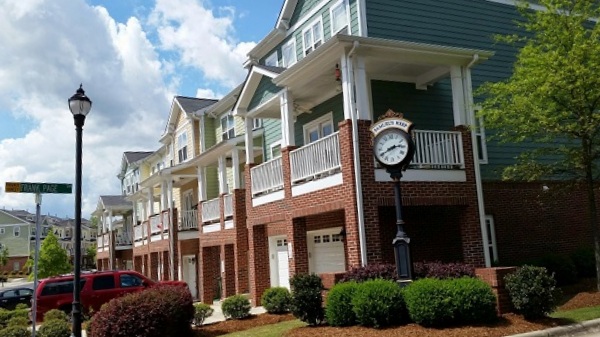 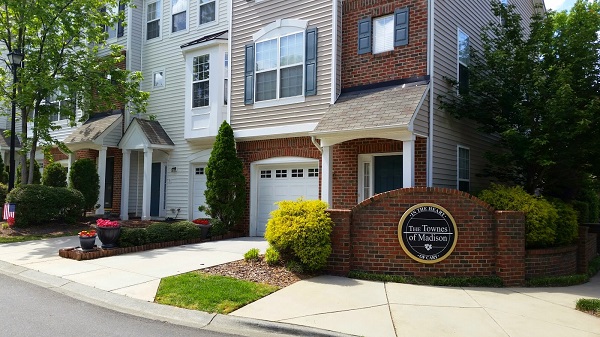 Just so we are clear, a 35% requirement doesn’t mean that is all you get. Samuel’s Keep, for example, is roughly 42% masonry. It is simply the minimum that would be allowed. I am pleased that, at our worksession, the council supported reducing the requirement back to 35%.

Town staff and Cary’s Downtown Development manager Ted Boyd also supported a reduction in the masonry requirement. There will be a public hearing prior to official action by the council.

In regards to Cary’s historic districts – Downtown, Carpenter and Green Level – the thinking was a little different. In downtown for example, many buildings have some amount of brick, while in Carpenter, most buildings are completely wood. To require a brick building in an area such as Carpenter would be very much out of character.

In downtown however, a partially brick building would be in character with its surroundings. So, we decided to continue to require the 35% masonry in the downtown historic district while allowing for all wood construction in Carpenter and Green Level.

I am hopeful the proposed changes will spur more of the private investment in our downtown we are looking for. Time will tell. That’s all for this post. As always, thanks for reading!

From the blog of Don Frantz, Member of the Cary Town Council District B. Photo by Jessica Patrick.

Would You Donate a Kidney to a Stranger?