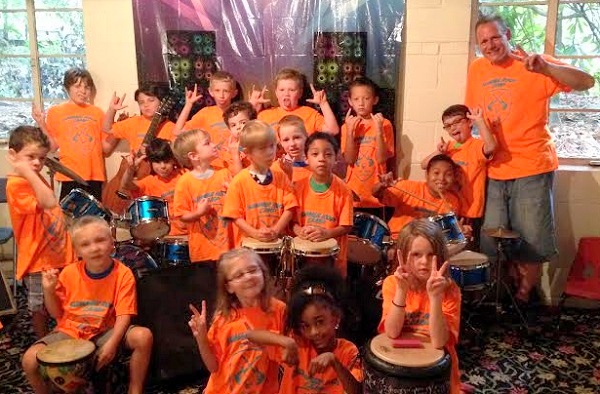 Cary, NC — Tom is a school music teacher for nine months out of the year, but, each summer, he hosts a series of exciting rock and roll camps for young kids of all musical abilities.

Tom Teachout has been a schoolteacher for 25 years and a teacher at Cary Elementary for seven years. Three years ago, with the help of his wife, he started a series of week-long summer camps out of his Harrison Avenue home in Cary.

I talked to Tom on the phone to find out more.

The half-day camps are held in his finished basement–a large room filled with a couple of drum sets, six amplifiers, five keyboards and four different music stations with headphones.

There, in a laid-back, high-energy atmosphere, Tom teaches kids some basics and gives them the resources and guidance they need to experiment with rock and roll instruments.

Although Tom teaches music lessons regularly and can help campers improve their skills, his main goal with these younger kids is to help the campers have a great time. It doesn’t matter if they’ve played before or if they plan to pursue instruments in the future. He told me that:

It’s about planting a musical seed within the kids which will grow and become part of their lives no matter which paths (musical or not) in life they choose. 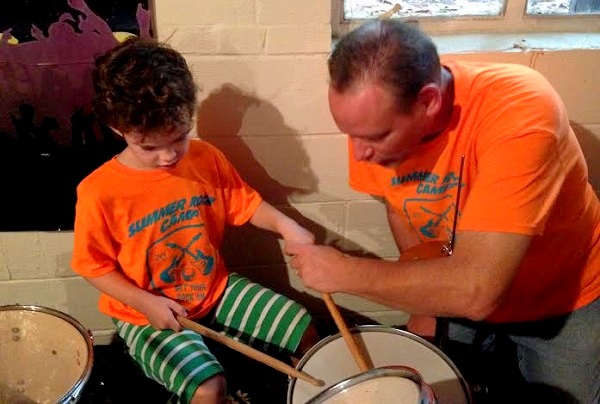 In class sizes of no more than 25 kids per week, Tom creates a rock concert environment for the campers. Kids even get temporary tattoos, t-shirts and rock and roll necklaces.

They can sing karaoke, play along to music coming through loud speakers or try out the electric guitar and drum set, among other instruments. He told me that, “It’s just a fun, jammin’ time.”

To learn more about Tom’s rock and roll camps, or to sign-up your camper, contact Tom directly at 919-564-6030 or at tomteachout@aol.com. 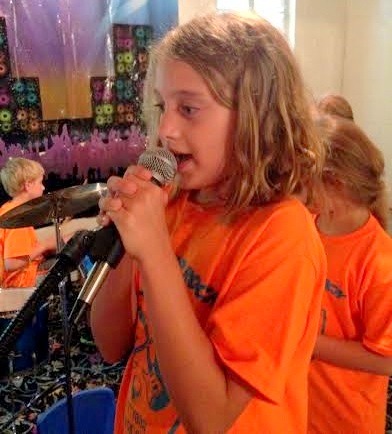 Photos: The Surrender That Ended the Civil War
Scroll to top