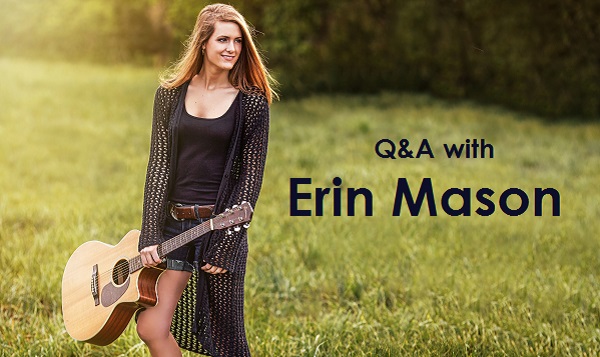 Cary, NC — Erin Mason, a Cary singer/songwriter, just released a new CD on April 30, 2015. I interviewed her to find out more about her music and about her upcoming performance.

Erin is a junior business major at Appalachian State University in Boone, NC. She grew up in Cary and graduated from Cary High School.

Q: Erin, tell me a little more about your connection with Cary.

I love Cary High and had a lot of opportunities to sing there as part of the chorus, a capella groups and in shows where I could perform my original work.

They have a great program. In high school, I also played at charity events, at the tree lighting downtown, and at two of Cary’s Farmers Markets.

Q: What are you up to now as a junior in college?

Up at Appalachian I have connected with ASU’s student-run record label, Split Rail Records, which has done a fantastic job of helping to promote my music and me. I spend my weekends playing shows in Asheville, Wilmington, and everywhere in between and recently finished my first studio project, “Reckless” which we released in late April.

This summer, I will be in Nashville working with a music management company and spending time honing my songwriting. Then it’s back to class and bookings in the fall.

Q: When did you start singing and songwriting?

I started singing as soon as I could talk. For some kids, singing is imitating everything they hear. For me, singing was creating music out of everything I knew. At age six, I began piano lessons with Renee McKee. Her first question for me was, “Why do you want to learn to play piano?” My response? “I make songs and I need to know how to write them down.”

My first original performance was at a recital that year when I wrote a lullaby for my baby sister. In high school, I was writing everything from classic country to piano ballads resembling the style of Adele.  I was emulating different styles as if I were trying on pairs of shoes, just wondering, “Which one will fit?”

Q: What can you tell me about your country/folk/pop style?

I’ve worked on creating music that has a focus on the lyrics and solid writing. There’s way too much music out there that holds no meaning or message or story; it’s catchy, but that’s all it is.

The stories I tell are inspired by my experiences and the experiences people have shared with me. The messages in the songs are my expression of the lessons I’ve learned and things I value. I’m fortunate that people like to hear what I like to play. 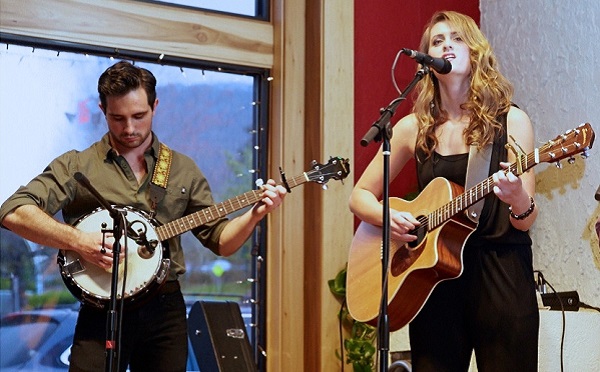 Q: Tell me about your new CD, “Reckless.”

I went through an interview process with potential producers and eventually worked with Mike Garrigan from Two Egrets Studios in Greensboro. He has a great reputation for working with developing artists, and his studio is in perfect spot between Boone and Cary.

Next was choosing which tracks to put on the EP, and I was definitely torn. I have written a lot of songs. With the help of family and friends, I was able to narrow it down to tracks that really capture my heart and soul. “Reckless,” the title song, tells of a girl who has found that her reckless spirit has caused her to become someone she never knew she could become, but in that realization there is redemption and hope.

Q: What would you like people to know about your new CD?

Music brings people together. We all have stories to tell and aches to heal. I hope that these songs can hit home for people, help put music to things people are already feeling and experiencing. [On this CD], tracks cross genres and delve into all different styles, a sprinkle of Pop here, a pinch of Country there, etc.

Genres are awesome—they help listeners classify the music that they like and find similar artists; they help producers, managers, and artists market their work to audiences who already find that style appealing. By creating a CD with multi-genre songs, I aim to share music that has not only comes from my heart but that reaches into everyone else’s hearts.