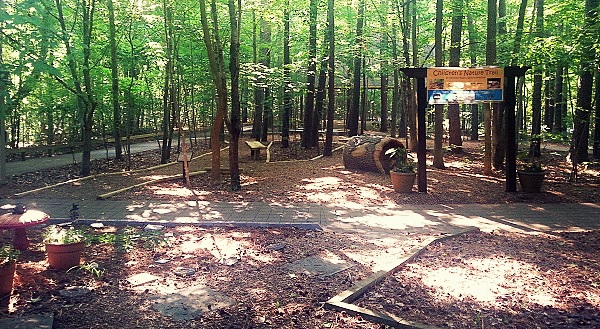 Cary, NC — The Stevens Nature Center at Hemlock Bluffs has been the focus of many new ideas and approaches to nature education since it opened in 1992. The very latest addition–the Children’s Nature Trail–was dedicated by the Town of Cary on National Trails Day, June 6, 2015.

An Idea is Born

The idea of a nature trail for young people came to Laura White, the recently retired supervisor at Stevens Nature Center, in 2012. She became aware of advocacy by Richard Louvre to develop a connection between children and nature through the act of “playing in the woods.”

White’s thoughts gained impetus through the many and growing requests of visitors to Hemlock Bluffs for a playground as an alternative to the aggressive trails and stairs at the Preserve.

Something midway between unsupervised play in the woods (which isn’t an option at the Nature Preserve) and a typical playground (which isn’t desirable at a Nature Preserve) was clearly needed. What ultimately emerged is a special trail designed especially for small children and their parents where, as White notes, “They can explore nature together.”

A basic plan was unveiled in 2013 which gained not only the support of Friends of Hemlock Bluffs and the Town of Cary but also the support of Activate Good (which enabled pro bono help from Raleigh design firm Hager-Smith and grant support by REI, the Jandy Ammons Foundation and a private citizen). In total, over $21,000 had been committed for the purchase and installation of benches, active play elements, artwork and signage.

The Children’s Nature Trail began to take form in early 2014 when Boy Scout volunteers roughed in the trail layout. Trail elements were added by Preserve Staff in March 2015.

Public Works ensured handicap accessibility, and an Eagle Scout Project in spring 2015 led to the construction of benches and the entrance arbor. Ceramic bird silhouettes crafted by local artist Susanne Portonova were added in time for the June 6, 2015 dedication.

What Visitors Can See

The new Children’s Nature Center lies on a small, well-shaded plot of land between the original outdoor education shelter and the classroom wing of the Stevens Nature Center.

Along the short loop trail, three sets of play elements can be found: a concrete “log tunnel,” a log balance beam and a series of mushroom “steppers.” 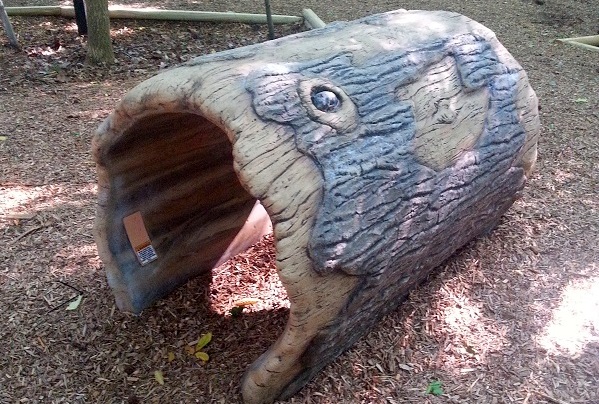 There are also three benches crafted from a tree that grew at Hemlock Bluffs. Along the way, visitors can search for ceramic creatures—various birds and a squirrel. And, it is very possible that living birds and squirrels may visit from time to time!

What the Future Holds

The Children’s Nature Trail is far from complete and, in coming years, additions will be made as donated funds become available. Laura White foresees the construction of children’s picnic tables, a bluebird observation box and a larger-than-life bird nest, among other elements.

Interpretative signage is also being designed and will be added to the trail. Beyond that? More interactive elements are a strong consideration, and it is expected that the Children’s Nature Trail will grow and evolve in unexpected ways in the years to come. 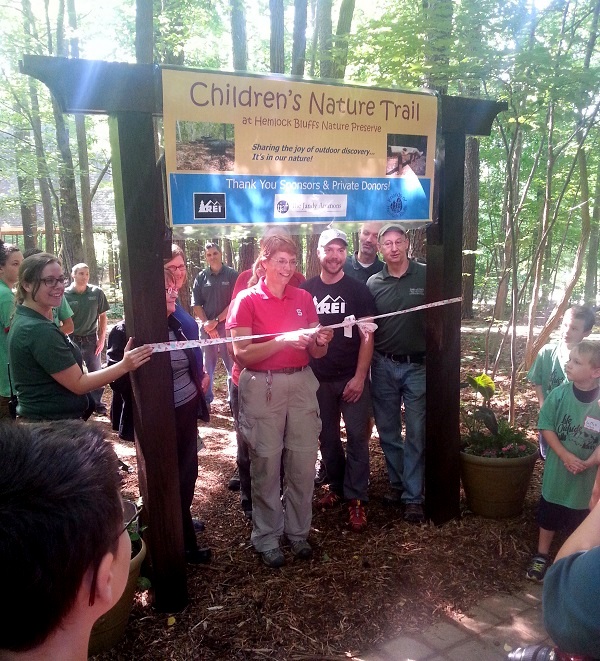 Health: Learn How to Stretch
Scroll to top