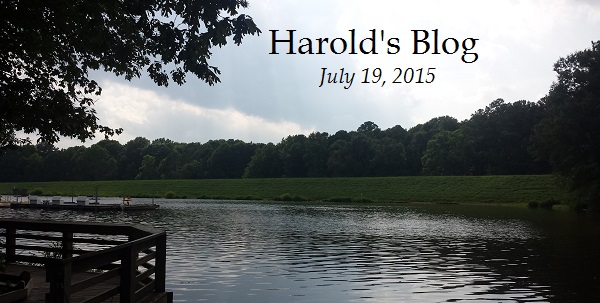 Cary, NC — This was a slower than normal week in the mayor’s office.

Monday I signed the Powell Bill for Cary.

Technically speaking, Powell Bill funds are expended for the purposes of maintaining, repairing, constructing, reconstructing or widening of any street or public thoroughfare within the municipal limits or for planning, construction and maintenance of bikeways, greenways or sidewalks.

Meeting with the Town Manager

Later Monday I met with the town manager for our weekly one-on-one session. I received an update on several items that were mostly non-critical. Our meeting lasted about half an hour.

Wednesday I headed down to Pinehurst for the annual Cary Chamber’s Annual Planning Conference. I gave welcoming remarks and an update to about 100 people in attendance.

My remarks included the town’s partnership with the chamber, an update on current downtown activities and my thoughts for the next five years.

Friday, I participated in a meeting of the North Carolina Metro Mayors.

This was an update on the latest legislative actions.

Based on information provided, there was not a lot of action and, instead, a lot of posturing by the Senate, the House and the governor on the budget. It will be interesting to see how all of this plays out over the coming weeks and months.

Friday at noon the candidate filing for local offices in Wake County ended.

No other candidates filed to run for Cary Mayor. I believe that is the result of Cary citizens wanting to continue in the direction that we have collectively set. During the last eight years I have offered steady, proven leadership that has kept our town one of the best places to live, work and do business in this nation.

I have delivered on my promises to advocate for balanced growth, been disciplined with town finances, protected our environment and brought unprecedented levels of openness to Cary’s government. I am honored and humbled to be unopposed in the October election, and I look forward to serving Cary’s citizens for a third term as mayor.

There were very few emails from citizens this week. Topics included sidewalks, aging issues, interest in a townhome development and a request to meet with first graders in the fall.

Next week will include a work session and a regularly scheduled council meeting.

Well, that is all for this week. My next post will be on Sunday, July 26th. Although I have Facebook and Twitter accounts those are not the best means of communications with me. Please send all Town of Cary questions or comments to Harold.Weinbrecht@townofcary.org and email personal comments to augustanat@mindspring.com.