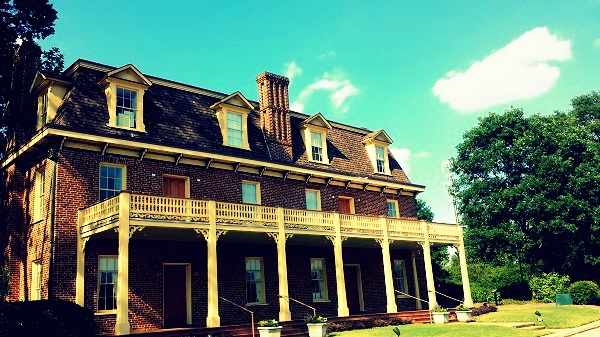 Cary, NC — I learned more about the Page-Walker Arts & History Center‘s incredible history – and met some special people – at their 30th anniversary event on Sunday, August 9, 2015.

As Leesa Brinkley, the Friends of the Page-Walker’s current president, said:

It’s the Friends of Page-Walker’s mission to preserve the history of the community, but, today, we are celebrating our own history.

The Page-Walker Arts & History Center (which is sometimes referred to as the Page-Walker Hotel) is located behind Town Hall and beside the railroad tracks in Downtown Cary.

This non-profit’s focus is to advocate for the preservation of Cary’s historic sites, archive history, facilitate historical education and preserve cultural arts. 30 years ago, in 1985, Anne Kratzer created an organization called “The Friends of Page-Walker” to save this building that still exists in Downtown Cary today. At the anniversary celebration, she told us this story.

An Idea is Sparked

In 1854, Frank Page and his wife had the vision to purchase the land. Later, in 1884, the Walkers purchased the hotel and operated it as a weigh station for travelers. Then, the hotel was placed on the national register of historic places, which formed a “protective shield.”

Fast forward many years later to when Kratzer’s focus on historic preservation was sparked when her neighbor told her that there were old school photos and papers from the 1800’s stored in the basement of Cary Elementary school that needed to be preserved. According to Kratzer:

The school board denied my friends and me access to the school papers and would only permit members from a bonafide organization to preserve them. So, we went home and formed the Cary Historical Society in 1974 and preserved the papers.

The society soon became involved in other preservation activities, including recording oral history and acting as a “watchdog” for Cary’s historic sites. With some help, the Cary Historical Society identified five important historical buildings and wrote the first walking tour of Cary.

The Friends Save the Hotel

The Page-Walker Hotel, which was identified as one of Cary’s five historical buildings, was rapidly deteriorating after it was put in the market on 1980.

“The railroad right-of-way goes through the front of the hotel, which was likely the reason that the hotel wasn’t purchased for a commercial venture,” Kratzer explained.

On the verge of losing the hotel, society members and other concerned citizens formed the Friends of the Page Walker Hotel in 1985. They set out to raise $235,000 dollars to buy the three-acre property.

The mayor at that time agreed that the Town would buy the hotel and land and lease them them to Preservation NC, who in turn leased the land to the Friends and provided them with guidance during the complicated process of restoring it. 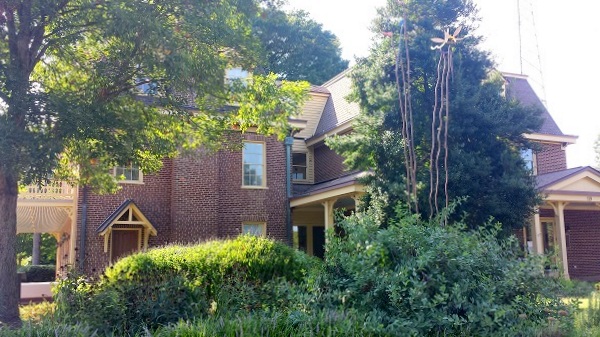 “The friends were an unbelievably energized group full of creative individuals,” Kratzer explained. “We hired an architect, engineer and landscape architect t oversee the project and were able to restore the building’s exterior to the way it looked in a 1918 photo of the hotel. We even had a bracket-painting party in our garage, where we hand-painted every bracket in the building.”

A few major roadblocks threatened to get in the way, but, in 1995, 10 years after the formation of the Friends, Mayor Koka Booth and Town Council assumed ownership of the building and helped the organization reach their goal of $850,000. The Page-Walker was officially open.

Today, the Page-Walker Arts & History center continues to grow in its important mission. On Sunday, I learned that the building had more than 28,000 visitors in 2014.

The Friends of Page-Walker have evolved from a grassroots single purpose organization (saving and restoring the Page-Walker) into a multifaceted group that provides on-going services to the citizens of Cary. The strength of the Town’s partnership with this vital nonprofit group helps make the Page-Walker Arts & History Center the valued community resource it is today.

You can visit the museum and walk around the beautiful educational gardens, which were recently named “The Anne B. Kratzer Educational Gardens” after the organization’s founder.

Many important guests attended, including current Mayor Harold Weinbrecht, former Mayor Koka Booth, many Town Council members and important “friends” who helped save the hotel and spread the message both past and present.

Here are some photos of the festivities: 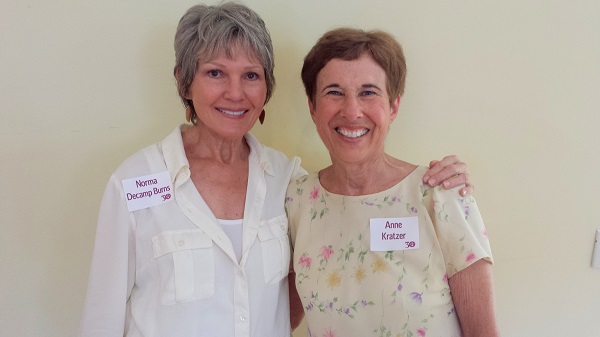 Anne Kratzer (right), founder of the Friends of Page-Walker, stands with Norma DeCamp Burns, who worked as the hotel’s architect during its restoration. 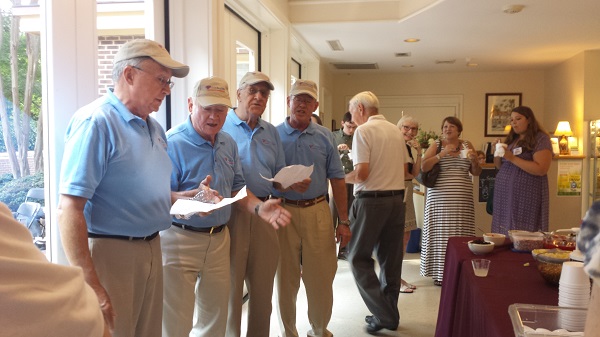 The General Assembly Chorus sang a special song they put together just for Page-Walker’s anniversary. 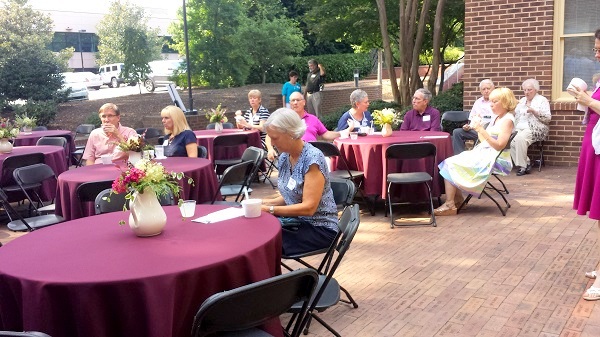 After the presentation, guests relaxed and caught up in the Page-Walker courtyard. 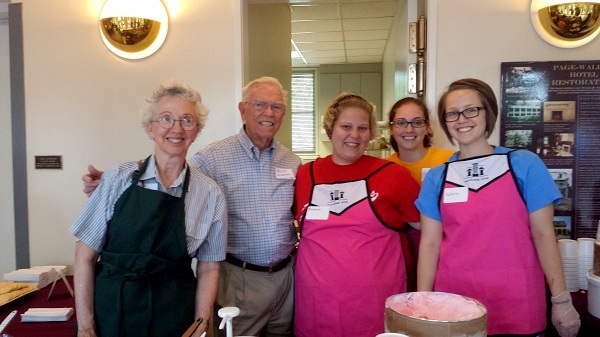 Mr. and Mrs. Ashworth and the Ashworth Drugs team served ice cream to all the guests.