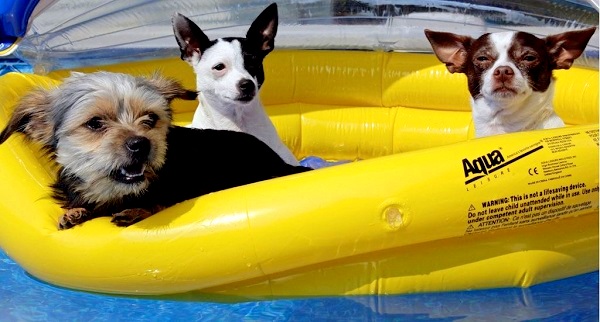 Cary, NC — I’ve noticed that temperatures have been cooler over the past few days. Sure enough, research told me that the Dog Days of Summer just ended on August 11, 2015.

Google explains that dog days refer to the hottest, most sultry days of summer from July 3-August 11. That means Dog Days of Summer just ended – which makes sense when you consider that Cary has seen considerably cooler temperatures in past few days.

According to AccuWeather, Cary experienced temperatures in the mid-high 90’s for five days straight last week. This week, however, we haven’t yet hit that 90 degree mark.

While we can’t predict the temperatures we’ll have for the rest of the month based on this expression, it’s certainly interesting to note. What I was even more interested in writing about in this article, though, is where the expression Dog Days of Summer comes from.

It turns out that it has nothing to do with real dogs at all.

FactMonster states that, “the expression was first named in early times by observers in countries bordering the Mediterranean. The period was reckoned as extending from 20 days before to 20 days after the conjunction of Sirius (the dog star) and the sun.”

Sure enough, according to National Geographic, the star “Sirius” is called the “dog star” by the Greeks, as it makes up the dog’s nose in a constellation called Canis Major.

That makes a lot more sense than my logic – I assumed that the term referred to that lazy, lethargic feeling humans and canines alike experience on the hottest of days. On a summer walk, my dog will literally plop down in the grass and refuse to continue his trek.

I love him, so I’ll pick him up and carry him, but now I know that the expression really has nothing to do with him at all. Did you know what it meant?