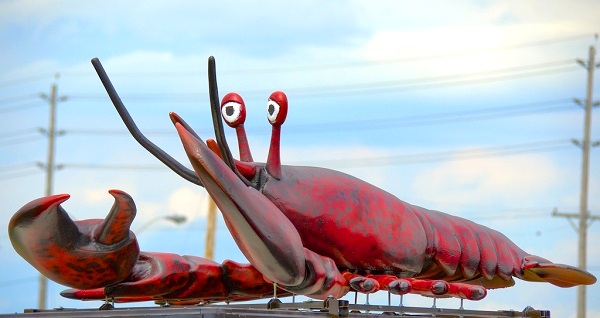 Cary, NC — While barbecue and chicken dinners are the hallmarks for charitable dinner fare in the Cary area, one local church has led the way in doing good works with lobster. St. Paul’s Episcopal Church of Cary is holding its ninth annual Lobster Fest on Saturday, October 3, 2015.

A truckload of live lobsters brought down overnight from Maine has delighted the taste buds of hundreds of diners in Cary for nine years now, but the real magic is the longer-term benefits those diners make possible with their purchases.

Ted Straub, the original “Lobster Man” of the festival, pointed out to me that the event raises more than $15,000 each year. Funds go straight to outreach programs (that is, activities that benefit the wider community) as well as youth events and other projects at St. Paul’s.

The over-130 volunteers working the Lobster Fest have their work cut out for them in 2015.

While live lobsters are sold for those who prefer their own kitchen work, most pick up cooked 1 ½ pound lobsters, and the church has perfected a “Quarta Pounda Lobsta Roll” served on frilled La Farm Bakery brioche. Diners can also purchase complete lobster meals (with indoor or outdoor seating and live music) and party pack specials which are delivered by volunteers.

Over 2,500 lobsters and rolls will be served.

The Lobster Fest menu is as follows:

Triangle Oktoberfest – This Weekend in Cary